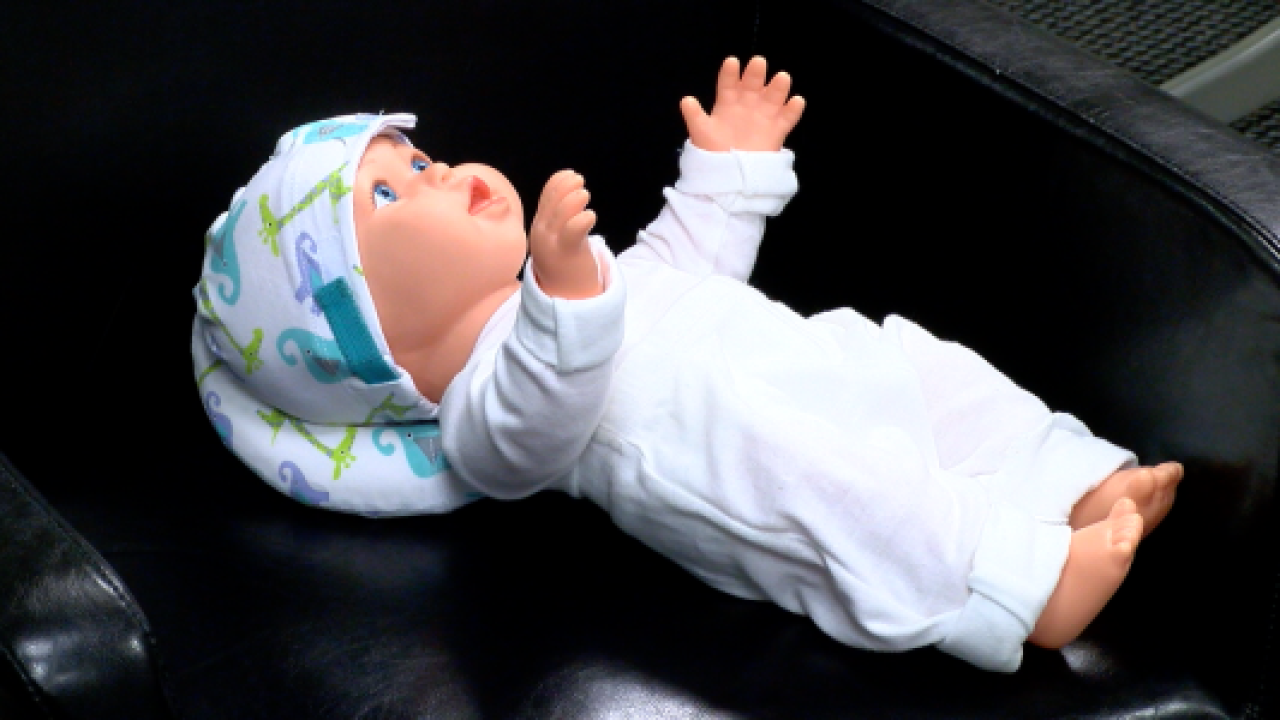 After seeing too many babies with Flat Head Syndrome, Dr. Jane Scott, a neonatologist who practices in the Denver Tech Center, decided to change the path in her career.

In the mid-2000s, she saw many newborns with the syndrome, which is also called Positional Plagiocephaly and occurs when a baby spends too much time in one position. It now affects about half of all young babies and can result in cognitive and motor delays, plus other medical problems.

"I thought to myself: This is such a preventable problem. I need to do something to try to help it," Scott said.

She came up with the Tortle Baby Head Positioner. It's essentially a beanie with a support roll that uses a baby's head and the weight of the head to re-shape it back to normal. Dr. Scott said a lot of parents think that Flat Head Syndrome will go away with time.

"A number of babies have got enough change and flattening in their heads that it really doesn’t just go away when the baby sits up," she said.

Dr. Scott said the Tortle is a much better alternative than making a baby wear a helmet.

Ever since the Tortle was first marketed, parents have been seeing results.

Tortle sells for retail and in bulk at hospitals across the world.