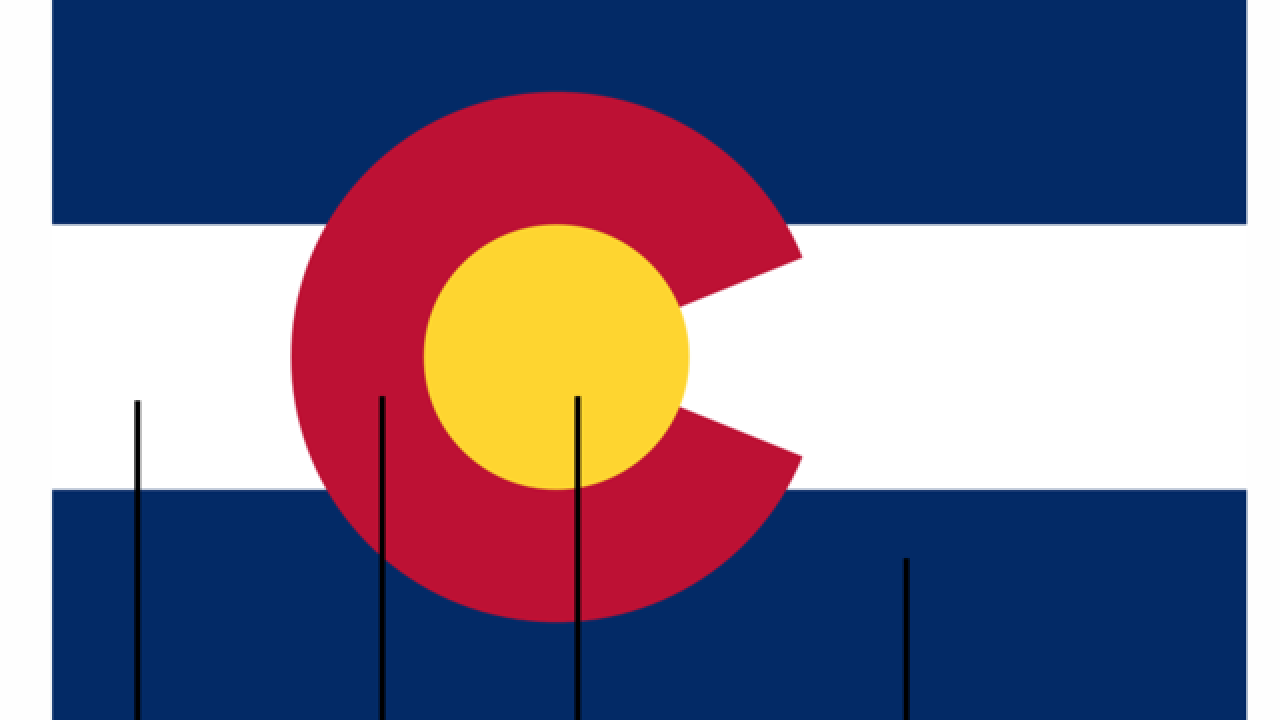 DENVER --  With Colorado Day coming up on Aug. 1, we wanted to know more about the unique and beautiful design of the Colorado State Flag.

The state flag as it appears today was adopted on June 5, 1911 by an act of the General Assembly.

The flag consists of three alternate stripes of equal width, the two outer stripes are blue, in the same color of the U.S. national flag.

The blue is meant to represent Colorado’s stunning blue skies.

The middle stripe is white, representing the snowcapped Colorado Rockies.

At a distance from the staff end of the flag of one fifth of the total length of the flag there is a circular red “C.” It is the same color as the red in the national flag of the United States. The red represents the ruddy colored earth found throughout Colorado. The diameter of the letter is two-thirds the width of the flag.

Completely filling the open space inside the letter “C” is a golden disk. The gold represents the hundreds of days of sunshine enjoyed by the state year-round.

Attached to the flag is a cord of gold and silver, intertwined, with tassels, one of gold and one of silver.