Colorado craft beer is still growing and not only on the shelf: 'We don't even want to chase that' 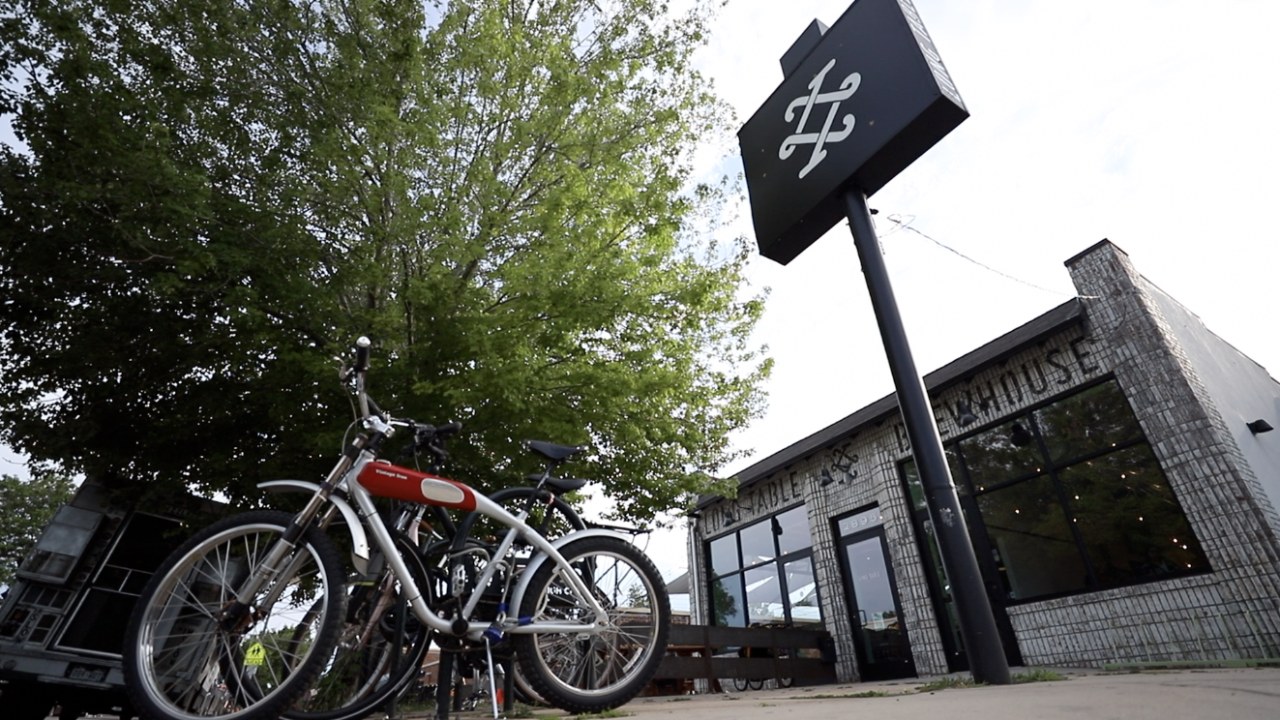 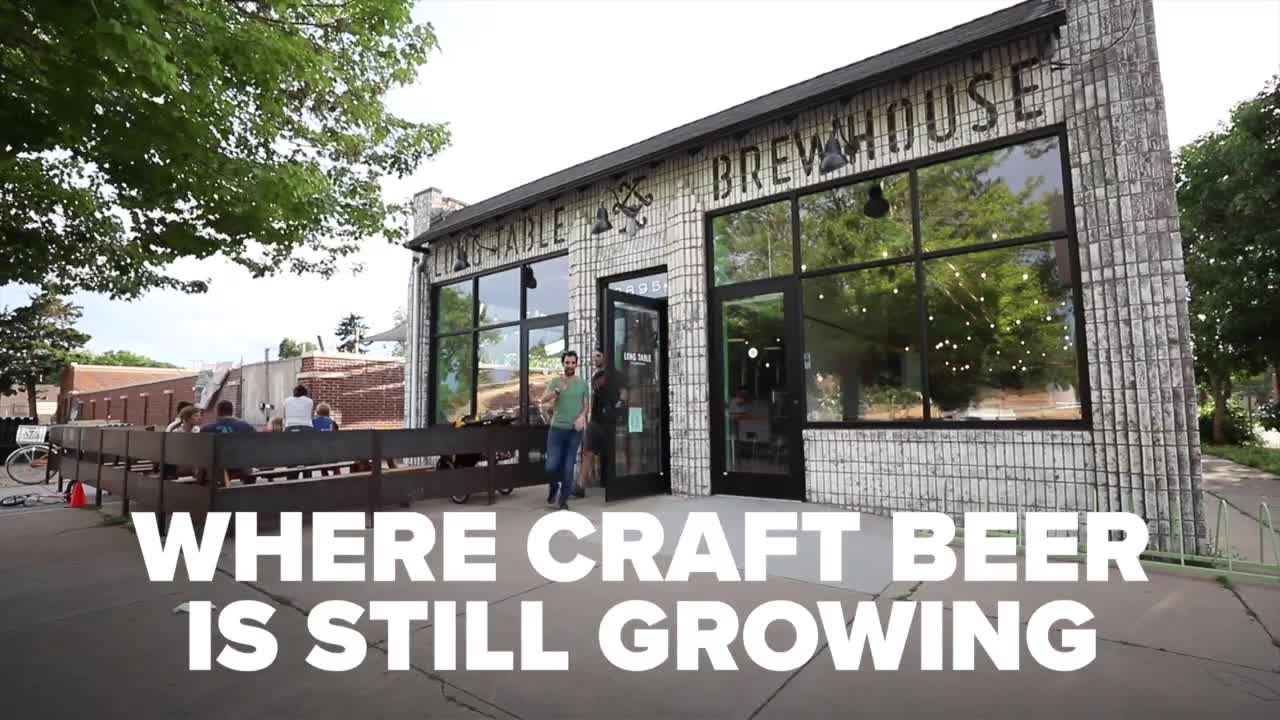 DENVER – The growth of Colorado craft beer in 2019 won’t be found on a shelf at a liquor store, packaged in colorful aluminum cans, one six pack wedged between another.

Instead, you might see it here: Inside of an old Piggly Wiggly grocery store, on a quiet street in Denver’s North Park Hill neighborhood.

The Long Table Brewhouse sits about 15 minutes east of downtown, but far enough from the bustle of the brewery-rich River North Arts District. It opened in May 2018. And it produces about seven barrels of beer per batch – not a single drip of which is sold outside of its walls.

"I don’t know what the magic sauce would be to allow someone to succeed at the shelf level," said Chris Cunningham, Long Table's co-owner and head brewer.

"But I know we just don’t want to chase that. We have no interest in chasing it. There’s a lot of people that do really well at that. But the scales, in order to be economical on the shelf, are greater than what we want to play around with."

Long Table isn't alone. The taproom model has been as much a part of the craft beer boom as anything. But while Colorado breweries open by the dozen, experts see the taprooms and hyperlocal breweries – blips on the radar when compared to large distributors – as a viable path.

"The successful future of Colorado breweries is your neighborhood brewery," said Stephen Adams, known as the Colorado Beer Geek, who tracks every brewery opening for Colorado Brewery List. "The shelves – that's a tough market. For a small brewery, you have to hope for your best in a really good store that specializes in beer. Trying to find shelf space is really tough unless you have a really big name or a really big brand."

Adams pointed to Long Table and nearby Station 26 Brewing Co. which brews out of an old firehouse off 38th avenue, as examples of taprooms that draw neighborhood customers, who might not feel like driving downtown for craft beer. Across town, Novel Strand Brewing, in the Baker neighborhood off Broadway Avenue, is another taproom finding success in that model, Adams said.

No brewery, taproom-only or otherwise, is guaranteed to make it: The popular Fate Brewing Company in Boulder, 38 State Brewing in Littleton and Ironworks Brewery in Lakewood – one of the oldest in the Denver area – all shut down in May. Westword reported six other brewery closings across the state this year.

But the openings are still out-pacing closings by a longshot, said Adams and Bart Watson, the chief economist for the Brewers Association, a craft beer industry group in Boulder. Twenty-four breweries opened in Colorado in the first six months of the year, Adams said, and the annual number of openings has stayed around 50 for the last several years.

Watson said the ratio of openings to closings in Colorado is around 5-to-1, more narrow than in years past, but "still shockingly low," compared to other startups and small businesses.

Watson, in an analysis of nationwide brewery trends in April, noted Colorado's 58 openings in 2018 as among the most in the country, despite already being a "brewery-dense" state. Brewery closings could rise, Watson explained, in markets where new breweries "are simply slicing the pie into smaller pieces."

"The new breweries that come in can't split the pie anymore," Watson said. "They have to grow the pie. Really, it's now about finding those green fields where nobody else is operating."

Long Table found its green field at the corner of 29th Avenue and Fairfax Street.

Cunningham, a chemical engineer and home brewer since the early 1990s, had kicked around the idea of a opening a brewery. He and a business partner didn't have a building, but they kept their eyes open until a stucco storefront with a gelato shop and a crafts store went on the market.

The building, Cunningham learned, was constructed in the 1930s, as a grocery store. It later became a casket company and a dry cleaner and an art studio.

In North Park Hill, the location is about two miles from three taprooms in each direction: Station 26 to the northeast; and Fiction Brewing and Cerebral Brewing to the south, off busy Colfax Avenue.

Cunningham, who decided to leave his job in the oil and gas industry, bet on Long Table's future slice of the city being just big enough. He and his wife, Tauna Rignall, and business partners Ryan and Laura Crisman bought the building in August of 2016. They kept the two front doors – one for the taproom and another leading to the brewery's rentable event space – but went to work on the rest.

They stripped the stucco to its core, revealing art deco-style facade. They installed large glass garage doors, opening up the south wall to a patio. They split the floor plan with the bar, featuring the taproom on one side and the event space on the other. They constructed two large silver kettles in the back corner of the taproom, where Cunningham, on most days, starts the brewing process at 4 a.m. They installed large tanks in the basement, where the beer ferments for two weeks.

When Long Table opened in May of 2018, it was a seven-barrel brewhouse, producing the equivalent of about 14 kegs in a batch. Thirteen months later, it's about the same, staying on pace for about 300-400 barrels of beer per year.

Regional craft breweries, by comparison, produce tens of thousands of barrels per year.

"We are craft beer," Cunningham said. "But we're not trying to compete with [regional breweries]. We didn't build our model to even try, to be honest."

On a recent warm Tuesday night, a few dozen customers filtered into the Long Table taproom and onto the patio. Parents sipped glasses of beer and kids ate dinner from a food truck at the curb. Dogs cooled off in the shade.

"I can look around the taproom right now," Cunningham said, "and recognize two-thirds of the people here. That’s ultimately what we’re shooting for. Folks as us what’s our expansion plan if we’re not going to distribute. Every once in a while you’ll hear a kid squeak out there — that’s our expansion plan. In 20 years, we want to be serving those kids when they come home from college."