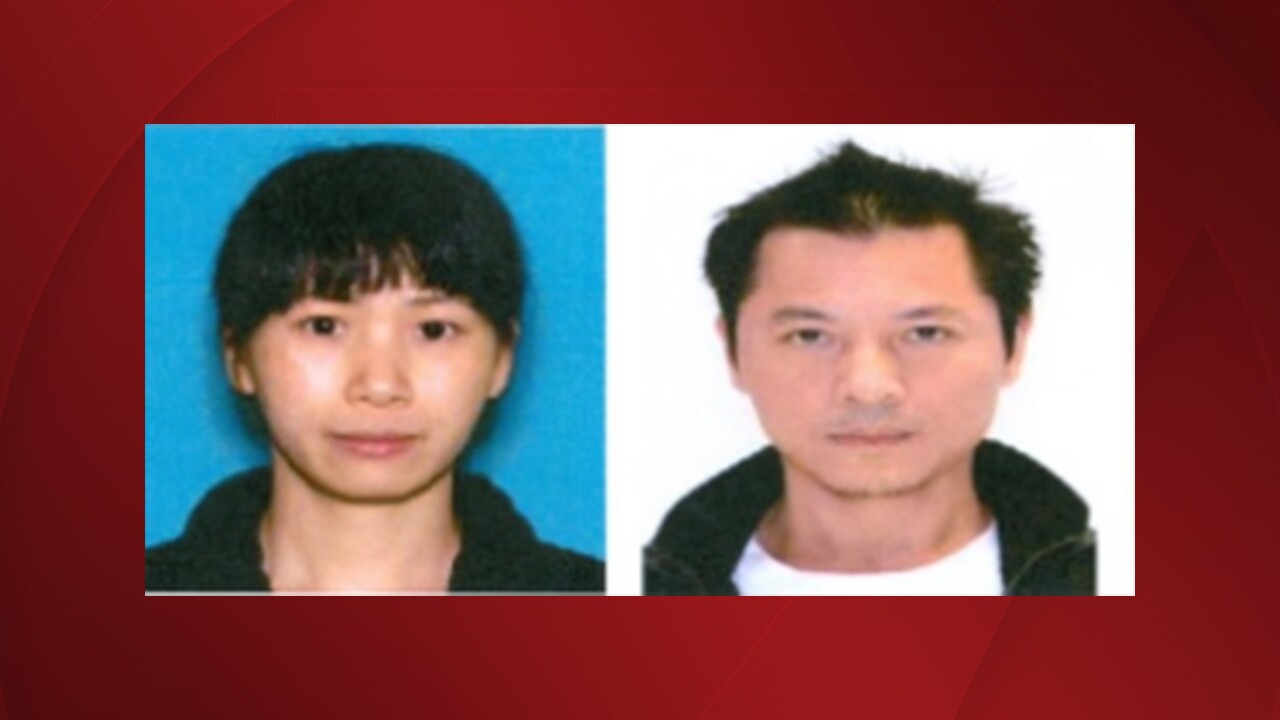 THORNTON, Colo. — A Thornton man and woman accused of fleeing the country and leaving their 7-year-old daughter at home — where authorities found a large marijuana grow operation — have been charged with child abuse, officials announced Thursday.

Zaiqiao Feng and Liu Mei Li were also charged with possession with intent to distribute marijuana and cultivation of marijuana.

The couple and their 2-year-old daughter went missing on March 30. Police said the family's relatives found their older daughter in the home's front yard by herself. The girl told police that her family were going to the grocery store that morning, but they never returned.

Investigators learned that the couple and their younger daughter flew from Denver to San Francisco, where they rented a car and drove to Mexico City, roughly a 40-hour drive, according to an arrest warrant affidavit.

On April 3, the couple was detained while trying to re-enter the U.S. at the California-Mexico border with their younger daughter, according to the 17th Judicial District Attorney's Office.

While the couple was missing, the North Metro Task Force executed a search warrant at their home, located in the 4000 block of E. 130th Way and found the grow operation.

Feng and Li were advised of their charges Thursday morning and their bond was set at $50,000.