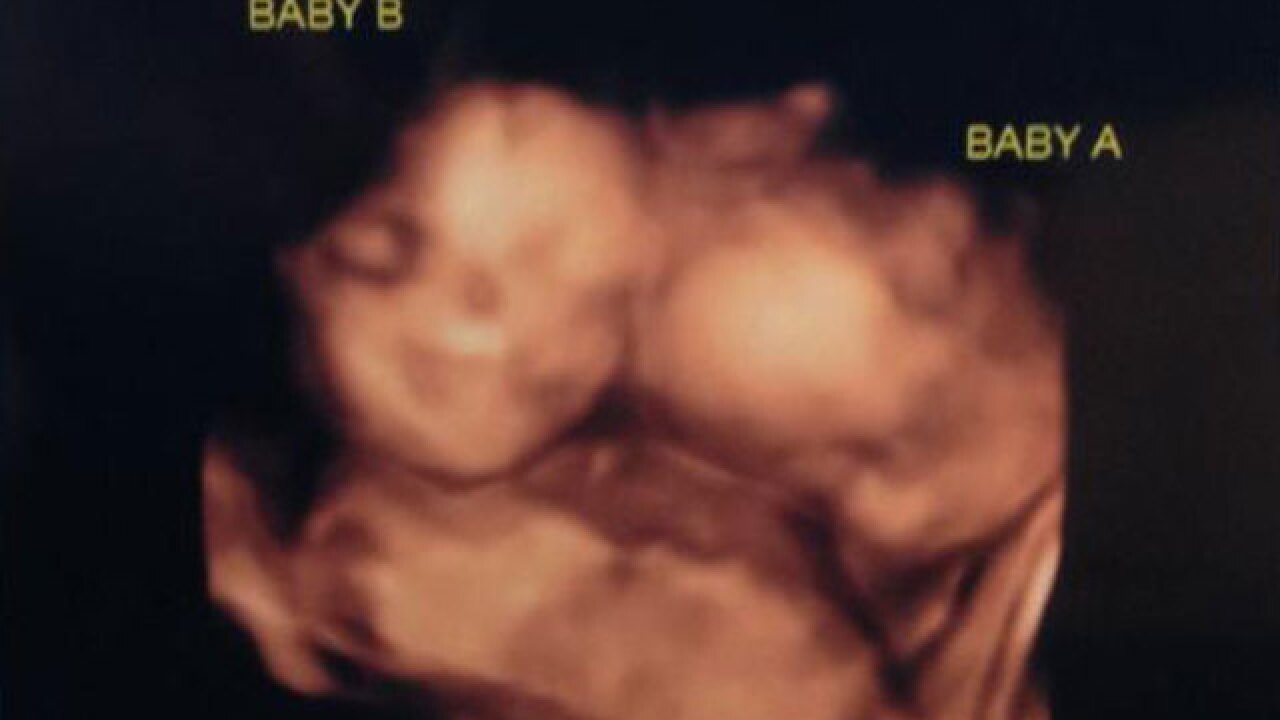 GRAND JUNCTION, Colo. -- A couple from Ouray is expecting a rare set of twins.

The girls, Tatiana and Trinity, share the same placenta and amniotic sac. It's called Monochorionic-monoamniotic twins and it only happens once in every 10,000 pregnancies, according to KJCT-TV .

Parents Jessica Garcia and Keith Hawkins told the TV station they were surprised to hear they were having twins.

“He almost fainted,” Garcia said. “We were just like staring at the screen and were like, 'there are two heads in there!'"

"I don't know how I'm going to be able to hold two of these," Hawkins said as he laughed.

Because of the risk of complications, Garcia has been on bed rest since June at St. Mary's Hospital in Grand Junction.

The babies were due on November 4, but a C-section has been scheduled for September 22 to ensure the risk for the babies is minimized, KJCT-TV reported.