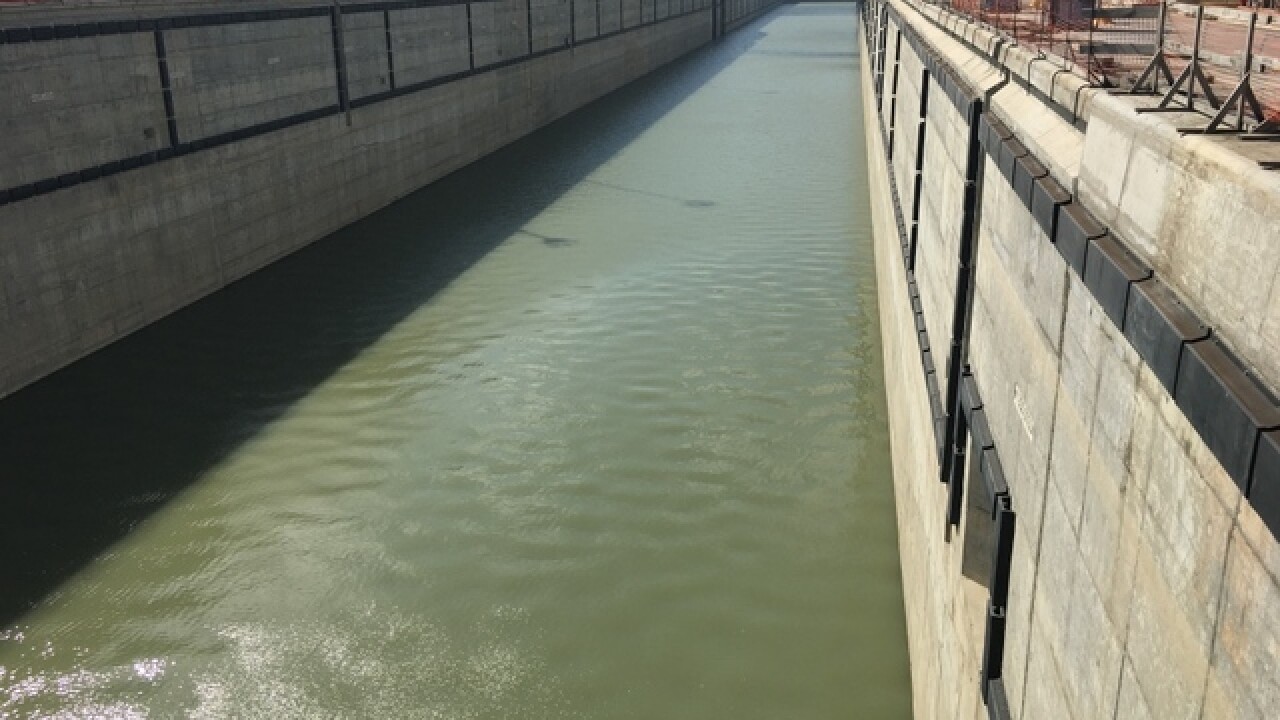 At the spot where the Atlantic and Pacific oceans meet, it's rush hour on the water. Dozens of ships from around the globe are moving toward the Panama Canal carrying cargo, some of it bound for stores where you shop.

But there's a growing a problem. Modern cargo carriers are so monstrous they can no longer fit.

Now a Colorado company has helped to complete the expansion of super-sized century-old canal.

Denver7 was given exclusive access to the colossal construction site in Panama City, Panama.

"This is going to change global trade in the world," said engineer Joe Adams of the Broomfield based firm MWH Global.

Adams and his team have been working continuously to double the canal’s capacity. Adams has been flying back and forth from Denver for the last five years to get the job done.

"I think people in Colorado should care that's they're making a difference in world," said Adams.

He's among the 30,000 people from around the world who are working to build a third set of locks big enough to let these "beasts of the sea" through the Panama Canal.

What’s happening in Panama could impact all of us in Colorado.

The expansion could mean more affordable prices and accessibility to cars, clothing, televisions, even pencils.

"The fact you have an alternate route for bigger ships that will allow that shipping cost to be reduced, it's a good impact for the end consumer," said Ilya Espino De Marotta of the Panama Canal Authority.

The construction project is so enormous, just the amount of concrete is enough to build a highway between Denver and San Francisco.

This modern marvel is re-engineering nature. Starting by blasting away the earth, carving massive new passages.

The chambers are so long, it's twice the size of Denver's tallest high rise, the Republic Plaza.

Special gates shipped in from Italy control the water, basically allowing ships to be floated from one depth to another.

Each of the gates weigh eight million pounds. At one hundred feet tall, each gate is the height of the Ferris Wheel at Elitch Gardens.

Even though the new channel connects two oceans - it needs fresh water to work.

Special holding tanks will recycle 60 percent of the water used to move every ship.

The basins are big, able to hold 70 Olympic-sized swimming pools, full of water.

Technology used in Panama that could eventually impact Colorado.

“We’re facing the same challenges we face in Denver. Water is everything that we talk about in Denver, and lack of water. And that’s what’s driving this project. It’s how do we expand global trade and at the same time preserve water which is a global resource that we’re running out of,” said Adams.

Super-sized and super strong. The new construction is built to never fail. It’s designed to even be able to withstand a massive earthquake, like the one that just rocked Ecuador - about 600 miles to the south.

Adams says this project is so huge, cutting edge - he may never work on something like this again.

"This project would be like winning the Super Bowl in the afternoon and the Stanley Cup finals in the evening," said Adams.

A development using the brightest minds from Colorado to help connect the world.

"For me this is a once in a lifetime experience that I'll never forget, I'll talk to my children and grandchildren," he said. “The highlight of my career certainly is going to be this project. But it’s going to be having had the opportunity to travel to 26 countries, understand the cultures of those countries and now have friends in all of those countries I’ll have for the rest of my life. That’s irreplaceable.”

The project has been faced with delays and cost overruns.

In addition, there are several obstacles facing the shipping industry including a sluggish economy in China.