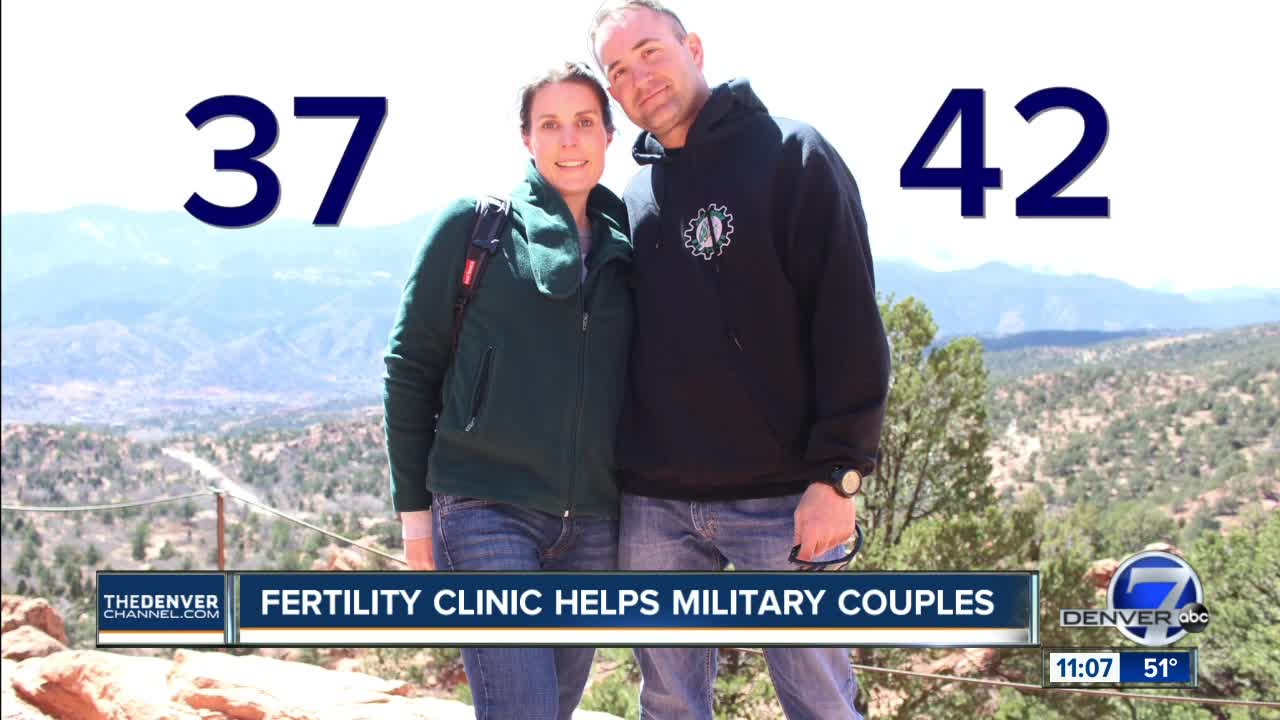 This couple was struggling to get pregnant when they found Reproductive Medicine and Fertility Centers in Colorado Springs, which provides free and low-cost treatments for military families dealing with infertility.

COLORADO SPRINGS, Colo. — When Jessica Von-Minden and Michael Weinstein got pregnant with their first daughter in 2011, it was almost too easy.

"While we were dating, I got pregnant," Von-Minden said.

They never imagined how difficult it would be to conceive again.

Their daughter Hannah is now 8 years old, and the couple has been trying for four years to give her a sibling. After unsuccessful attempts with medication, Von-Minden finally started looking into in vitro fertilization, also known as IVF.

"April is going to be my IVF cycle," she said.

Weinstein is a sergeant in the U.S. Army and is serving a nine-month deployment in Kuwait.

"Because my husband's going to be gone for nine months, he can do his part, and while he's gone, I can do my part," Von-Minden said.

"They deserve it," he said. "And in my mind, this is a service we can provide to those men and women who allow me to work here."

RMFC charges less than the standard amount for IVF, which can cost couples anywhere from $12,000 to $17,000 for a single cycle.

Von-Minden and Weinstein said they're grateful to have found an affordable option.

"It’s good to see some people out there that understand the hardships with fertility that come with military service," Weinstein said in a Skype interview from Kuwait.

He and his wife are hoping she will be pregnant soon, and he'll be home in time for the birth.