Colorado blizzard: Everything you need to know about the 'bomb cyclone' 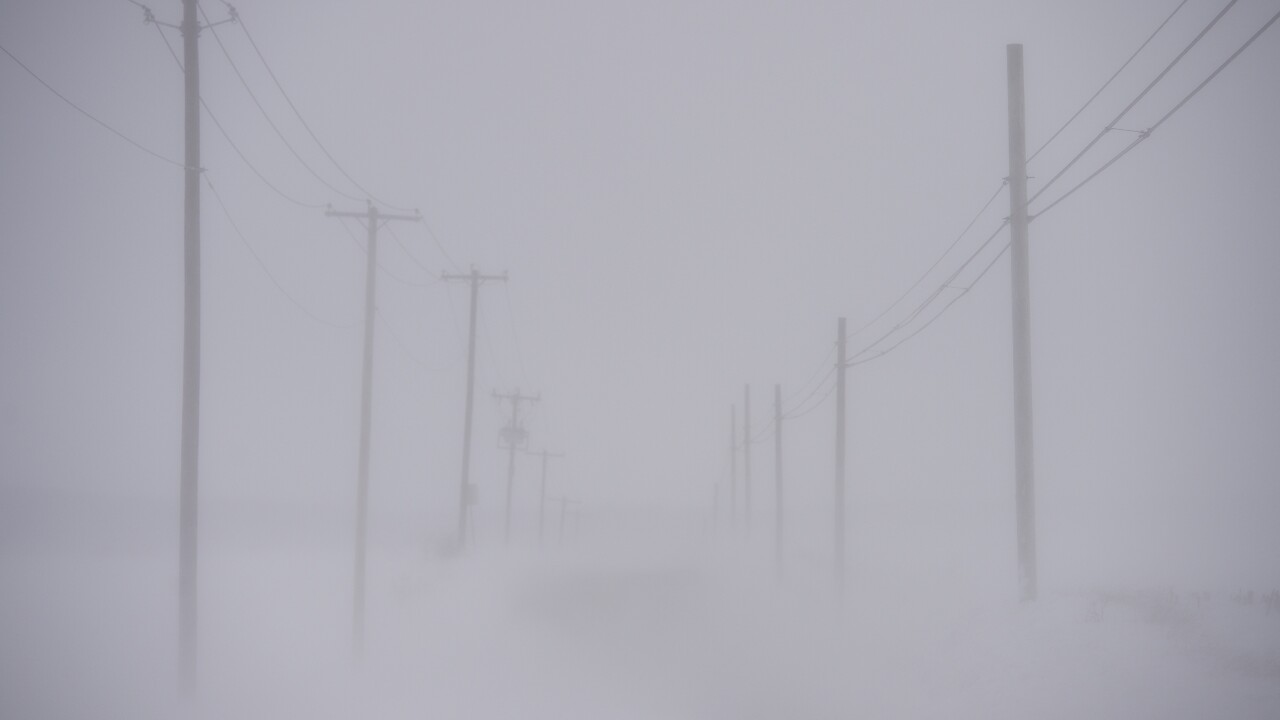 Mark Makela/Getty Images
EPHRATA, PA - March 14: Wind creates near whiteout conditions during a snowstorm March 14, 2017 March 14, 2017 in Ephrata, Pennsylvania. A blizzard is forecast to bring more than a foot of snow and high winds to up to eight states in the Northeast region, as New York and New Jersey are under a state of emergency. School districts across the entire region were closed and thousands of flights were canceled. (Photo by Mark Makela/Getty Images) 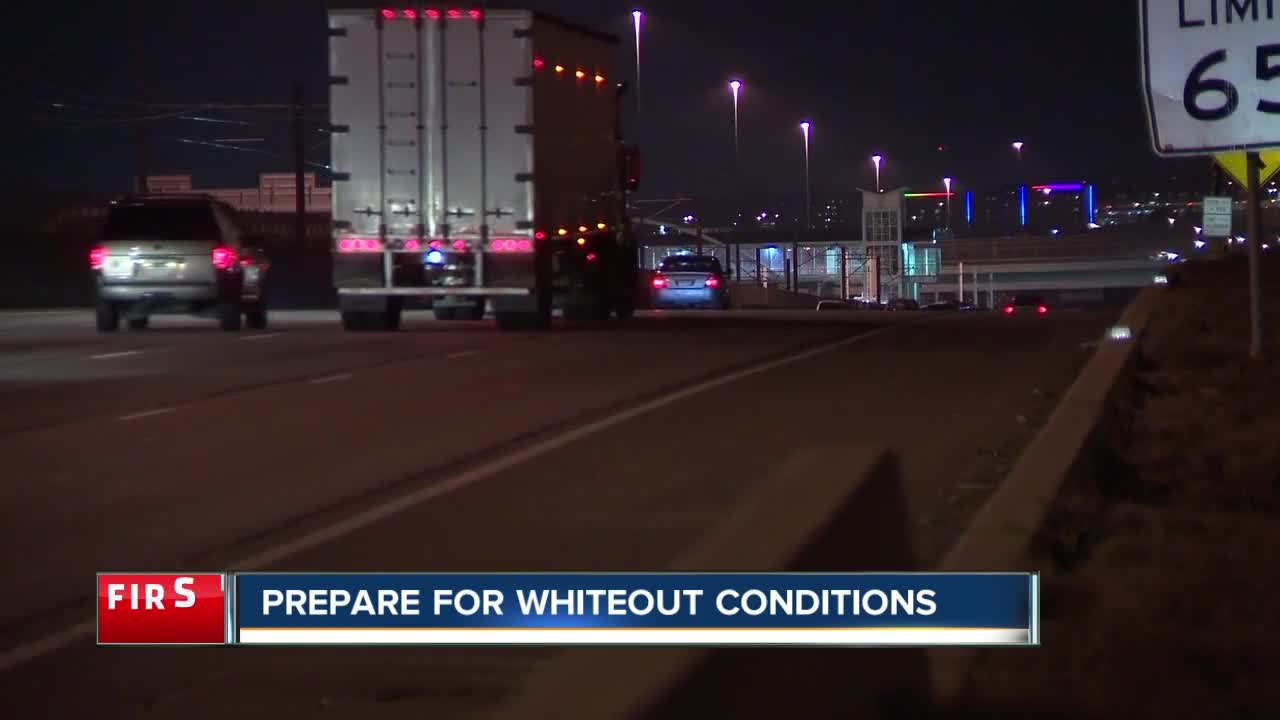 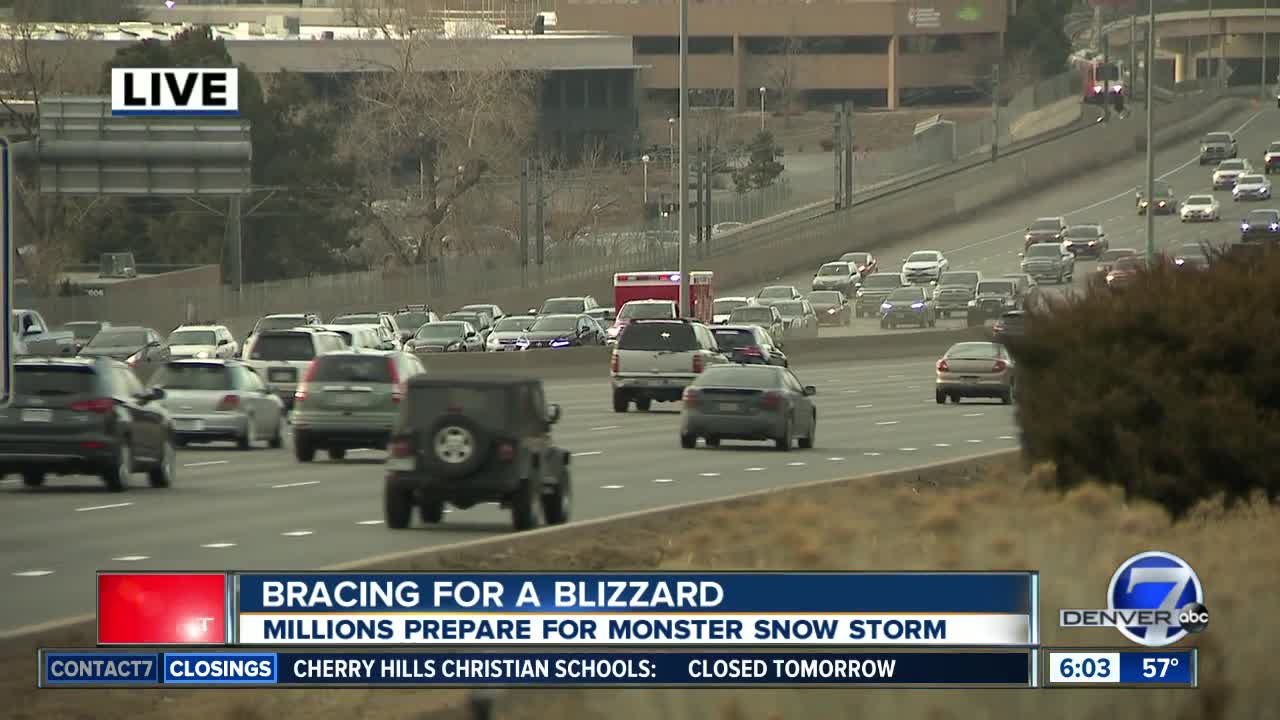 DENVER — The National Weather Service defines a blizzard as blowing and/or falling snow with winds of at least 35 mph, reducing visibility to a quarter of a mile or less for at least three hours. Wednesday's storm is expected to meet and exceed that definition, and the agency has issued a blizzard warning for much of eastern Colorado, including the Denver metro area, from 10 a.m. Wednesday to midnight Thursday.

Although the storm has not hit the Front Range yet, it's already impacting travel and schools as several airlines and districts have announced cancelations and closures.

While this blizzard will be a major winter storm, bringing what the National Weather Service calls “life threatening” conditions, it’s not expected to be as significant as previous ones that have hit the state. But for many people, this will be their first Colorado blizzard and they may not know what to expect.

Here’s what you need to know about Wednesday's "bomb cyclone," a meteorological term meaning a rapid drop in barometric pressure of a non-tropical storm in 24 hours or less:

When and where will the storm hit?

The forecast calls for heavy snow and powerful winds to develop over most of the northeast part of the state Wednesday afternoon. This storm will bring rain and thunder, heavy, wet snow and very strong winds with blizzard conditions as it tracks to the northeast from New Mexico.

For Denver and the I-25 Corridor, the most intense part of the storm will be from 3 p.m. Wednesday until Midnight on Thursday. Blizzard conditions, with wind gusts of up to 60 mph, are likely to develop along and east of the I- 25 Corridor where the heaviest snow is expected to fall.

How much snow will fall?

Between 5 and 8 inches of snow is expected along the I-25 corridor.

Snow amounts on the southeast side of the Denver Metro area, including Castle Rock, will be in the 8 to 12-inch range and will likely see wind gusts of up to 70 mph.

When will the storm move out of the area?

By Thursday, snow will diminish as the storm races to the northeast away from Colorado. Snow showers and winds will diminish, but it will stay chilly. Highs will be in the 30s on the plains and 20s in the mountains.

Wednesday’s storm will likely close highways and make any amount of travel extremely dangerous as blowing snow will reduce visibility to near zero at times. The hazardous conditions will impact the evening commute.

Powerful winds could also cause extensive tree damage and impact power lines, causing outages in some areas. Strong winds and snow will cause transmission lines to swing, creating a phenomenon called "galloping conductors.”

The National Weather Service is urging ranchers and cattlemen to move or shelter vulnerable livestock if possible.

Several flights to and from Denver International Airport will be canceled or delayed, and some airlines have already announced cancelations in advance of the storm.

Frontier Airlines has canceled all its flights in and out of Denver and Colorado Springs from Wednesday through Thursday. The airline said it is waiving restrictions and fees regarding changing travel times and minimum or maximum stay requirements during this time. Frontier customers can request a refund if their flight has been canceled, the airline said.

Passengers flying Wednesday are encouraged to check with their airline to confirm flight status before they come to the airport. Passengers are also encouraged to arrive at least two hours before their flight. DIA officials said the airport is prepared to deploy its snow removal crews when snow begins to accumulate. Crews are also prepared to treat and clear Peña Blvd. throughout the storm.

WATCH: Hundreds of flights in and out of DIA canceled

Storm expected to throttle travel on the Front Range

As the storm takes aim at the Front Range and Eastern Plains, the Colorado Department of Transportation is warning that several highway closures are expected and it's urging drivers to stay off the roads. The main danger will be high winds, reduced visibility and heavy wet snow.

If you are out, take it slow, have appropriate tires and leave plenty of safe space behind plows and the vehicles ahead. CDOT said crews have been preparing for the storm getting equipment and materials ready. The agency said 100 plows will be out in the Denver metro area beginning early tomorrow morning with the focus on interstates and high volume roads.

Avalanche danger remains a concern in the mountains. Recent heavy snows and strong winds extreme avalanche conditions over most of the mountains. Although avalanche mitigation work has helped, the new storm will increase the danger again.

In the mountains, new snow amounts through early Wednesday morning will be 3 to 6 inches for most areas, with some locally heavier amounts. The rest of the snow will fall through Wednesday afternoon with a total of 12 to 18 inches expected.

This storm is expected to be one of the biggest to hit Colorado in several years, creating a higher risk of car accidents, hypothermia, frostbite, carbon monoxide poisoning, and heart attacks from overexertion. If you become stranded, it is recommended that you stay with your car and wait for help to arrive.

Preparing for the worst is sound advice, and Ready.gov has put together tips on ways to stay safe:

RECOGNIZE AND RESPOND
Frostbite causes loss of feeling and color around the face, fingers, and toes.

Hypothermia is an unusually low body temperature. A temperature below 95 degrees is an emergency.