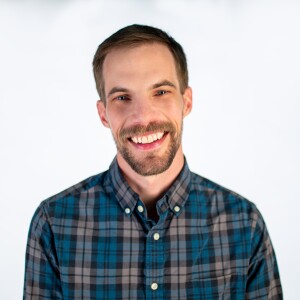 Joseph Tomalleri/Provided by CPW
This copyright illustration of the extinct Yellowfin cutthroat trout was created by Joseph Tomalleri. Used with permission.

DENVER — A crew of current and retired Colorado Parks and Wildlife aquatic biologists is embarking on a quest to try to find a subspecies of the cutthroat trout not seen since the early 1900s in Twin Lakes.

The effort to try and find the giant Yellowfin cutthroat trout in the Upper Arkansas River basin comes after greenback cutthroat trout – the state fish of Colorado that was believed extinct – were discovered in 2012 in the Bear Creek that runs into Colorado Springs from the Mt. Garfield area, outside of their native waters in the South Platte drainage.

Aquatic biologists previously also discovered the San Juan River cutthroat in southern Colorado, a subspecies of cutthroat trout which was also thought to be extinct.

For 2023-25, other crews will join the project and work in coordination with the original team to work up through predetermined lakes, streams, gulches and drainages in the Upper Arkansas basin to see if they can find any of the fish in an expansion of the yearly fish surveys done statewide.

CPW said a survey of the basin done in 2020 found more than 230 waterways that had no records of stocking or surveys, and that there was little documentation of the waters in the 1800s and beforehand. CPW says the project will move forward “until all potential waters identified have been surveyed and documented and the genetics from all fin clips have been analyzed.”

The crews will utilize electrical shocks, nets, and hook-and-line fishing methods to work through the waters in the search for the fish. Any specimens collected from a fish’s caudal fin will be genetically analyzed.

“This is a very exciting opportunity to explore these uncharted waters in search of the Yellowfin,” said Policky, the retired CPW aquatic biologist who specializes in cutthroat trout. “I dedicated my career to learning everything possible about these fish and I’m honored to be part of the CPW team conducting this search.”

“We know the history of the Yellowfin and that it hasn’t been seen since before 1902,” Foutz said in a CPW news release. “But millions of trout, native and nonnative, have been back and forth across Colorado since before statehood. And if the history of the greenback and San Juan River cutthroat teach us anything, it’s that we should never stop looking.”

The Yellowfin cutthroat were documented by ichthyologist David Starr Jordan, Barton Warren Evermann, and G.R. Fisher, of Leadville, in Twin Lakes in July 1889, as they collected seven Yellowfins and eight greenback cutthroats, then published their first reports in the 1890 Proceedings of the United States National Museum and the 1891 Bulletin of the U.S. Fish Commission.

According to CPW, Jordan said the fish primarily lived their whole lives in lakes, fed on other fish, worms, and bugs, and because of their habitat and diet, could grow up to 10-12 pounds – generally much larger than most of the Colorado cutthroat species we see today.

In the Proceedings of the National Museum report from Jordan and Barton Warren Evermann, they describe the fish as follows: “Color silvery-olive, a broad lemon-yellow shade along the sides; lower fins bright golden yellow in life; no trace of red, except the usual crimson dash under the lower jaw.”

“…The species never leaves the lake except to spawn, and most of them spawn in the lake. It has never been seen in the river, and rarely in very deep water. … The flesh of the yellow-fin trout is very pale, and more watery than that of the other trout of Colorado. …. The color of the flesh may be due to the fact that it feeds on fishes rather than on crustacea. The ‘Greenback Trout’ feeds on crustacea and has very red flesh,” they went on. The trout had small spots concentrated toward its back half.

They named the fish Salmo mykiss macdonaldi after Marshall McDonald, the U.S. Commissioner of Fisheries, “in recognition of his services in spread the range of Salmonidae in America.” Salmonidae is the family of fish that include trout, salmon, char, whitefish and grayling.

Five of the Yellowfin cutthroats taken on the 1889 expedition are preserved at the Smithsonian Museum of Natural History. Another three of the fish were sent to President Benjamin Harrison in 1891.

But the mining explosion in Colorado in the late 1800s that polluted mountain waters, overfishing, movement of trout to various waters without documentation, and the introduction of rainbow, brook, and brown trout, which are more predatory on cutthroat trout, led to a steep fall in the Yellowfin’s population. Interbreeding with rainbow trout created cutbows and diluted the lineage as well.

Some were bred at the Leadville National Fish Hatchery in the 1890s and early 1900s, but millions more non-native trout that competed with the native cutthroat populations across Colorado were introduced across the state between 1914 and 1925, further pressuring the native fish.

A survey done at Twin Lakes in 1902 and 1903 did not turn up any Yellowfin cutthroat. In a book Robert Behnke published in 1979 that details the Salmo genus, he wrote that the first mention of the Yellowfin came from an 1885-86 report by the Colorado Fish Commissioner about the large yellow-silver trout in Twin Lakes, which some also attempted to bring to Island Lake on the Grand Mesa.

According to CPW, Behnke wrote that he believed the Yellowfin were decimated in Twin Lakes by the nonnative fish, as the lakes showed abundant rainbow trout and cutbows in surveys. The greenbacks that were in the lake also disappeared in the early 1900s.

He wrote in the book: “There is a remote possibility that the Yellowfin trout was once stocked into a barren lake where it was able to reproduce and no other trout was later stocked into that lake. … It is not likely that any more will ever be known concerning the Yellowfin trout. The mystery of its origin and validity … whether native or introduced, will never be solved.”

But the team now working to see if they can find the Yellowfin thinks that today’s genetic testing abilities would make it far easier to identify various types of cutthroat.

“Historical mining activity in the area often resulted in the movement of fish to provide a food source and this was often poorly documented if at all,” said Townsend. “These waters may contain valuable populations of cutthroat trout of unknown genetic origin.”

Over the past few years, CPW has worked to stock hundreds of greenback cutthroats in a stream in the Poudre River system, has discovered groups of Colorado River trout living in southwest Colorado, and worked to save a lineage of the Twin Lakes cutthroats from Hayden Creek during the Hayden Pass wildfire, eventually hiking some back up into the creeks in 2019.

“I know how exciting it was to discover that greenback cutthroat trout still existed in our waters,” Foutz said in a news release provided by CPW. “Our world is diminished anytime a species goes extinct. Searching for the Yellowfin is the fulfillment of CPW’s basic mission of perpetuating the wildlife resources of the state. Based on our recent discoveries of hidden greenback and San Luis cutthroats, we’d be remiss if we didn’t search for the Yellowfin.”