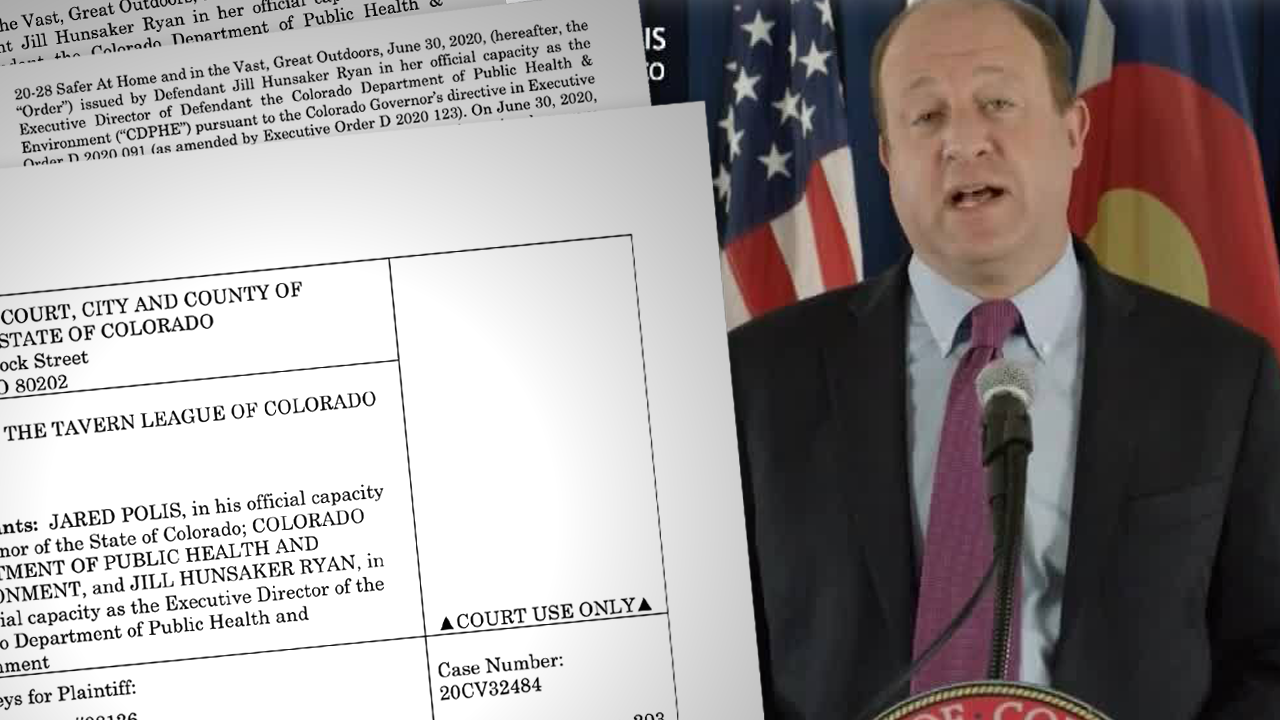 DENVER — One day after Gov. Jared Polis announced a temporary change to last call hours for restaurants and bars, a group representing more than 200 bar and restaurant owners is taking the governor and state health department to court to try stop the order.

Citing a worrisome spike in COVID-19 cases among young people, Polis announced Tuesday that he is moving last call hours from 2 a.m. to 10 p.m. for the next 30 days to curb large gatherings of people while they are inebriated, he said. The executive order will go into effect at 9 a.m. Thursday.

However, some of Colorado’s bar industry hasn’t taken the governor’s announcement well. The Tavern League of Colorado, a group representing over 200 bars and restaurants in the state, filed a lawsuit Wednesday in Denver District Court asking a judge to block the last call order and make changes to the state public health order that limits gathering sizes based on a bar or restaurant's square footage.

Jordan Factor, an attorney for the Tavern League, told Denver7 that shifting the last call from 2 a.m. to 10 p.m. won’t prevent young people from gathering in large groups.

Despite what Factor and others in the industry predict will happen under the new order, the governor believes banning alcohol sales at restaurants, and bars that function as restaurants, after 10 p.m. will help in stopping the spread of COVID-19 among people ages 20-29.

“The state of inebriation at a public place is inconsistent with social distancing,” Polis said. “Last call for alcohol will be 10 o’clock. People can stay out as long as they like, but if you do want to get inebriated, please do it at home with just a few other people and don’t let your judgment lapse.”

Polis and the state health agency have said bars and nightlife are among the sources of increases in the number of COVID-19 cases in Colorado, especially among young people. After allowing bars to reopen in a limited capacity on June 15, Polis again ordered them to shut down for 30 days just two weeks later. However, bars and nightclubs will still be allowed to remain open if they serve food and function as restaurants.

The Tavern League argues that there is no evidence linking a resurgence of COVID-19 cases to bars and restaurants and that the industry is being unfairly singled-out.

They also argue that capacity restrictions placed on bars and restaurants does not take an establishment’s square footage into consideration. The lawsuit claims these new restrictions are “destroying an industry.”

“Defendants have imposed strict Numerical Capacity Limits on bars and restaurants—different than other indoor venues—that ignore the restaurant’s total size. As a result, Colorado’s restaurants are failing at an alarming rate, unable to pay the rent and utilities at locations that are capable of accommodating, for example, 900 patrons in over 18,000 square feet, when they are limited to no more than 50 patrons per room and only 100 in total,” the lawsuit reads.

The group said in the lawsuit that bars and restaurants have been following all of the state's remaining requirements. They listed the following as an example of the steps the industry is taking:

“These are challenging times and no one wants Colorado’s small businesses to bounce back stronger more than the Governor. Based on the data and science, the Governor feels he is taking the steps that are absolutely critical in order to keep our economy reopening and prevent the virus from gaining a stranglehold. The fate of our state in both virus suppression and economic recovery is largely in the hands of Coloradans. It’s important to reduce our social interactions, remain six feet from others whenever possible, and wear facial masks when we’re in public. The State is looking at data showing that more Coloradans in their twenties are participating in social activities that increase the risk of spreading COVID-19. In order to curb those activities, the Governor has signed an Executive Order temporarily moving last call for the sale of alcohol to a consumer to 10:00 p.m.”