Colorado baby given 1 percent chance of survival beats the odds 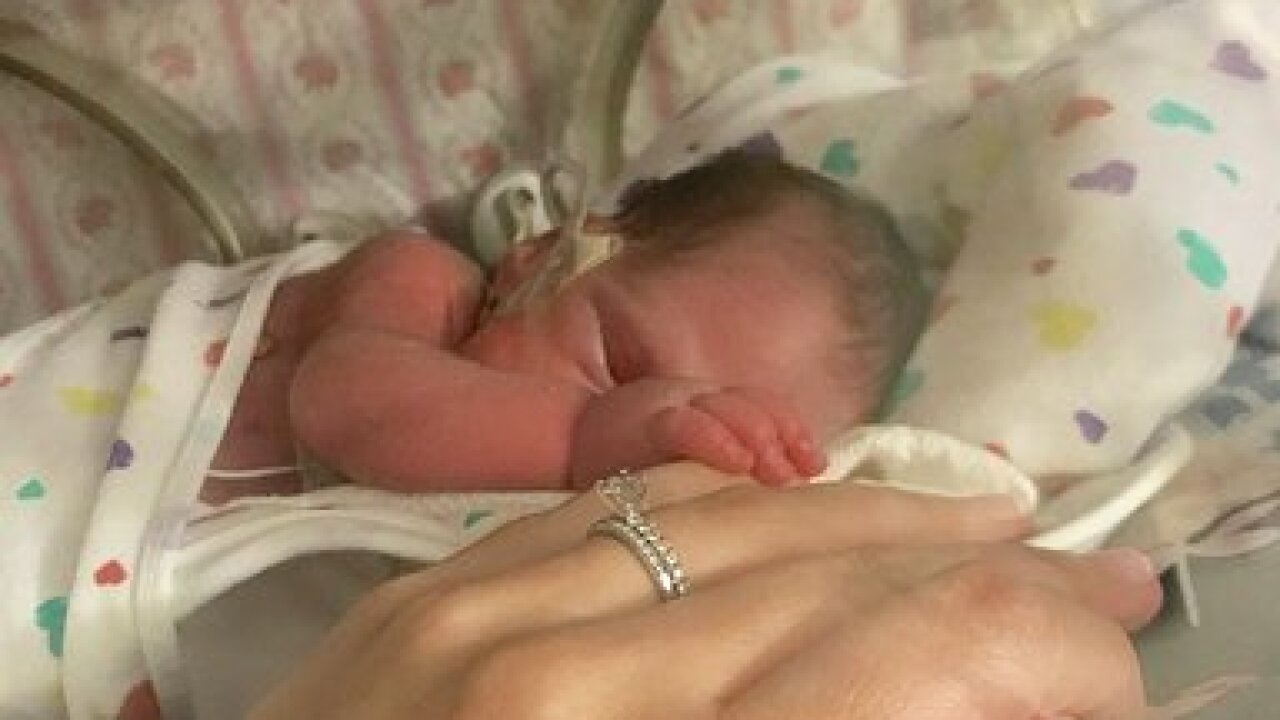 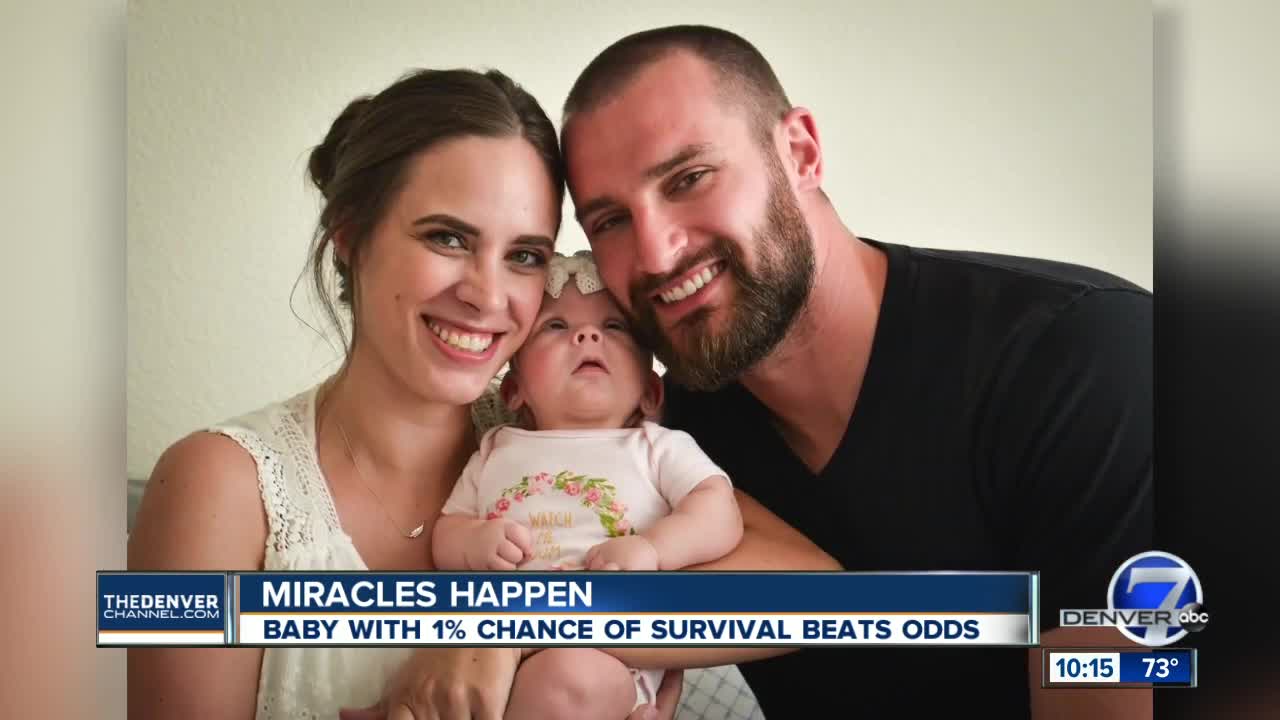 AURORA, Colo. -- It's not often you hear a doctor say that miracles really do happen, but a Colorado baby who was given a 1% chance of survival is making everyone she meets a believer.

"The doctor, I'll never forget, she sits down and says, 'I'm so sorry, but your baby is very sick,'" said Lexie Emory and her husband Brock learned something was wrong with their unborn baby, Dr. Terry Harper was delivering the news.

"I just remembered the pain that I knew I was going to be causing them when I shared this information with them," said Harper, who told them their baby had Turner Syndrome, one X chromosome instead of two, and while the baby had a one to two percent chance of survival, Dr. Harper had some hope. "Long term, the prognosis neuro-developmentally for kids with Turner syndrome is quite good."

Emory said she knew then what she had to do.

"My husband and I both looked at each other and knew that we were going to let her fight," she said. "And we would love her every minute that we had her."

In the weeks that followed, doctors still can't explain why the fluid threatening the baby's life dramatically decreased.

When Emory was admitted to the NICU at Children's Hospital Colorado at 28 weeks pregnant, she felt certain her baby would be in good hands.

"For most parents, the NICU is the worst case scenario and for us it was the best," she said.

After the baby was born, she spent 95 days in the NICU proving everyone wrong, and she was named after the doctor who gave her parents hope.

"This is our daughter, Harper Lynn," said Emory with a smile. "Of we can name our baby after someone who was so kind and empathetic, if she has any of those characteristics, we made the right choice."

Now, Harper is six months old, and her prognosis is good. She still is in therapy and faces several surgeries, but her mother says she is thriving, and she knows she made the right choice.

"Give your baby every chance they have because they might surprise you," said Emory.