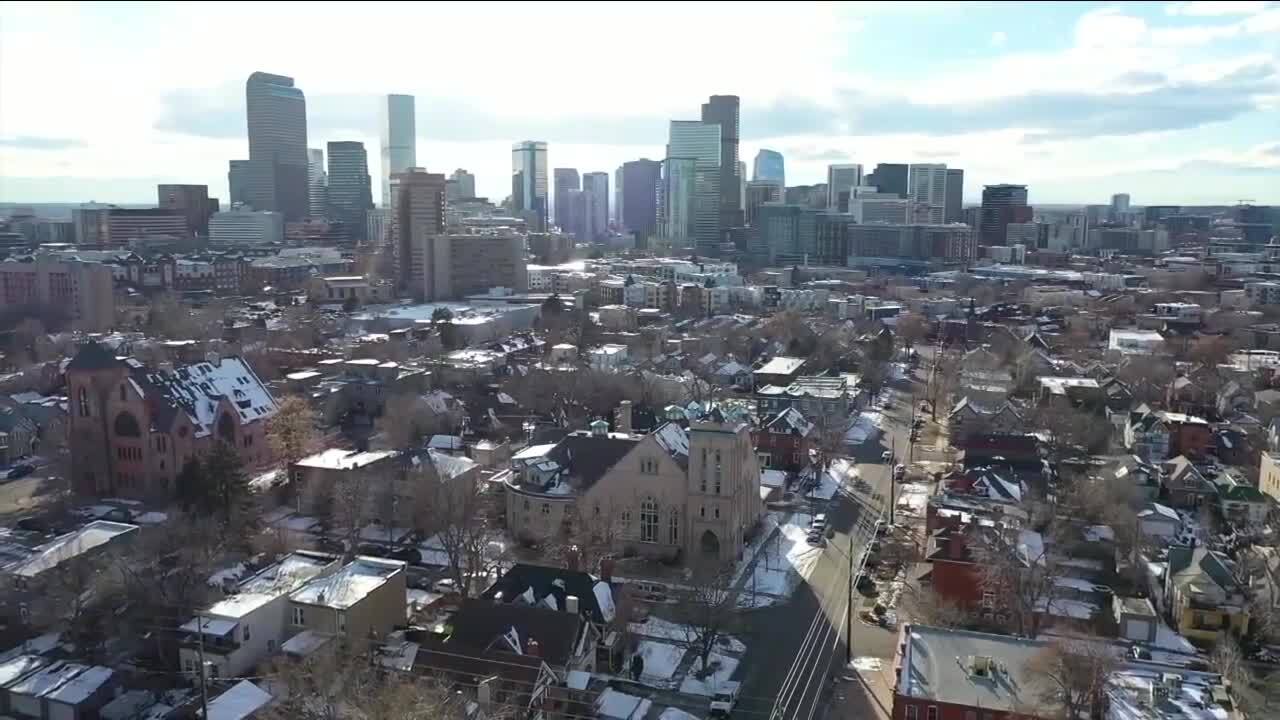 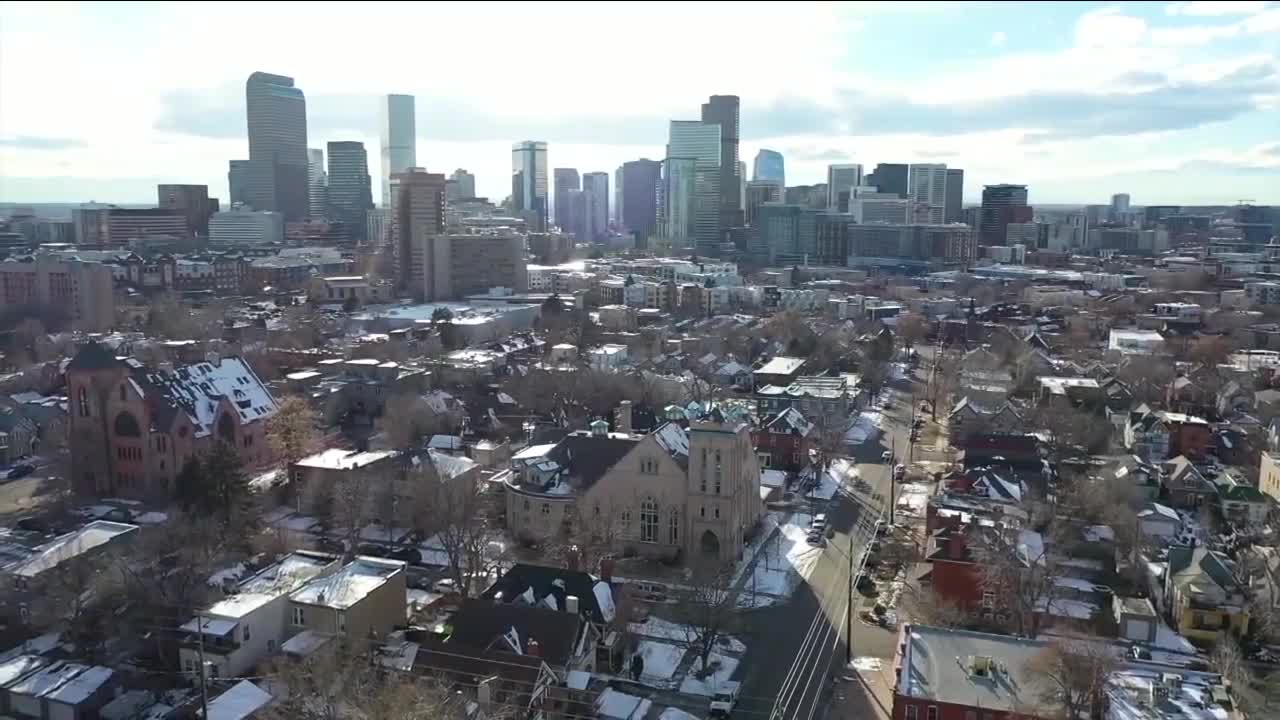 DENVER — Colorado voters sent a series of mixed fiscal messages in the 2020 election, allowing for some tax increases and some tax cuts.

The result means that businesses and individuals will see some relief but will be paying more in some instances.

Denver7 spoke with two financial policy experts to get their take on the election results.

Voters decided to repeal the Gallagher Amendment, meaning residential property taxes will remain at their current levels of 7.15 percent. This could eventually result in some savings for commercial property owners since the 55/45 share of the tax burden will be done away with.

Proposition EE also passed by more than a million votes. This initiative will gradually but substantially increase nicotine taxes in the state and apple them to vaping products.

Proposition 118 also received voter approval for Colorado to create a state-run insurance program that will be paid for by a payroll tax increase of .9 percent at first and then up to a 1.2 percent increase after 2024.

Another major change that will likely pass: Proposition 117, which would require voter approval for the creation of any new fee-based enterprises that will earn more than $100 million in their first five years.

A case by case basis

All of these changes will affect individuals and businesses differently. If you don’t smoke, Prop. EE will be a benefit because it brings more money into the state for things like education.

However, vape shops and discount brands will be hurt by the tax increase.

While Prop. 118 will apply to every employee when it goes into effect, local governments and businesses can choose to opt out, meaning neither the employee nor the employer would have to pay into the program.

For the Gallagher Amendment repeal, homeowners will continue to pay their current rates for now. But if home values increase and their assessment rate remains at its current level, they will eventually pay more in property taxes.

“While that will stabilize local government revenue and will stop the recent trends in increasing taxes for commercial property taxpayers, it will likely over the long run lead to increasing faster growing residential property taxes for homeowners that, if we don’t see any long-term alternatives, could have a significant impact again for years to come,” said Chris Brown, the director of policy research at the Common Sense Institute.

Everyone will see a tax decrease with Prop. 116, however the state government will see its revenue decline.

“It looks like the outcome of this year’s ballot questions are going to have a pretty significant impact in the near term and the long term,” Brown said.

Brown describes the election results as a mixed bag, saying some parts help schools and rural communities while others increase the tax burden for businesses and individuals.

“It depends on who you are and your background. If you are a homeowner and you’re

paying into this new paid leave program with an increase or likely increase in residential property taxes, you’ll likely be paying more in future years. However, Proposition 116 and the income tax cut might offset some of that,” Brown said.

Even with some taxes increasing while others will decrease, Tyler Jaeckel, the director of policy research for the Bell Policy Center, says the outcome of the November election will mean a disproportionate impact on lower and middle income communities.

The two ballot measures Jaeckel considers the most regressive are Prop. EE, since low-income people smoke at higher rates than the wealthy and the tax increase will be a higher share of their incomes, and Prop. 116 since 75 percent of Coloradans will see a benefit of $50 or less while the wealthy and big businesses will see much higher savings.

“What was on the ballot was released that was greatly targeted and greatly benefiting the wealthy, but did come with a benefit for most Coloradans. And I think it’s tough in this time period to not want relief,” Jackael said. “What 116 did is actually put us in a worse hole by giving dollars to some of the wealthiest Coloradans in at the same time making it very hard for us to invest back in our communities.”

Jaeckel is also disappointed by the projected outcome of Prop. 117, which deals with fee-based enterprises.

These enterprises were purposely left out of the Taxpayer Bill of Rights when it was passed in 1992 in order to allow the state to apply fees to certain programs based on usage.

One example is the Funding Advancements for Surface Transportation and Economic Recovery or FASTER fee, which is charged to drivers and generates roughly $200 million every year for the state’s transportation budget.

Prop. 117 requires voter approval for all new fee-based programs that are projected to bring in $100 million or more for the state over its first five years.

“Prop. 117 just takes another tool out of the government's toolbox to really provide critical services. What I think is so hard about 117 is it one of those ways to tailor services to the individuals or the companies that are utilizing them the most,” Jaeckel said. “Enterprises are one way that we can use fees to make sure that higher utilizers and the highest polluters are actually the ones that are paying the most throughout all of it.”

He’d like to see state lawmakers close some tax loopholes in order to make the tax code less regressive.

In January, it will be up to Colorado lawmakers to figure out how all of these changes will affect the state’s already constrained budget and how to move forward. Local governments will also have to take a closer look at their individual situations as each of these ballot measures comes into effect.