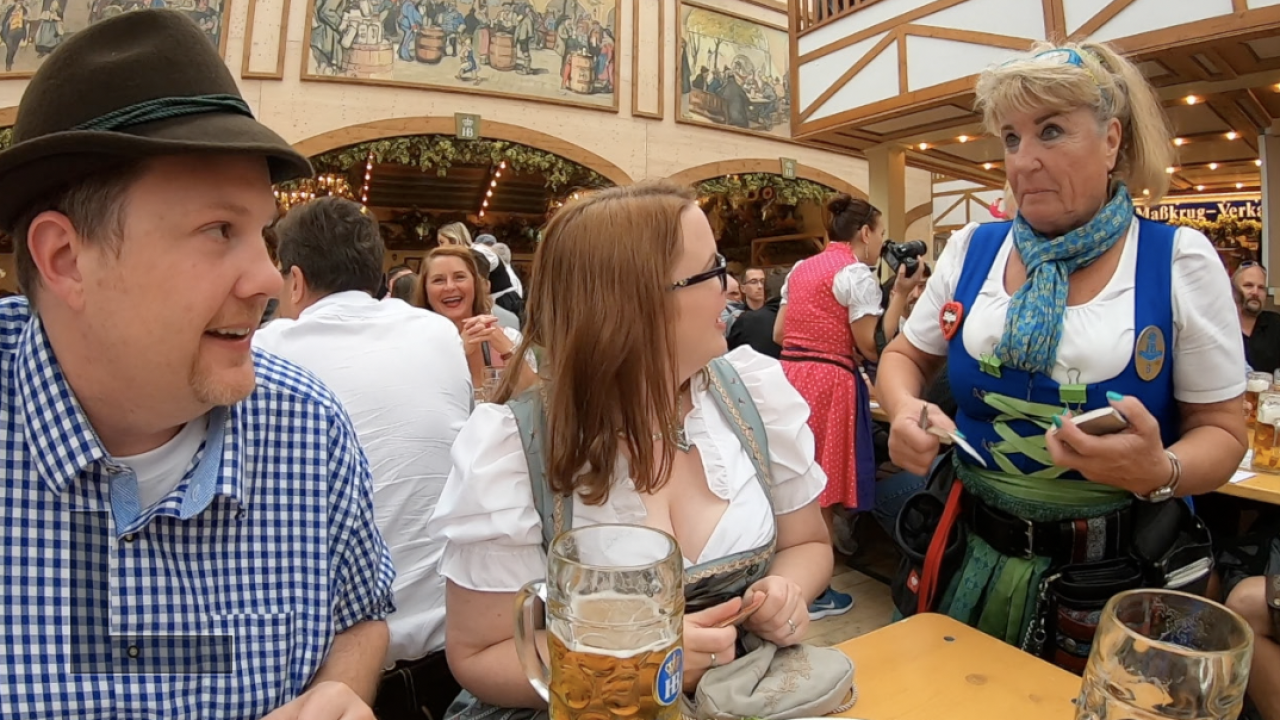 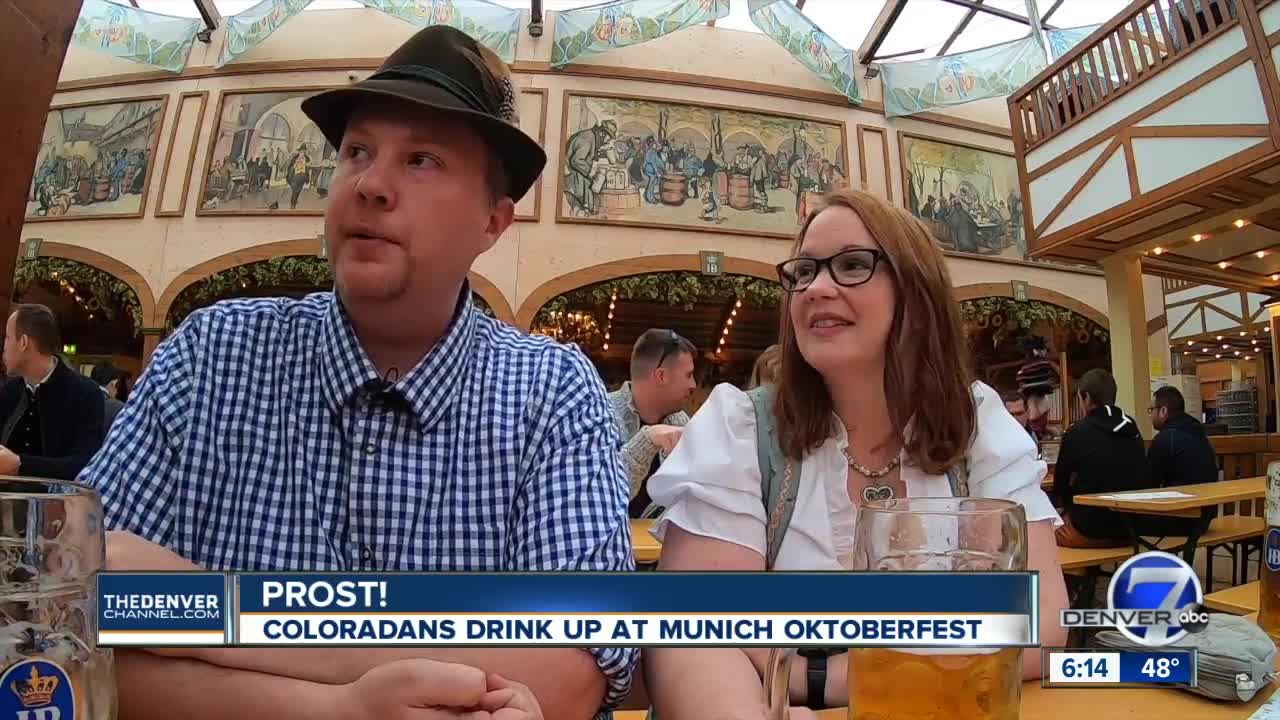 MUNICH -- Oktoberfest in Denver is a perfectly fine way to spend an evening. There's beer served in steins as big as your head; you can stuff yourself with brats and pretzels. But let's face it, as good as ours is... it doesn't hold a candle to the real thing.

“We are in Munich at Oktoberfest,” said Jacob Seal, who moved from Denver to Germany two years ago with his wife Christy.

We all know about the beer culture in Denver, but even Colorado residents will admit over here, they do things a little differently.

“It’s amazing. The sounds, the people, just the culture you get to experience; to see something that’s so different,” Christy said. “This is our first time at Oktoberfest, our first day actually,” Jacob added.

“I’ve seen pictures, but you cannot get the scale from pictures. I came in here and it’s just as they say — these tents seat 10,000 and until you see it, I don’t know. You can’t put it into words,” Christy said.

But this is about more than the love of lagers or admiration of ales for the Seals.

“Unlike anything you experience in the U.S. because there’s a lot more culture here,” Christy said.

It moves to its own beat to take people to a place that's overflowing in heritage and make new friends over a mug.

“That's what's so cool, half the people are not German. People come from all over to Oktoberfest and see it and hear the music,” Jacob said.

Clearly, the attire for this celebration of suds takes on a life of its own.

“Here you have special costumes you wear so you really feel like you’re a part of it,” Christy said.

“Everyone is dressed like this. Everyone takes the opportunity to embrace German heritage,” Lacyk said.

Back in Denver this week, people like Lacyk trade the Lederhosen for a trucker hat.

“The Great American Beer Festival is a great time, but this is much, much more fun,” Lacyk added.