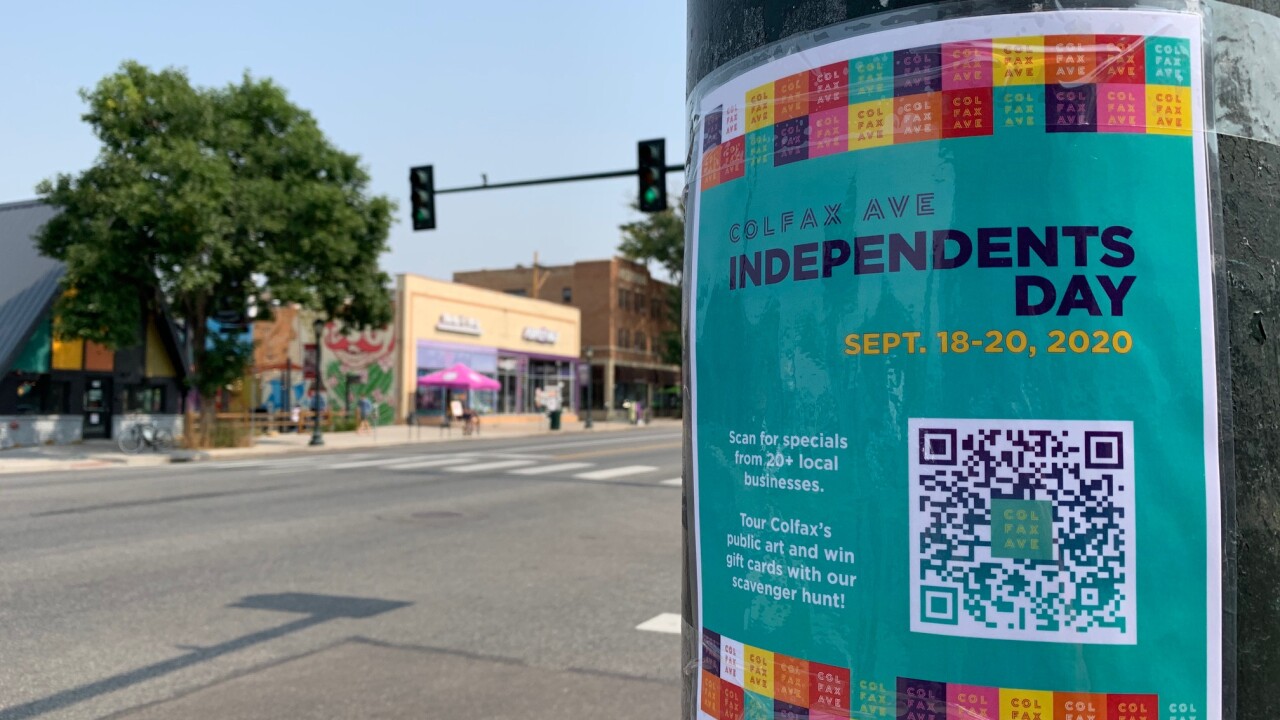 DENVER — When the owner of Lucky Noodles decided to open a restaurant serving up authentic Thai street food, she never imagined she would be starting her business during such a challenging time.

Ploy Lampapath started making plans for the restaurant in February and by mid-March everything was shutdown. Lucky Noodles opened its doors at the end up July but the small space is only able to seat diners on the patio for now.

Lucky Noodles is just one of more than 20 businesses that's participating in an event called Independents Day. The Colfax Ave. Business Improvement District organized the event as a way to support small or independent businesses.

Restaurants, bars and shops along Colfax will be offering deals in hopes of bringing in more customers. You can find a complete list of specials here. The event runs from September 18 through September 20.

It's not only new businesses that are struggling — at Pete's Kitchen revenue is only at 55% and that's with an expanded patio.