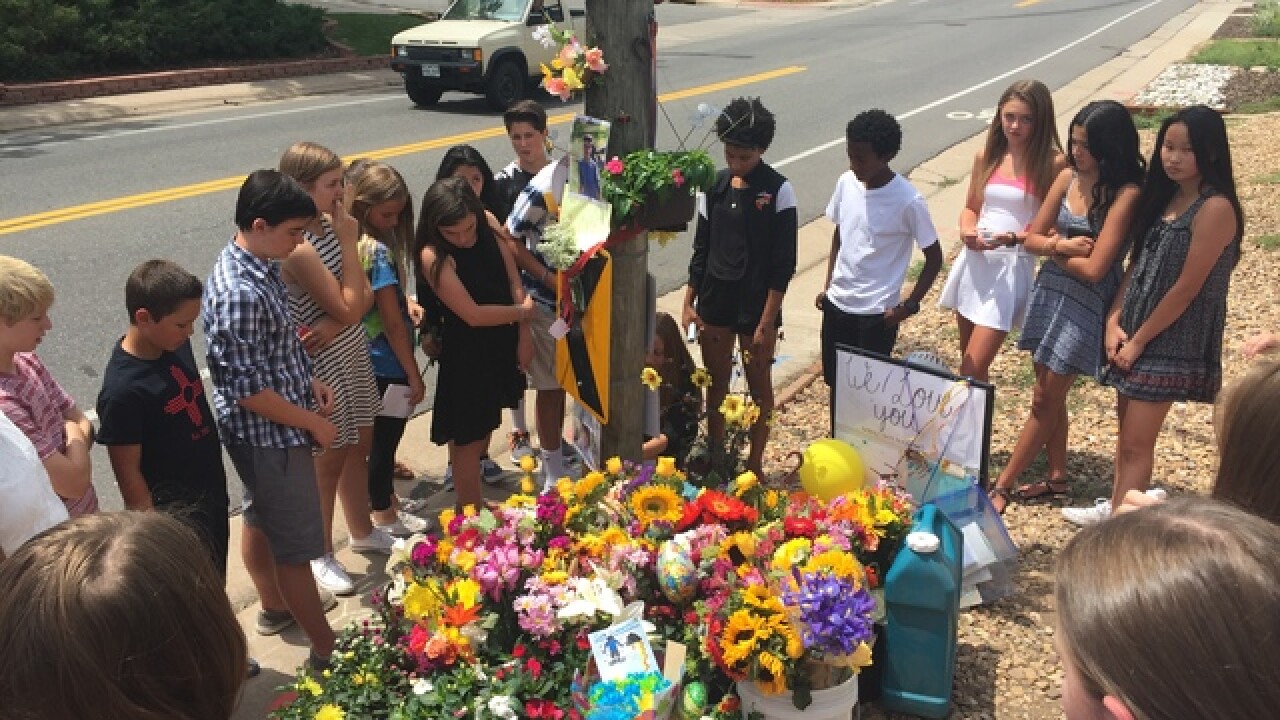 Dozens of Cole Sukle’s classmates met at the school on Monday to talk to counselors and then took yellow roses up the street to his memorial.

"Just the outpouring of love and support from all our friends and family, but this whole neighborhood," said Sukle.

The yellow roses match the color Cole's family says matches him the best.

Cole died this past weekend after being hit on his bike by an elderly driver while riding along this road.

Some, including his family, have big questions asking whether or not she should have been behind the wheel at all.

And while pushing aside so many questions as to why, those who know him focus on the legacy of kindness he leaves behind.

“Honestly, he could be friends with anyone, doesn't matter what, what happened, what you look like, what you did, like it really just didn't matter, he just saw the good in people," said Ian Sukle, Cole’s brother.

His family said his giving nature will live on through others.

“I'm his mom, I'm a little biased, so I think Cole is amazing and awesome, but I think the thing that I really always stood in awe of even as his mom is he was always remembered to be generous,” said Roche.