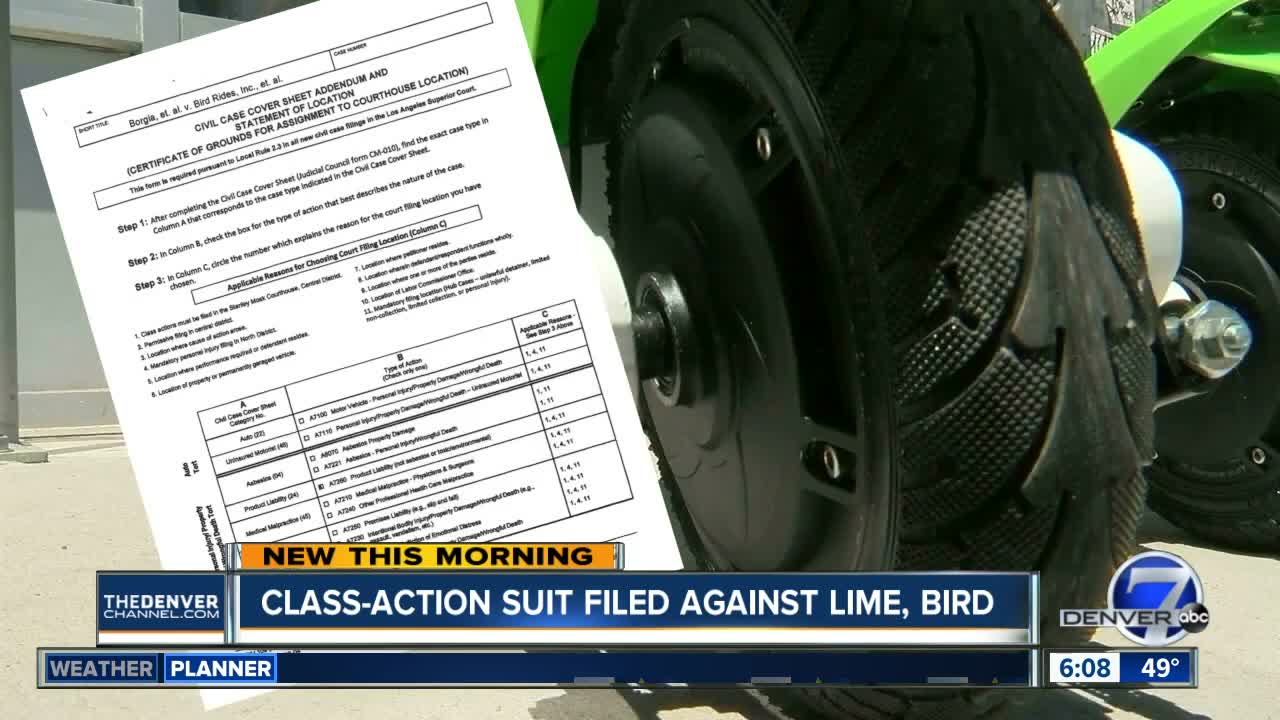 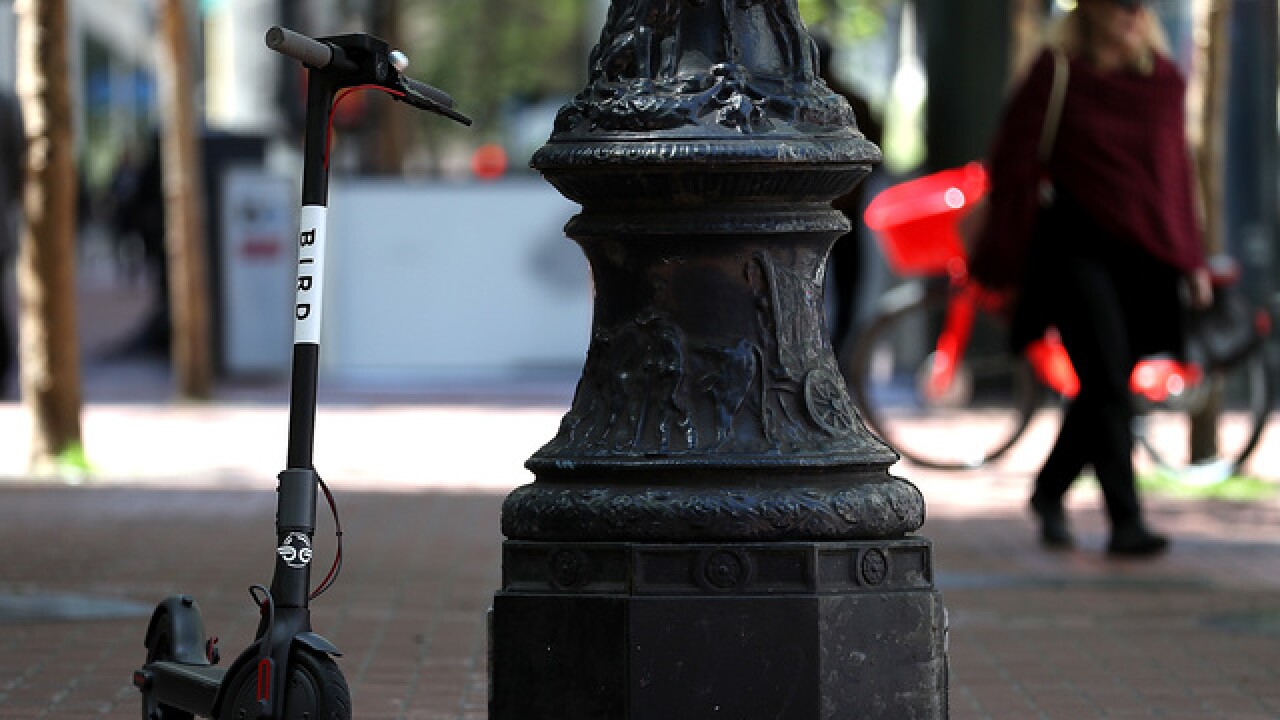 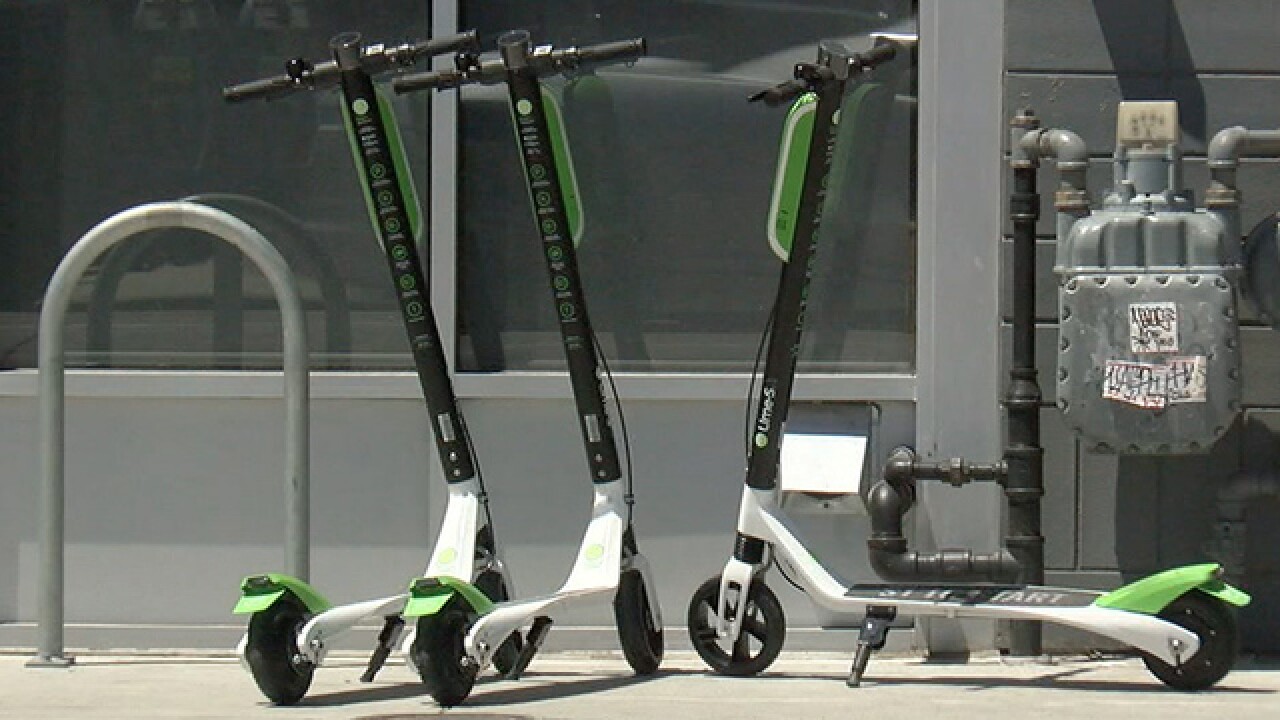 The lawsuit, obtained by Denver7, was filed on behalf of nine people who claimed they sustained injuries due to the proliferation of electric scooters in their communities. The suit specifically named four companies: Bird, Line, Xiaomi and Segway. Both Bird and Lime currently operate in Denver with proper permits.

The injuries listed included hands, fingers, knees and faces. In multiple causes, the plaintiffs needed stitches or surgery. The lawsuit went as far as to claim the companies were "aiding and abetting assaults" and said the companies are liable because the scooters are unsafe, have manufacturing or design defects, and lack adequate instructions and warnings of the risks.

The suit asked for monetary compensation and punitive damages, but didn't list an amount, writing that it should "be determined by the Court."

The companies listed in the lawsuit have 30 days from the date the summons was served to respond.

In a statement to The Washington Post, Bird pointed out that the complaint has been brought “against the entire e-scooter industry" and said shared e-scooters have become an important transportation mode “for hundreds of thousands of people in 100 cities worldwide.”

“We believe that the climate crisis and our car dependency demand a transportation mode shift, and clean energy vehicles like e-scooters are already replacing millions of short car trips,” the statement reads. “There is no evidence that riding an e-scooter presents a greater level of danger to riders than riding a bike. Cars remain the greatest threat to commuters, killing over 40,000 people in the U.S. yearly.”

No public entities track the number of injuries from electric scooters, but hospitals including UCHealth and Rose Medical Center have shared anecdotal stories about the number of cases they've seen.

“There’s been an increase in use of these scooters in various cities and it’s a growing market in Denver," she said. "The more scooters that are out there, the more gravity attacks we will have."

In early October, Dr. Andrew Ziller, the chair of emergency medicine at Rose, told our partners at The Denver Post that “there’s been an uptick at Rose (Medical Center) in the injuries. I wouldn’t say it’s dramatic — probably one to three a week.”