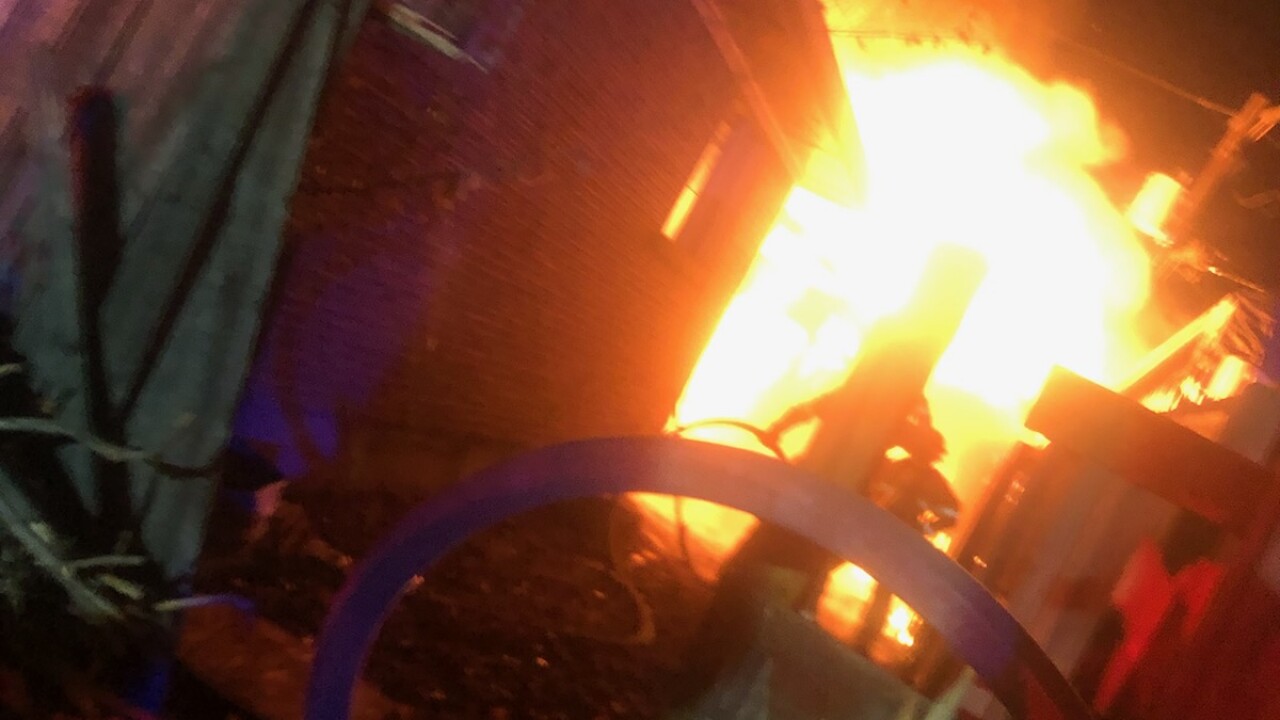 WESTMINSTER, Colo. — A child playing with matches and candles in a garage in Westminster started a fire that caused about $50,000 in property damage Tuesday evening.

At 8:28 p.m. Tuesday, firefighters with the Westminster Fire Department responded to a house fire in the 7500 block of Bryant Street.

When crews arrived on scene, they found a fully involved garage fire behind a home. The flames were up to 30 feet tall, according to the fire department. Firefighters also received reports of a possible explosion.

Firefighters cut the side fence to access the backyard and engulfed garage. They were able to spray the fire with water within a few minutes of arriving. Other crews focused their efforts on keeping the fire from spreading to any adjacent structures, according to the fire department.

The fire was in control within 15 minutes and was completely out soon after.

As authorities investigated the cause of the fire, they found that a child had been playing with matches and candles in the garage and ignited combustible materials, according to the fire department. The damage was estimated at $50,000.

The fire department gave the family $500 from the department's fire victims benefit fund to help with their immediate needs.

No injuries were reported.

The fire department reminded parents it’s their duty to keep matches and lighters away from children, and to teach them about the dangers of playing with fire.