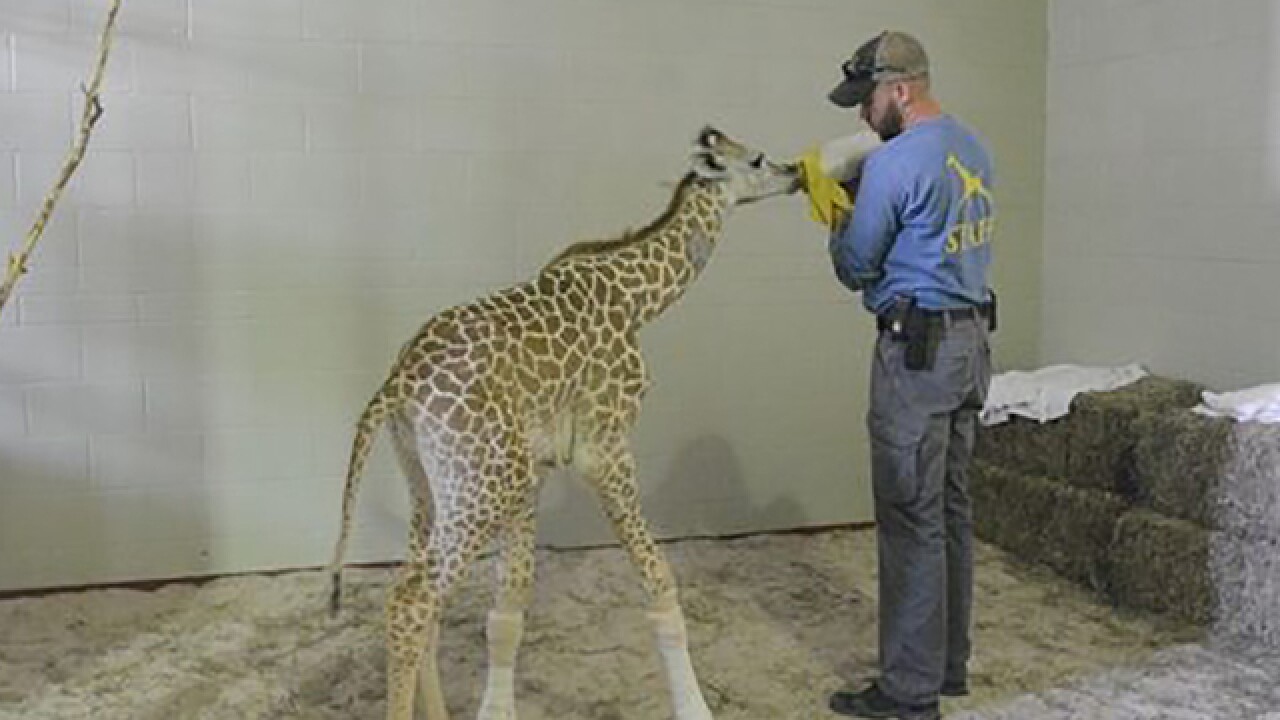 Penny, who was born in early June, had an abscess that had spread to her abdomen in addition to a bone infection and dislocated hip that had been causing concerns for her care team. There were also veterinarians from Colorado State University who had also been looking after her.

“They believe the chronic combination of the abscess, a degenerating femoral head and her need to stand awkwardly over an extended period of time led to a recent dislocation,” the zoo wrote in a Facebook live post it made to share the bad news.

Penny was the 200th giraffe born at the Cheyenne Mountain Zoo, the fifth for her mother, Muziki, and the fourth for her father, Khalid.

“We are absolutely heartbroken, but we truly appreciate all of your support over this near two-month journey. The outpouring of love, thoughts, prayers and kind words has been unwavering and overwhelming,” the zoo wrote in the post. “While this is not the outcome we hoped for, we are confident that Penny's legacy will live on in the work we do to improve medical and husbandry care for giraffe in Zoos around the world. Thanks to Penny, more people are now educated on the plight of giraffe in the wild.”

The zoo says it will soon have a plan for a memorial for Penny. In the meantime, people wanting to pay their respects to her and her keepers can click here to do so. People wishing to donate can direct their money to the giraffe conservation or veterinary care by making a note in the comments section.

There will also be a box outside of the Cheyenne Mountain building where people can leave cards for keepers.

The giraffe building will be closed to the public Tuesday and Wednesday to give the giraffe caretakers privacy.