Copyright 2019 Scripps Media, Inc. All rights reserved. This material may not be published, broadcast, rewritten, or redistributed.
Denver7
The portion of Interstate 70 in Denver that is under construction in a project known as the Central 70 Project as seein in September 2019. 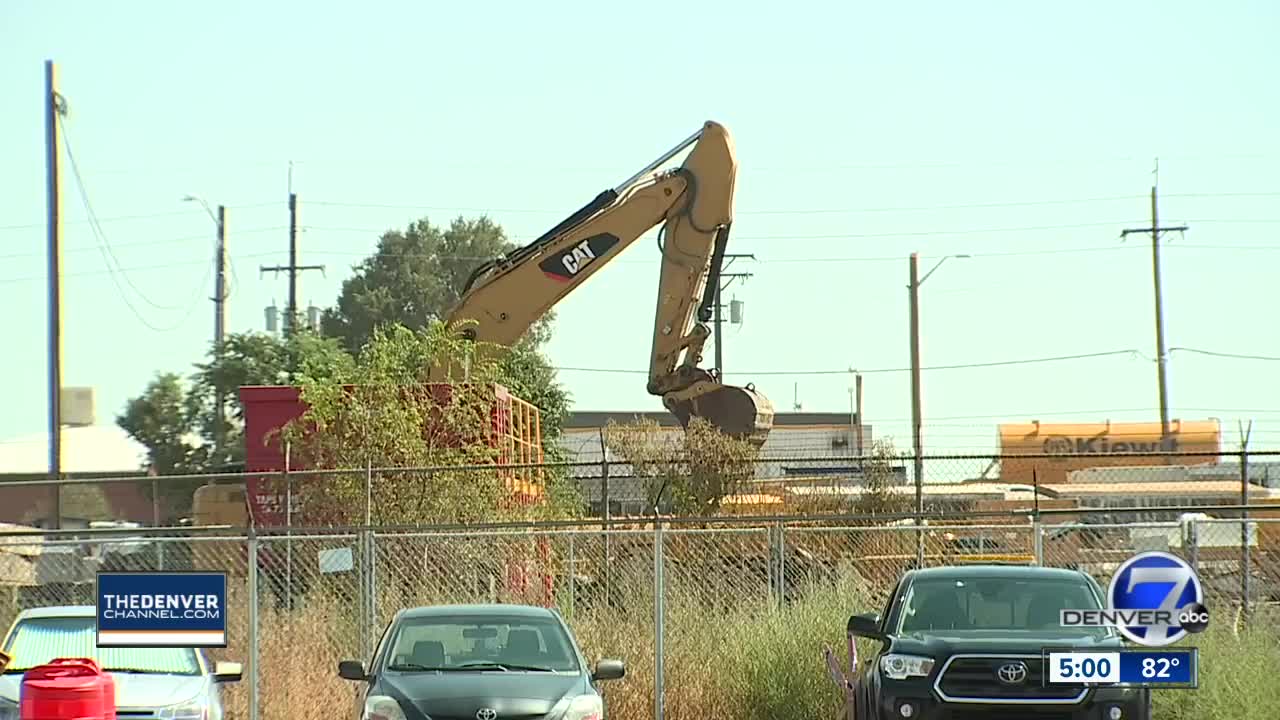 DENVER – The Central 70 Project is now nine months behind schedule after an additional three-month delay was estimated because of a disagreement about construction of a railroad bridge that will go over the interstate, but the state and private group building the project say they hope to knock some time off those delays in coming years.

According to documents filed by Kiewit-Meridian Partners on a public disclosure site and interviews with Colorado Department of Transportation officials on Monday, KMP and CDOT are estimating an additional delay of the “substantial completion” of the project – which is now estimated to happen in early December 2022.

The news of the delay was first reported by our news partners at The Denver Post.

The major work on the project had originally been supposed to be finished by March 2022, but KMP and CDOT previously agreed to a six-month delay as they reconfigured their plans. The final acceptance of the full project is now projected for March 2023, according to the documents.

The new three-month delay stems from a disagreement between KMP, CDOT and the Union Pacific Railroad (UPRR) over the railroad bridge that will span a lowered part of the interstate.

The documents filed in late August show that officials expect an additional 79-day delay as CDOT and KMP has had communication and design difference issues with UPRR that they have been working to resolve.

“Coordination difficulties continue between UPRR, CDOT and KMP; communication has been systematically frustrated by, among other things, UPRR’s failure to appoint an authorized contact, UPRR’s refusal to cooperate, UPRR’s refusal to communicate with KIC, and UPRR adding previously-unspecified requirements and criteria,” the document says.

It goes on to say that CDOT told KMP in March not to communicate with UPRR or its consultants directly “due to escalating differences in design criteria.” By June, according to the documents, a consultant had been hired to be more involved on UPRR projects and that railroad design representatives did not attend meetings in July. By late July, all three groups were talking once again.

He said that those issues have since been resolved and said they were planning on submitting the plan to UPRR on Monday.

“We believe that will address all their conflicts,” Stefanik said. “With the plan today, we hope Union Pacific will expedite their review, resolve any of those issues, and we’ll move forward.”

“From our perspective, a railroad bridge is much different from a highway bridge, and we have very specific guidelines that have to be met to ensure safety — not only for the trains but also for the motoring public,” spokesperson Kristen South told The Post. “We are doing everything we can to be a good partner on this project.”

Stefanik said Monday that despite the likely time delay, he didn’t believe that the budget would have to be increased but also said that project officials have yet to determine if that would be the case.

And he said that officials would work to mitigate any delays over time but said that would depend on whether the latest railroad plan gets approval from UPPR.

“This happens on construction projects all the time. Sometimes you’re able to mitigate those schedule delays and sometimes you just have to realize them and move forward,” he said. “This is a highly complex project. It takes a lot of thought from all of our team to try to figure out how to get through that, and I think we have some great partners on this project.”

Ramon Aguirre, who owns Tacos El Huequito in the Elyria-Swansea neighborhood and whose restaurant sits on Josephine Street just south of the interstate, said that he hopes the completion of the project is not delayed and that people in the neighborhood “make it work” around the constant construction and noise. But he has seen a positive as well.

“It’s been great to us. The workers come support us and the community comes to support us,” he said. “It’s been good.”

Gabriel Bustillos, who also lives in the neighborhood, said he and others are simply dealing with it.

“They’re going to be changing everything and I know it’s for the better. I lived so many years here and I like it to be quiet and everything, but this is OK,” he said. “What can we do? Nada. So just wait.”

Stefanik said he hopes that the people most-affected by the construction don’t see any delays but said the partners involved in the project needed to continue working together.

“We just have to put our heads together and figure out how to get this project completed on time,” he said.