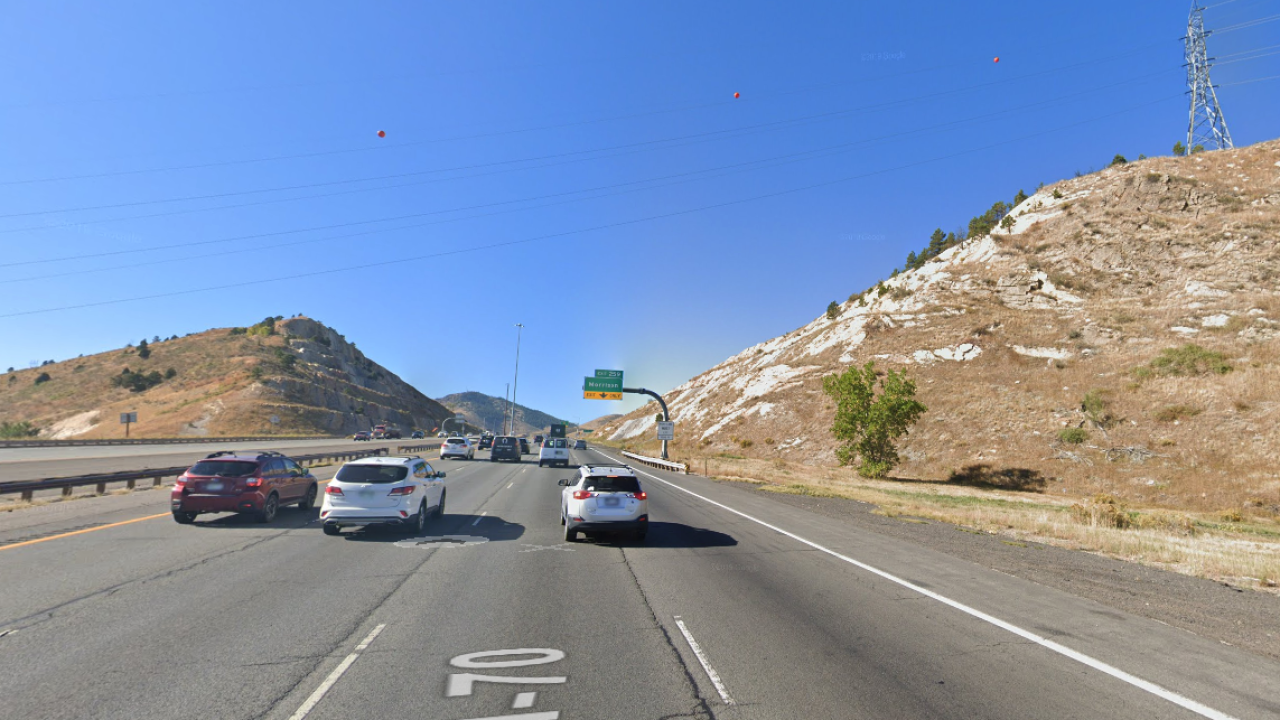 The Colorado Department of Transportation said crews will begin rock scaling work around 10 a.m. The closures — which will cycle through in roughly 10-minute intervals — will involve the entire westbound side of the highway.

This work is necessary for a 2021 project to repave and replace the guardrail along US 40 in this area, according to CDOT.

CDOT said maintenance crews will stop westbound I-70 at the exit 259 for Morrison and will conduct rock scaling and highway cleanup for about 10 minutes. Once the highway is cleared, traffic will be released for a short period. Crews will repeat this process until CDOT’s Geohazards Team has completed the operation.

CDOT said they expect this work to last until the afternoon.

In addition to I-70 westbound closing intermittently for this work, the on-ramp from Morrison Road (County Road 93) onto westbound I-70 will be closed during the rock scaling. The eastbound and westbound lanes of US 40 will also close between the Wooly Mammoth Park-n-Ride lot and Cabrini Boulevard, so traffic won’t be able to detour onto US 40.

Motorists are encouraged to either change their plans to get through this area before 10 a.m. or after the rock scaling is complete later Tuesday afternoon. Drivers who need to get to areas west of Floyd Hill can use US 6 through Clear Creek Canyon.