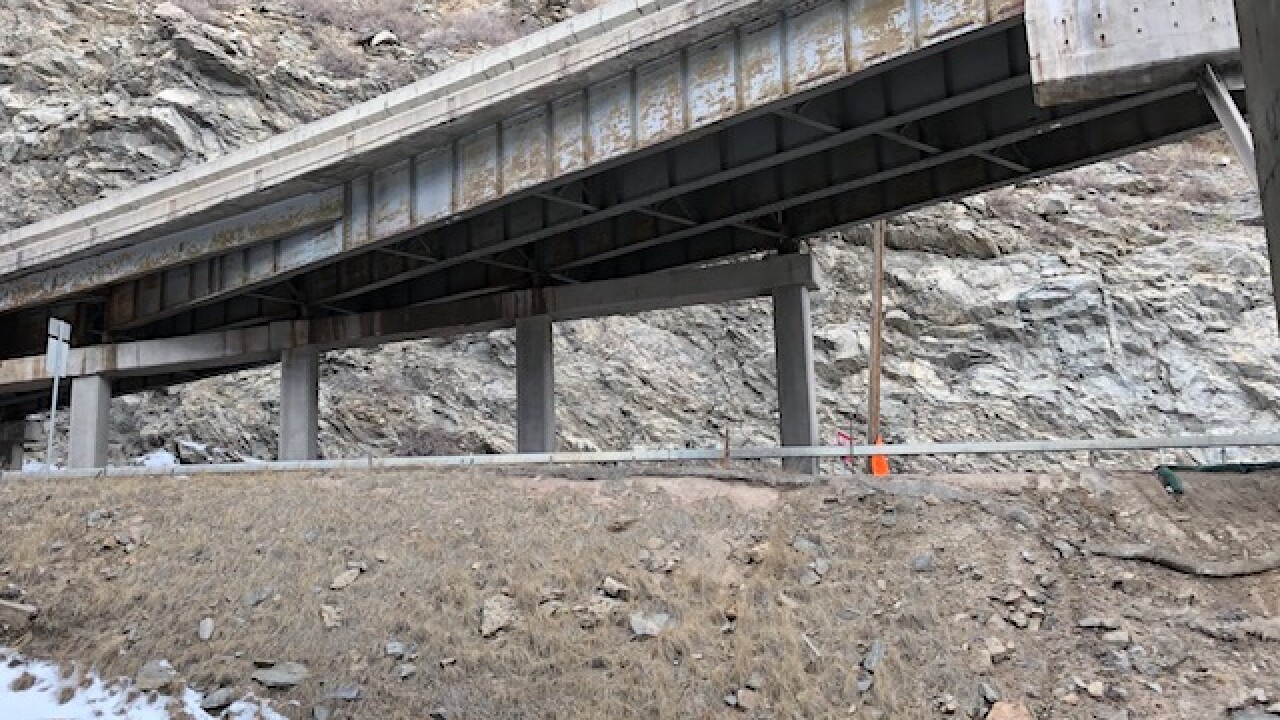 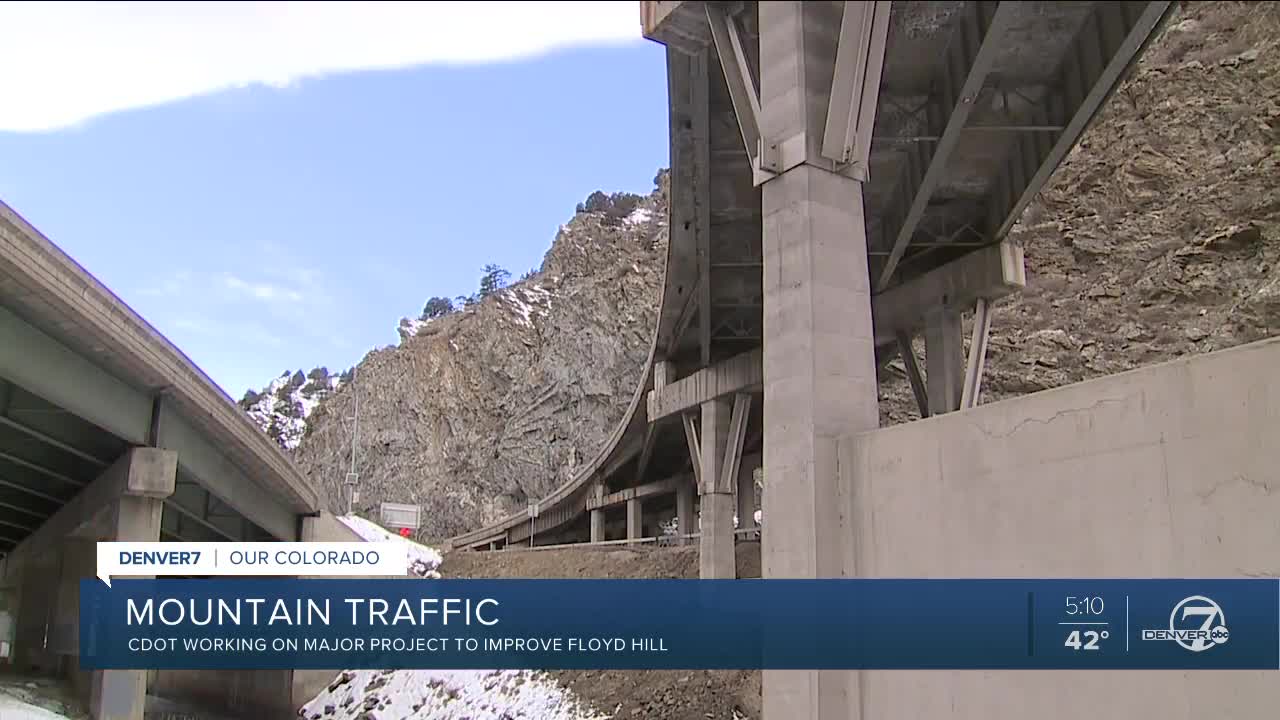 DENVER -- If you've ever been up to the mountains on weekends, you know that I-70 becomes a bottleneck along certain stretches.

The Colorado Department of Transportation is gearing up to fix one of those bottlenecks, the one from Floyd Hill to the east side of Idaho Springs.

The time frame depends on funding, but CDOT officials said they now have the money to fund an environmental assessment, and preliminary engineering, for the Floyd Hill to Veterans Memorial Tunnel project.

CDOT's Tamara Rollison said the westbound bridge over Clear Creek is one of the state's priorities for replacement.

"It's certainly served its purpose for a very long time," she said. "but traffic has outgrown that bridge, and it needs to be replaced."

From crumbling expansion joints to wood bracing underneath some deck repair, time has taken a toll on that bridge.

CDOT is now considering three alternatives for replacing that bridge and improving that stretch of I-70.

Two involve adding a third lane of capacity between U.S. 6 and the Hidden Valley/Central City Interchange.

The Environmental Assessment is also evaluating the "No Action Alternative," which would replace the bridge at the bottom of Floyd Hill (near the U.S. 6 junction with I-70) but would not add any roadway capacity or other improvements.

"We don't have enough to build it, but we certainly will be pursuing those funds aggressively," Rollison said. "We need about $600 - 700 million to make these improvements."

CDOT will host an open house Thursday evening to discuss the alternatives.

Rollison said they want to hear from stakeholders, including truckers, commuters, tourists, skiers, business owners and the communities along that stretch of I-70.

Debra Eaker, who helps manage the Canyon Outpost, a clothing, gift and souvenir shop in Idaho Springs, told Denver7 that traffic has become a nightmare.

Eaker said it wouldn't hurt to widen I-70 all the way up to the Continental Divide, but adds she'd like to see more focus on safety.

She says the brand new car she was riding in was hit last month as she and her husband were driving back to Littleton from the shop in Idaho Springs.

"We were in the left lane and a car came barreling down so fast," she said. "It hit a car in the middle lane, knocked it into us, pushed us around sideways and then pushed us into another car."

Eaker said whether the highway is widened closer to Idaho Springs, or not, she'd like to see more state troopers keeping an eye on speeders.

"It's not just a matter of inconvenience sitting in traffic," she said. "It's dangerous."

When asked whether CDOT has given thought to adding more than one lane, given Colorado's expected growth, Rollison said, "We may have to make that lane a 'managed lane,' similar to what we do with our other interstates, because we can't build ourselves out of congestion anymore. The idea behind that (tunnel) is that we would have a lane in which we could provide a level of travel reliability in exchange for a toll."