CDOT seeks to remove one of only two traffic lights in Park County; residents fight back 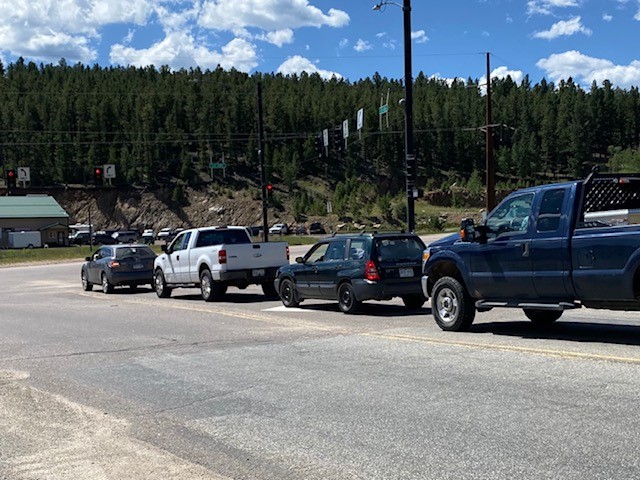 Leave our light alone! That's the sentiment among residents and business owners near the intersection of U.S. 285 and Park County Road 43-A. 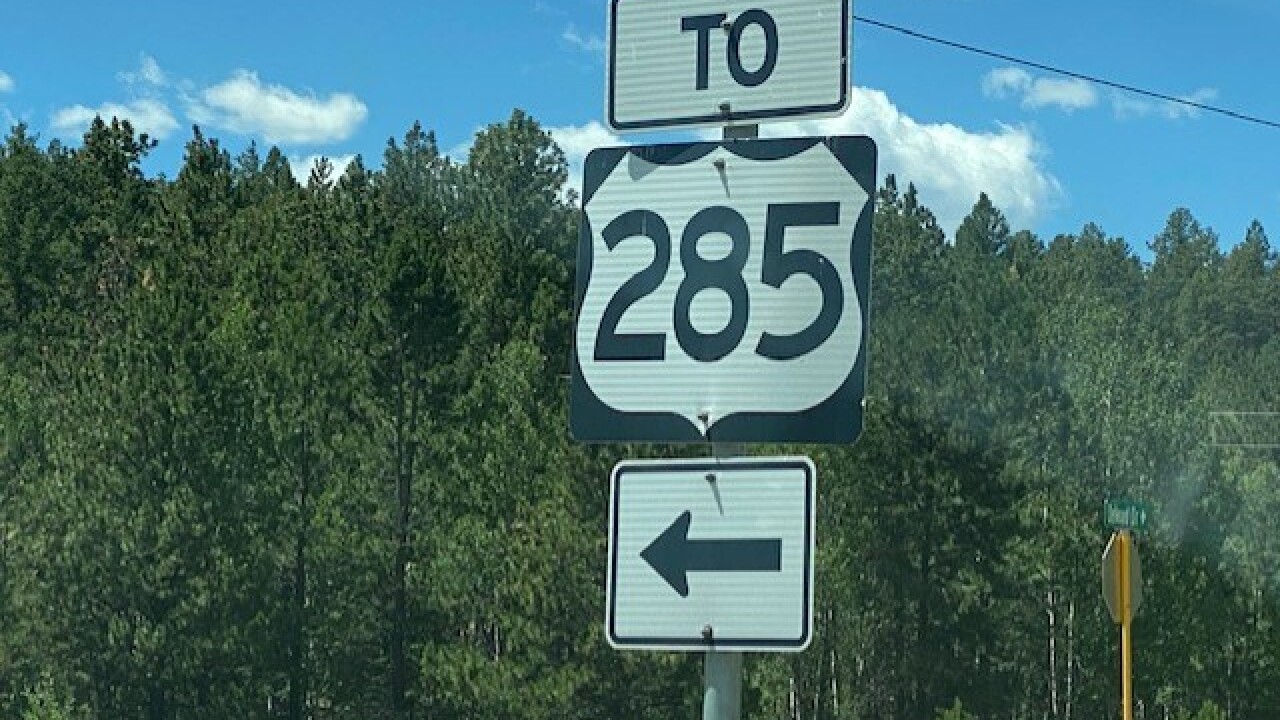 BAILEY, Colo. — "Leave our light alone!" That's the sentiment among residents and business owners near the intersection of U.S. 285 and Park County Road 43-A.

The Colorado Department of Transportation wants to remove the traffic light at that intersection, and to install a hard barrier, preventing left hand turns off the highway.

The goal? To keep traffic moving.

"Congestion is an issue, but the bigger issue is safety. We've seen lots of traffic crashes at that intersection," said CDOT spokeswoman Michelle Peulen.

Peulen said 14,000 vehicles a day travel through the intersection, and that during a five-year period, from June of 2014 to June of 2019, there were 83 crashes of varying severity within a mile of the traffic light.

She said the congestion, at certain times, is "miles long."

Concerned residents say the congestion is just a summer phenomenon and usually just on weekends.

They want CDOT to consider other alternatives.

"I don’t mean to be glib, but I see it as a $1.3 million re-striping project," said Mark Linne, owner of Mudslingers Drive-Thru Coffee.

Linne said the traffic light was initially put in to facilitate development of the subdivision.

"All these businesses, from the Loaf 'N Jug, to Mudslingers Coffee, to the liquor store — they all came in with the understanding that they’d be able to have access to this traffic," he said, adding that without northbound traffic, or the ability of residents who live on the other side of the highway to conveniently access businesses on his side, he stands to lose upward of 30% of his business.

Concerned residents have formed a group called SAFE285 with the goal of helping create a better plan.

"Frankly, we have two traffic lights in the whole county. We've got 1,500 miles of road and two traffic lights, and now they want to get rid of one of them," said Tim Gregg, the director of area development for the Platte Canyon Area Chamber of Commerce.

Gregg said it's not just businesses along CR 43-A concerned about the potential loss of the traffic light. Residents who live along U.S. 285 are too.

Linne said he'd like CDOT to look at a installing a smart light.

"We certainly have the technology for smart lights in which the actual flows of traffic determine how the signaling mechanism works," he said.

But more than that, Linne and his neighbors said they want to be part of the decision-making process.

He said they don't believe CDOT has involved them enough.

"What we’re trying to do is put the brakes on that process and bring them to the table," Linne said. "Let’s work this out together and see what works for both the traffic along 285 as well as for the local communities. ... We had one meeting in October of 2019 where there was an overflow crowd. They promised to have a follow up meeting, but it never happened."

Peulen said CDOT can't hold big in-person meetings because of the pandemic, but they can have virtual meetings. She said the last one, earlier this month, was very popular.

She added that a smart signal light might not be a good solution because the goal is to minimize the number of times traffic has to stop.

"Once you stop and you're idling, that's worse for emissions and it's harder to get traffic moving again," she said, noting that's especially true for trucks, RVs and pickups hauling trailers or boats.

Peulen said with a smart light, "you go back to having those left hand turns that are another crash collision point."

Linne said he believes CDOT is manipulating the timing of the existing lights.

"So, what they’re really doing is making you wait, they say only three minutes, but I’ve counted and it’s longer sometimes," he said.

He said it causes backups on the side roads and leads to frustration.

"Part of me thinks it’s deliberate frustration, so that we welcome the light being taken away, but that’s not going to happen," he said.

Residents worry that the traffic problem will just be pushed onto county roads and that Park County doesn't have the means to address it.

They said without the ability to turn left from County Road 43-A onto northbound U.S. 285, traffic will have to turn onto a spur to old County Road 43 and then down to what Linne referred to as a "woefully inadequate underpass, which can barely handle the traffic right now," to get back on the highway.

But Bill Bruner said there will be an easier way.

We got CDOT to get a dedicated merge lane that will allow everyone from 43a to traverse to the (CR 72) overpass to go back northbound, a delay of approximately 2-3 minutes (less time than they spend at the stop light) We also got CDOT to lengthen the on ramp going northbound just for this reason.

"An overpass (at 43-A) would be ultimately the best solution, but just to pull the light out and do nothing else, and cut off the access going both directions is just not a good solution," said longtime resident, and business owner, Riki Stenger.

Peulen said an overpass in lieu of the traffic lights would likely be too expensive.

She said a similar overpass project in Pueblo County carries a price tag of $33 million.

CDOT's current proposal for improvements along the the U.S. 285 corridor in Park County will cost $1.3 million.

Peulen said the existing infrastructure can handle the extra traffic, but Park County resident Liz Biggs said some of that traffic will be semi trucks and school buses having to make sharp turns.

Biggs said there is also major concern about "evacuation times" in the event of a major fire.

Peulen said CDOT understands there will be an economic impact to businesses near that intersection, but she said help is available in the form of "Business Open" and "Attraction" signs that can be posted alongside the highway.

The current proposal is not yet a done deal.

Peulen said CDOT's executive management team will review the feedback and will then determine, with Park County officials, whether to go forward with the plan.