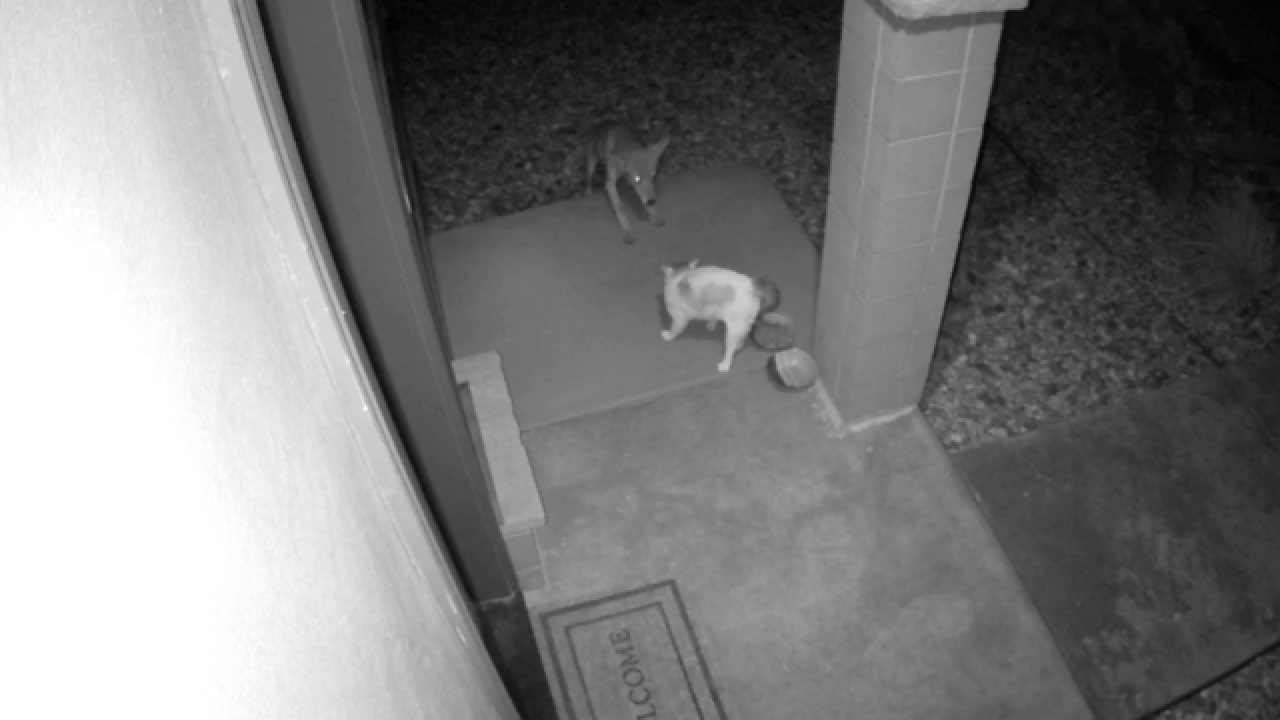 ARVADA, Colo. — Coyotes will prey on just about any small animal they can overpower and make a meal out of, however one cat in Arvada slipped away after an attack early this week.

Jason Zaffuto shared the video captured on his Arvada home's security camera which depicted the cat sitting on the family's porch eating from its bowl.

The Zaffuto family says the cat showed up at their door and they had been feeding and taking care of it ever since. Early Monday morning, however, the cat was threatened by a wild coyote that approached.

At about 12:30 a.m., the cat arched its back, seeing the coyote in the distance. The coyote soon rushed the cat in an attack, but was fended off. Soon after, the cat's fight or flight reflexes told it to bolt, and the cat ran away with the coyote not far behind.

According to Zaffuto, his indoor dog began to bark and he rushed outside and scared the coyote away with loud noise.

Zaffuto said he has heard the coyote packs howling before, but he'd never seen them approach his home.

"Definitely a first for me," Zaffuto wrote. "I was just surprised to see one run up to my front door like that."

Check out the security camera video below and learn more about how to handle Colorado's dangerous animals here.