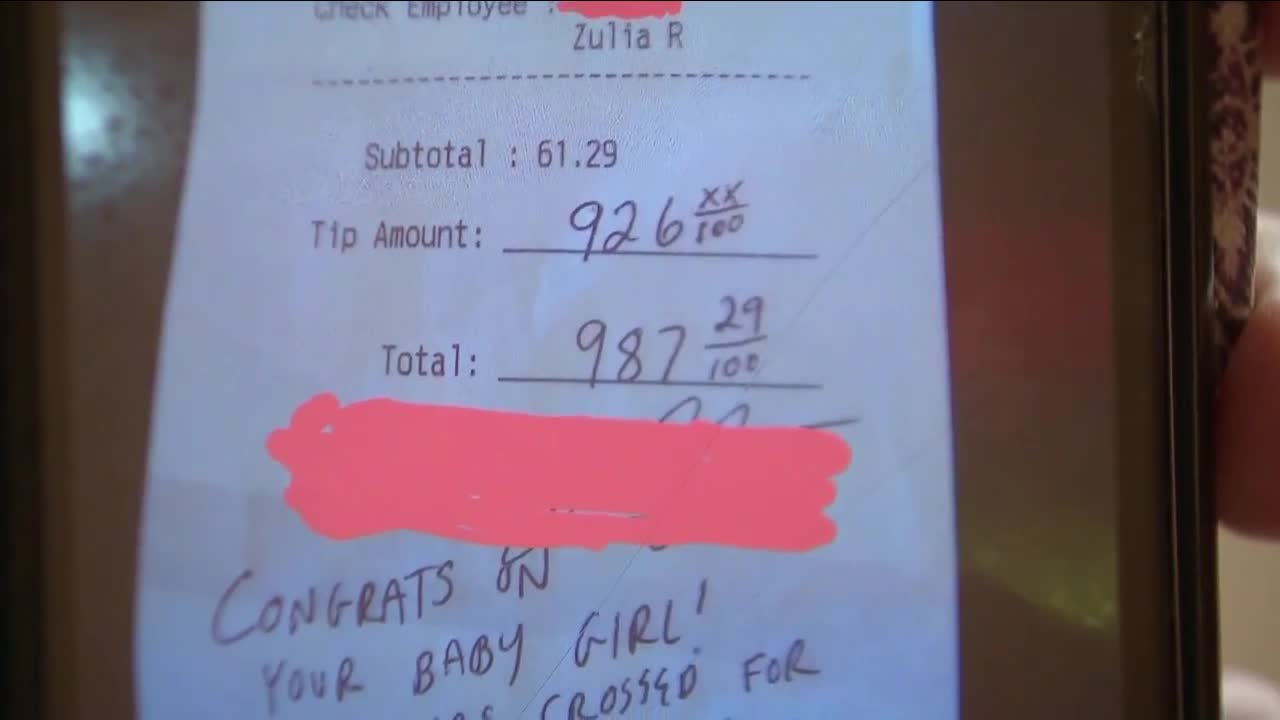 A mom-to-be is counting her blessings after she was laid off nearly a month and returned to work as a server, where she was given nearly a $1,000 tip that will help her during the pandemic. 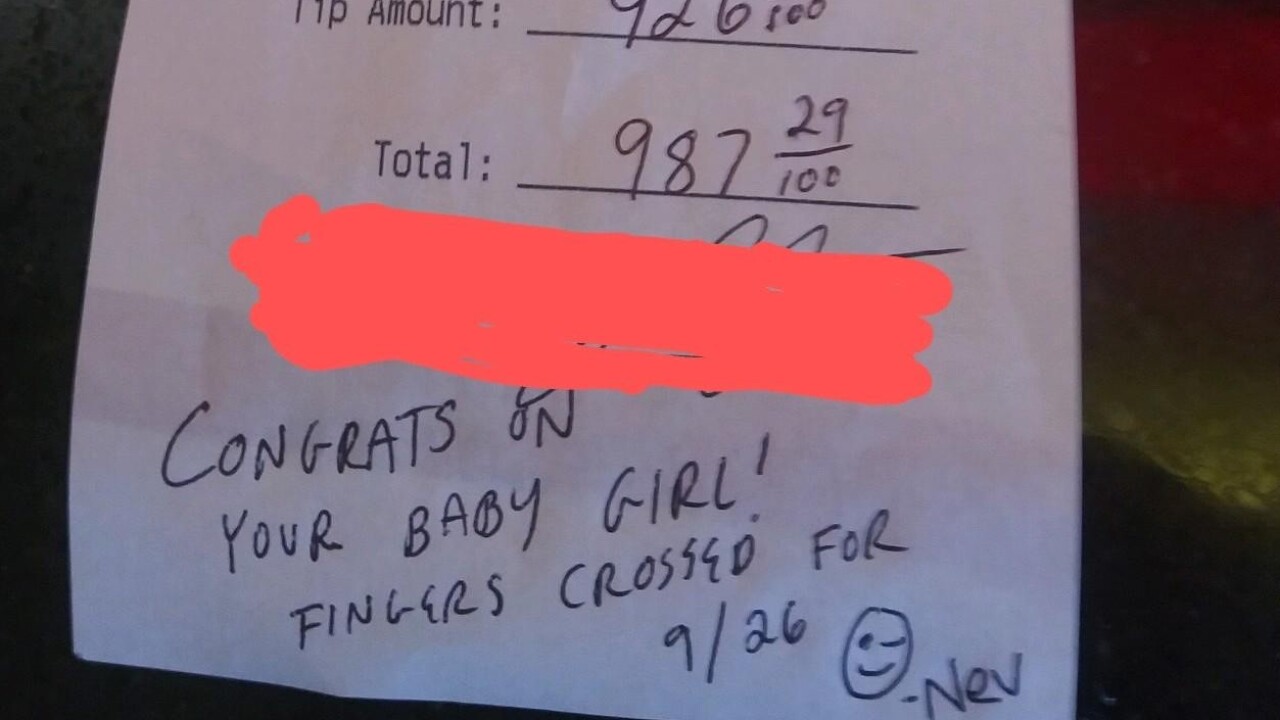 DENVER — A mom-to-be is counting her blessings after receiving a generous tip from “Catfish” host Nev Schulman, who has the same birthday as her due date.

Zulia Reyes works at the Smashburger at the Denver International Airport. She’s been a server for nearly a decade and has worked at the burger restaurant for more than a year.

She said she’s met celebrities while working, but her connection with Schulman took it to another level when he asked her when she was due.

Reyes is 32 weeks pregnant. The two took a picture and after Schulman left, Reyes discovered her a big surprise on the table.

Schulman left a note at the end of the receipt reading, "Congrats on your baby girl! Fingers crossed for 9/26, Nev.”

Through tears, Reyes admitted she had lost hope on Monday.

“I had one of those days where nothing went right for me at work,” she said.

Her husband is out of work as they prepare for the arrival of baby Zulia. In April, Reyes was laid off for nearly a month from Smashburger. She felt relief when she was called back for work but said she was “petrified” of the risk of COVID-19.

Reyes said the good deed came during a time of need and called it a "blessing." She said the extra money will help with rent and baby essentials.

Reyes said she reached out to thank Schulman on Instagram.