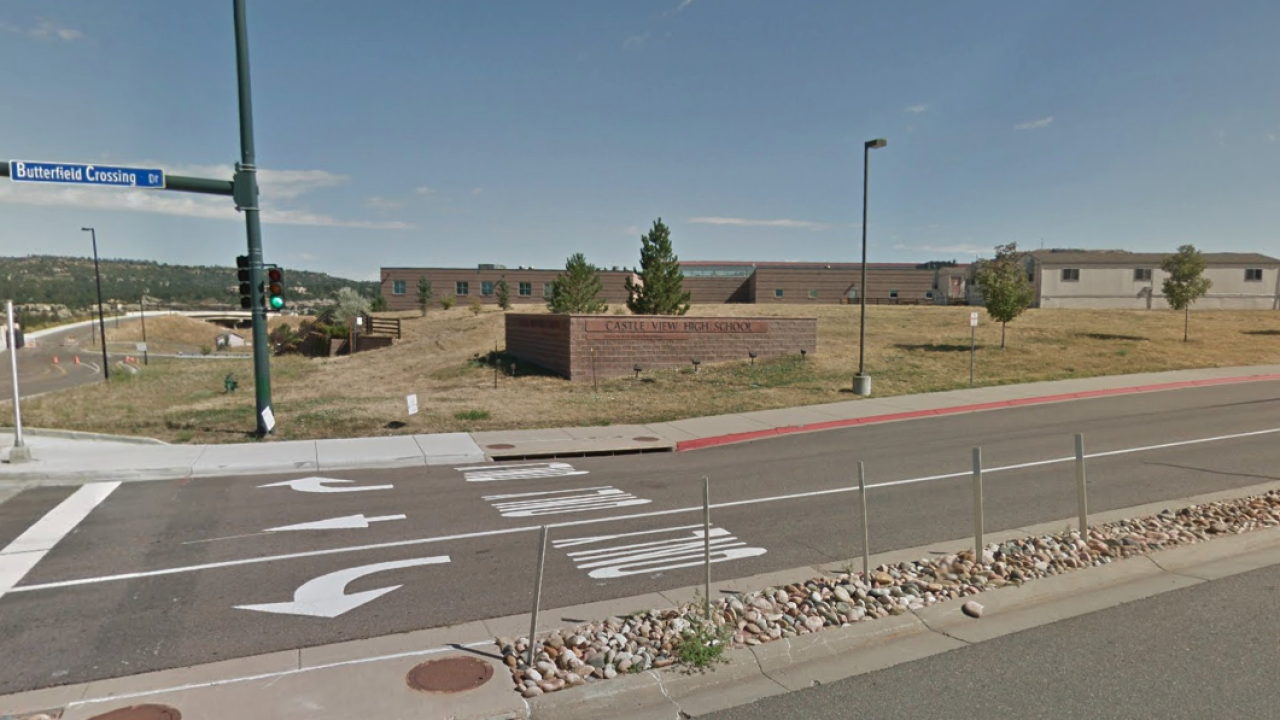 CASTLE ROCK, Colo. — A high school in Castle Rock was evacuated Monday morning due to a bomb threat.

Authorities also started investigating the threat and its credibility, the sheriff's office said. At 2:45 p..m., Castle Rocky police said they found that the threat was not credible and the school was safe. No arrests have been made in connection to this incident.

Prior to this, Paula Hans, spokesperson for the sheriff's office, said all students are "still safely on school property."

The high school implemented an early dismissal for all students, beginning at 11:30 a.m.

Students who drove their cars or walked to school will be able to leave on their own. Those who take the bus will be picked up at the school and dropped off at the normal stops. Parents and guardians who drop off their students can pick them up at Castle Rock Middle School, located at 2575 Meadows Boulevard in Castle Rock.

Students are not allowed back into the building to collect any belongings, the sheriff's office.

Law enforcement will remain at the school to help with this early dismissal.