CASTLE ROCK, Colo. — The town of Castle Rock is considering allowing pit bulls. The breed was banned back in 1992.

A recent town survey found that a lot of people support lifting the ban. The town council is interested, saying, in reality, the ban is just too hard to enforce.

Aside from Castle Rock, six other communities in Colorado have pit bull bans, including Denver. The bans have been challenged in court over the years but have remained in effect to this day. 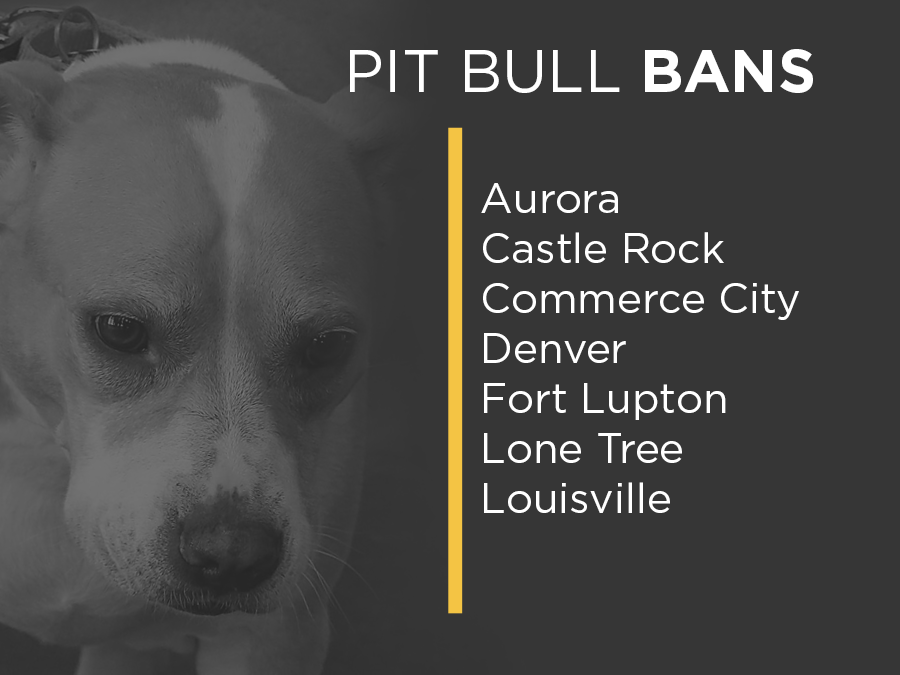 Denver implemented its ban on the breed in 1989 after a series of fatal attacks. In 2004, the ban was briefly lifted after a new state law passed. But a successful lawsuit later that year reinstated the 1989 ordinance.

If you'd like to voice your opinion on the Castle Rock measure, there will be a town hall meeting Wednesday.