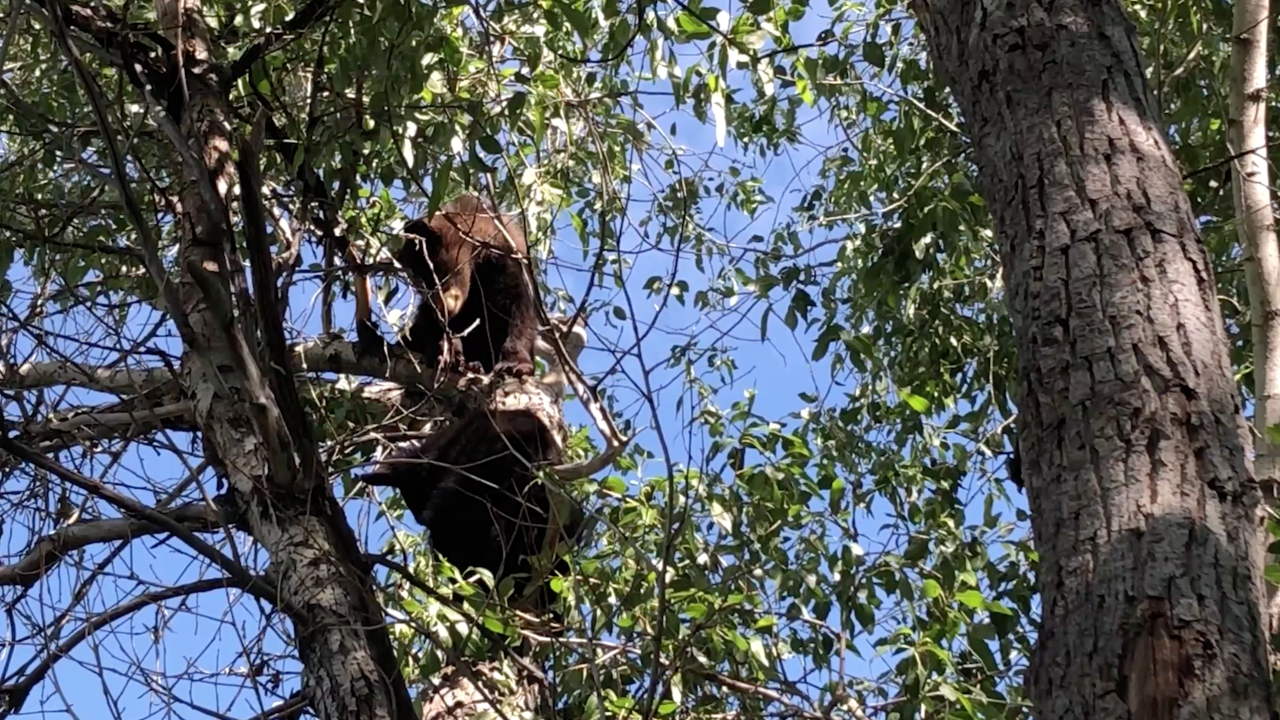 Colorado Parks and Wildlife.
Cubs waiting in a tree in Castle Pines last week after their mother was shot by a resident.

CASTLE PINES, Colo. – The mother bear found dead in Castle Pines this week was killed by a resident who had concerns about the bear trying to enter their home, a lawful reason for using lethal force, Colorado Parks and Wildlife announced in a news release Sunday.

Wildlife officers are still looking into the incident.

Another Castle Pines resident found the bear dead Thursday at the base of a tree , with two of her cubs waiting in the branches above her.

State law allows people to use lethal force against a bear if they feel threatened by the animal. Any killing in that situation must be reported to authorities within five days. The bear in Castle Pines was killed about 1 a.m. on Thursday, and the resident reported the death on Friday evening, officials said.

“This is an unfortunate occurrence, and you never want to hear of a sow getting killed and cubs being orphaned,” CPW Northeast Region Manager Mark Leslie said in a statement. “Review of the events in this case did not reveal any statutory violation with regards to the killing of the sow.”

Wildlife officers captured the two cubs and took them to Frisco Creek, a wildlife rehabilitation facility near Del Norte that is operated by CPW.

Leslie warned residents that black bears are a thriving species in Colorado, including along the Front Range, where they often find food, shelter and water to survive. Leslie warned against putting trash outside the night before collection day and keeping a bird feeder outside during summer months, as those can attract bears when they're out of hibernation.

MORE | The bears are awake, Colorado: 7 things to know to stay safe