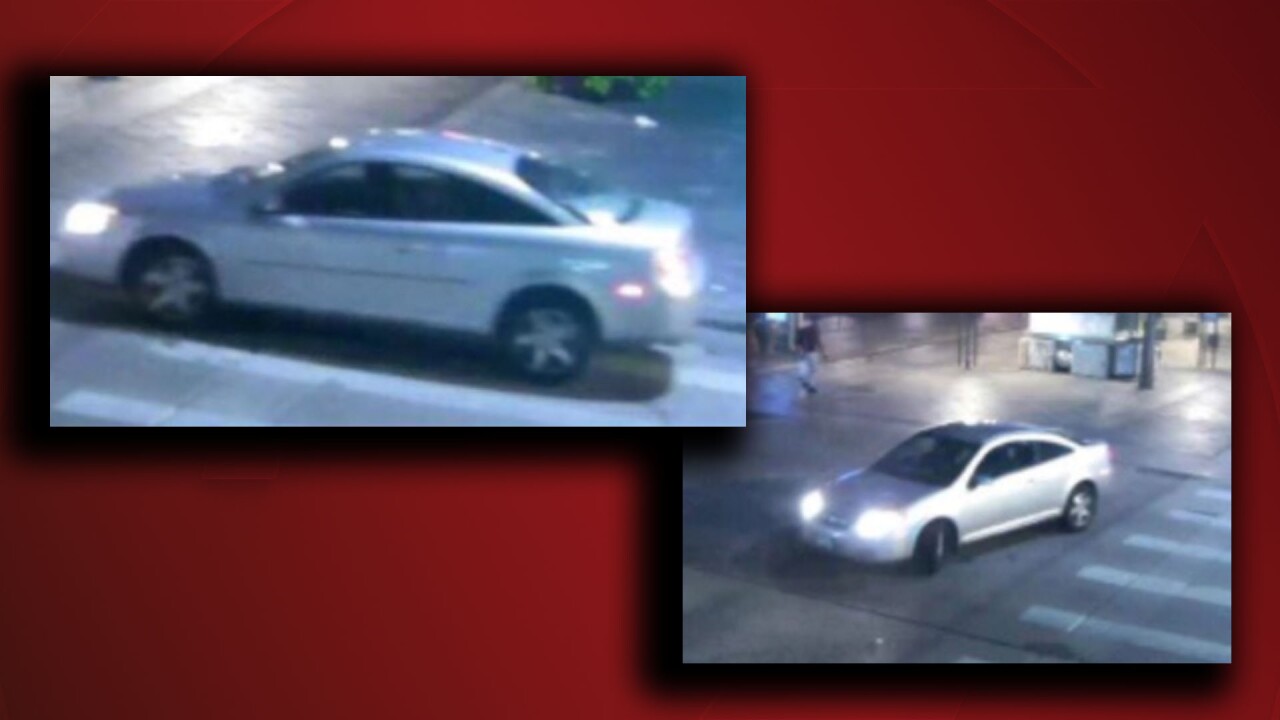 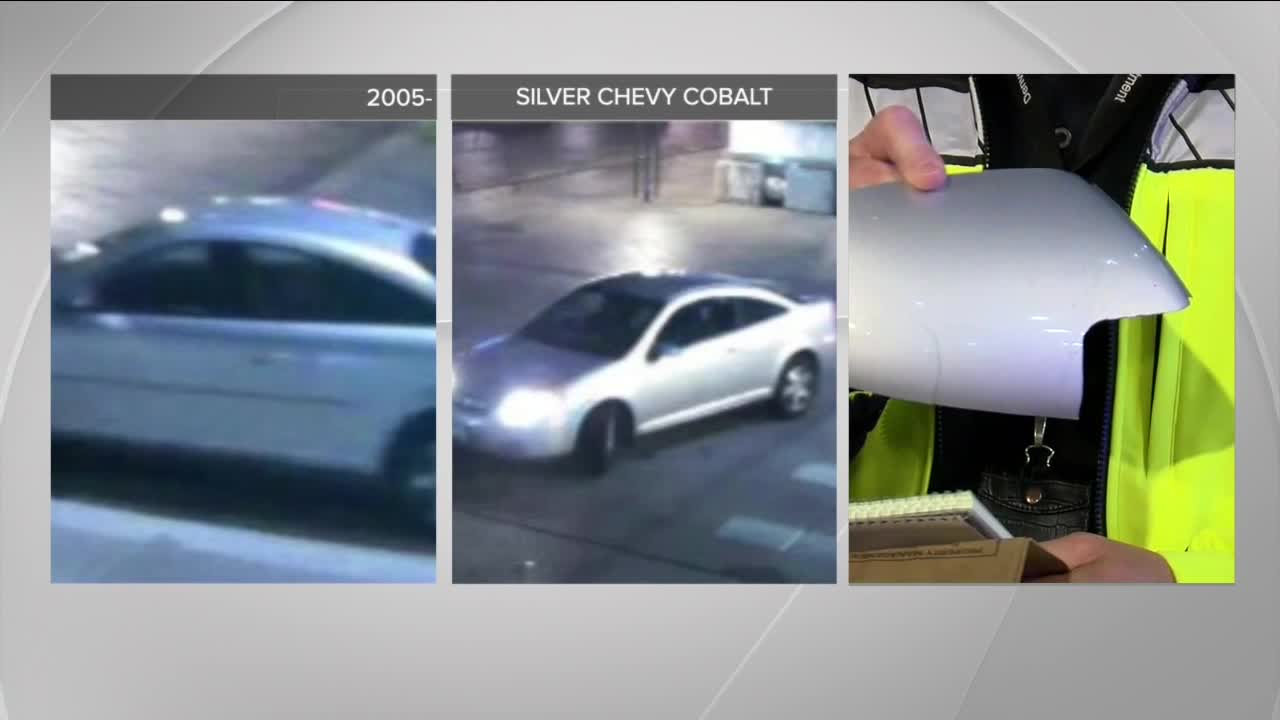 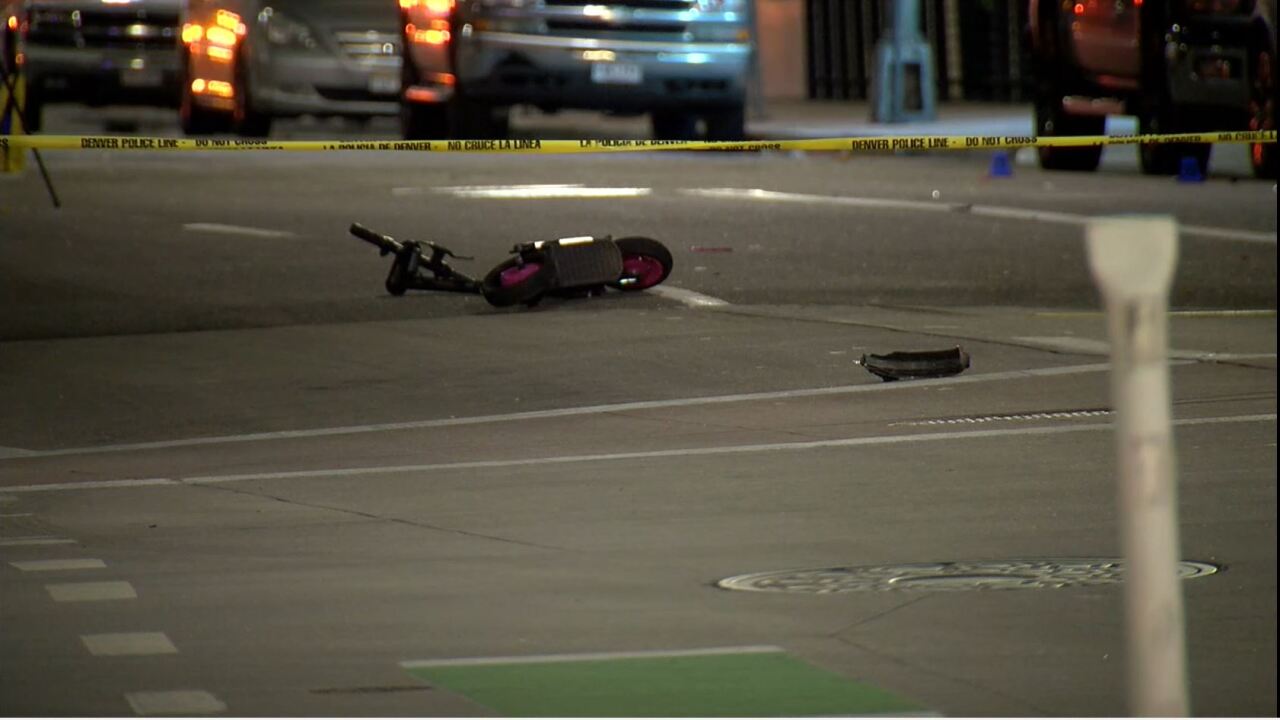 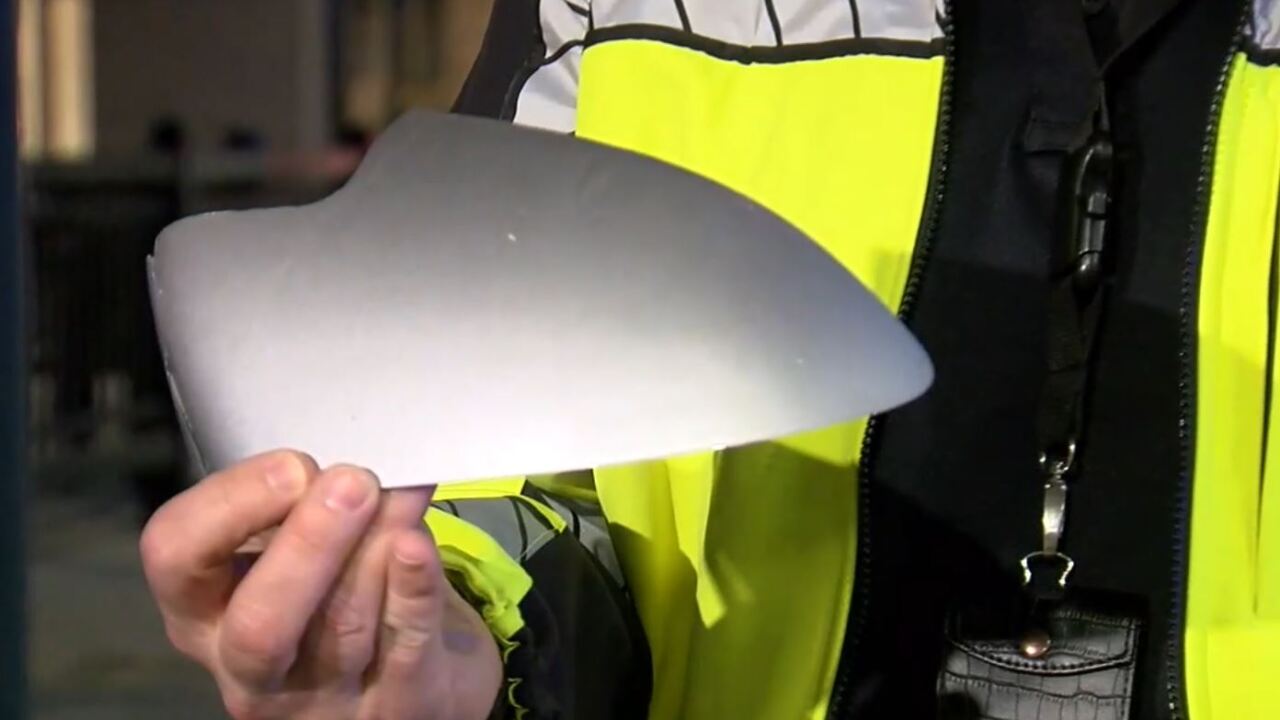 DENVER — Police are looking for the driver who veered into a group of people riding scooters in downtown Denver Monday morning, leaving one man dead and another seriously injured.

The crash happened at 1:36 a.m. Monday at 14th Street and Arapahoe Street.

Lt. Robert Rock with the Denver Police Department's Traffic Investigations Unit said four people were riding scooters on Arapahoe Street headed toward 14th Street when the driver of a silver two-door Chevy Colbalt — likely a 2005 to 2010 model — speeding in the same direction veered into the left lane, where the scooter riders were attempting to turn left.

Two of the riders were struck by the vehicle. One man was thrown to the sidewalk and died. Another man was seriously injured, Rock said.

No one else in the group was injured.

They vehicle did not stop or remain on scene, Rock said.

It was last seen going south on Speer Boulevard from Arapahoe Street.

"We suspect that this vehicle has heavy front-end damage and it is also going to have a damaged side (driver's) view mirror," Rock said.

The front windshield may also be damaged, according to Rock.

Investigators are reviewing video that they obtained to get more information about the vehicle and driver.

"Right now, what we would like is for this driver to simply give us a call and let us know what happened," he said. "We understand accidents happen. We want to be able to talk with this individual about this, before this turns into a much more serious incident than it already is."

The driver is wanted for vehicular homicide and leaving the scene of a crash that resulted in a death.

On Tuesday, police said they are not yet sure if the driver purposefully crashed into the scooter riders.

Anyone with information is asked to call Crime Stoppers at 720-913-7867. Anonymous tipsters can earn up to $2,000 for successful tips.