Car stolen from DIA with Colorado woman's father's ashes inside 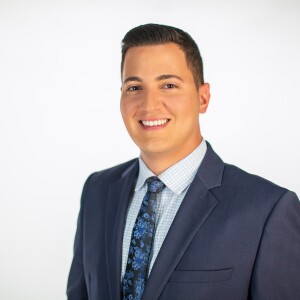 DENVER — An emotional trip away for Shannon Davis was made worse after returning to Denver.

"She was in tears, sobbing. Just destroyed," her husband Nick Davis said Saturday. He spoke with Denver7 on her behalf as she was too unnerved to go on camera.

Shannon flew to Des Moines, Iowa, on June 23 to spread her grandfather's ashes. When she landed back at Denver International Airport on June 30, she quickly realized her drive back home to Craig wasn't going to be easy.

Someone stole their 2012 silver Dodge Charger, with CO license plate ANR-M60, from the Pikes Peak parking lot. Nick says Denver police confirmed the person who stole it was seen on camera paying for the $42 parking fee on June 29.

"They found a way to get a key fob and open our door electronically like it was theirs," he said.

While they would like to get their car back, their focus right now is on Shannon's silver heart necklace. It contains her father's ashes.

"It was in the sunglasses holder, in the visor," Nick said. "The car, it can be replaced, you know, but that necklace holds so much sentimental value. There's nothing you can do to replace that."

What happened to Nick and Shannon isn't rare.

Car stolen from DIA with Colorado woman's father's ashes inside

Several months ago, Denver7 reported on a Littleton man's truck that was also stolen from Pikes Peak while he was mid-air to Hawaii. Denver Police records then showed car thefts at DIA were higher this year than the three-year average in that area.

"It just makes you wonder if there was, like, some kind of ring that's going on," Nick said.

Nick and Shannon are hoping that, by spreading the word about what happened, the person who did this will do the right thing and return the necklace.

"If they could just send it to you guys or the police department, I don't care," Nick said. "We just would really like that back."

An airport spokesperson says they're working with DPD and its contractors to increase patrols at its lots.