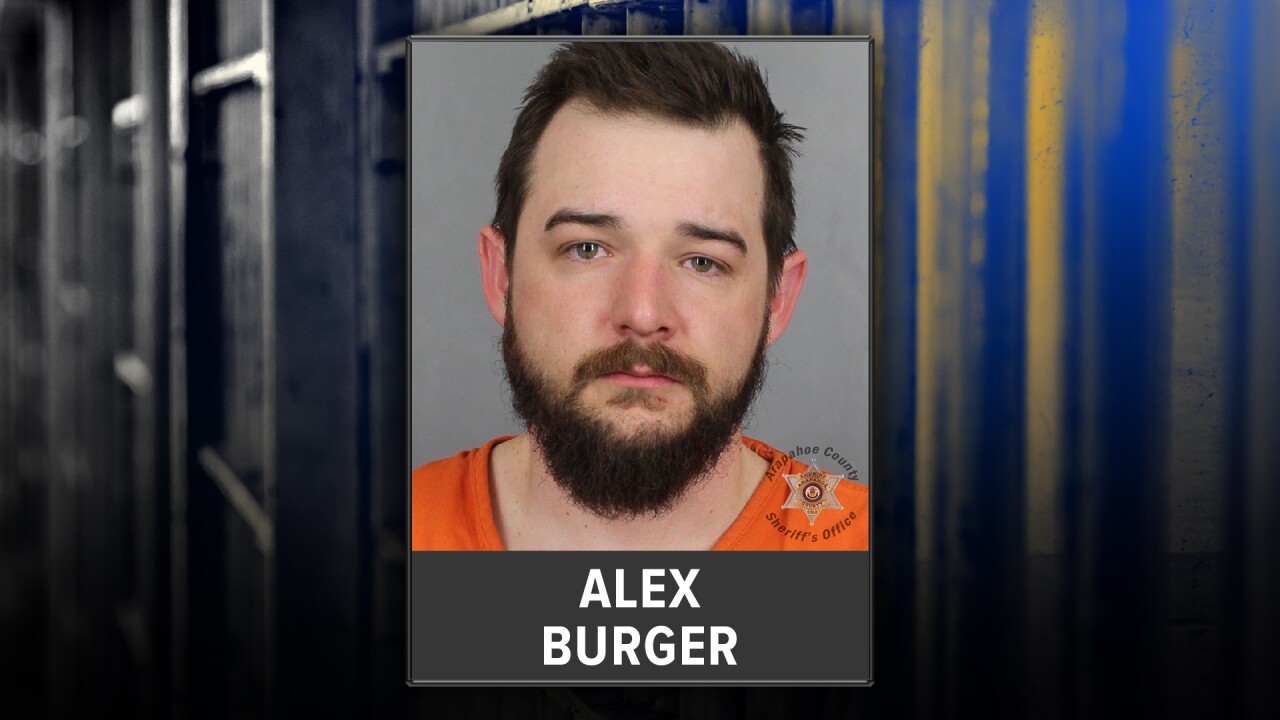 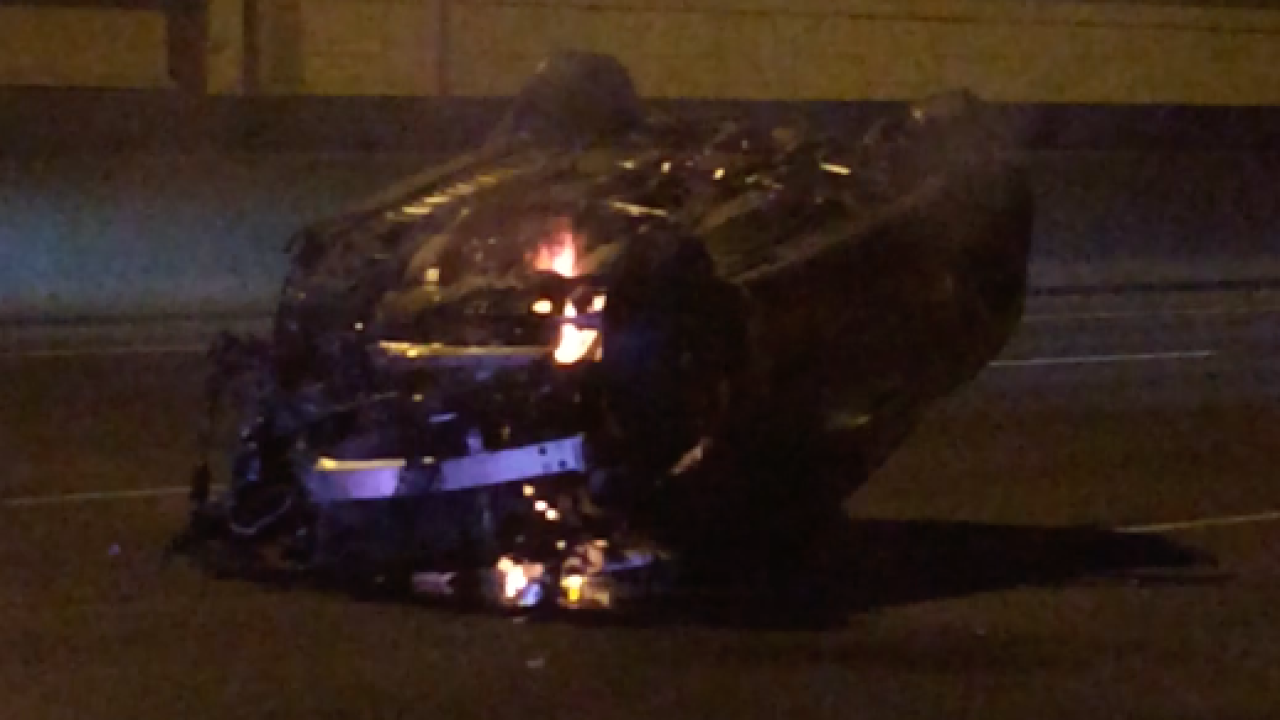 GREENWOOD VILLAGE, Colo. — Police have arrested one person after a car crashed and caught fire early Thursday morning on Interstate 25.

Greenwood Village police said they responded to the crash around 11:30 p.m. at I-25 and Orchard Road.

One car was traveling at a high rate of speed and lost control, colliding with the center concrete barrier, police said. Multiple chunks of concrete were "catapulted into the southbound I-25 lanes," police said. The car that struck the barrier went airborne, struck a large street lamp in the center median and rolled multiple times before catching on fire.

The driver, who was identified as Alex Burger, 28, of Denver, escaped with minor injuries. He was arrested on suspicion of DUI and will be charged with reckless driving and vehicular assault.

Video from Denver7 viewer Joshua Reising showed that the car had caught fire after the crash.

Other cars that were traveling southbound were struck by the chunks of cement. Several had to be towed from the highway. One driver was injured and transported to the hospital with serious bodily injury.

CDOT is working to repair the barrier and replace the street lamp.

This area has been a hot spot for drag racing for years. Denver7 talked with Douglas County deputies in May 2017 about the issue. Police have not confirmed if the suspect was racing anybody at the time of this crash.

All northbound lanes of I-25, as well four on the southbound side, were closed as authorities investigated and cleaned up the scene throughout the morning.