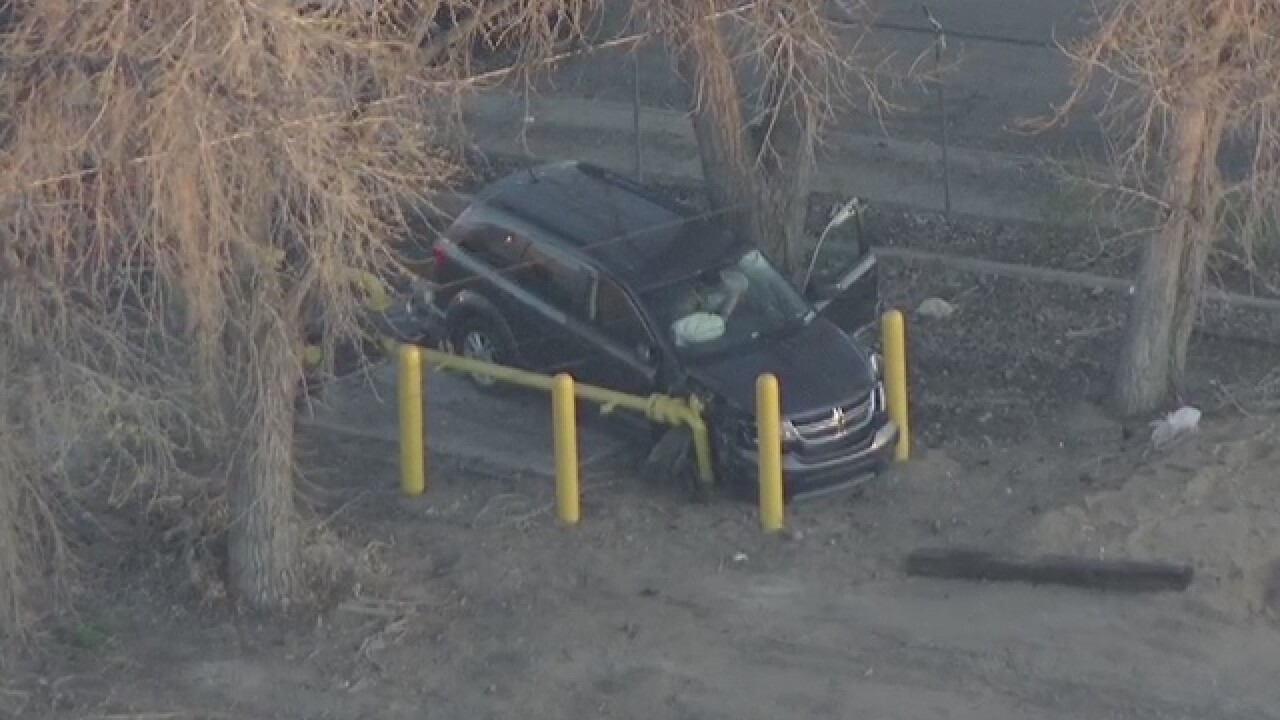 A car crashed into a gas line in Commerce City early Monday morning.

AIRTRACKER7 was over the accident at East 48th Avenue and Newport Street at 6:45 a.m. That is just a few blocks west of the Shops at Northfield Stapleton, near Interstate 70 and Interstate 270.

Xcel is on the way but they aren't too worried about this crash. Not a traffic issue. 48th & Newport. pic.twitter.com/0r1PaYKX6U