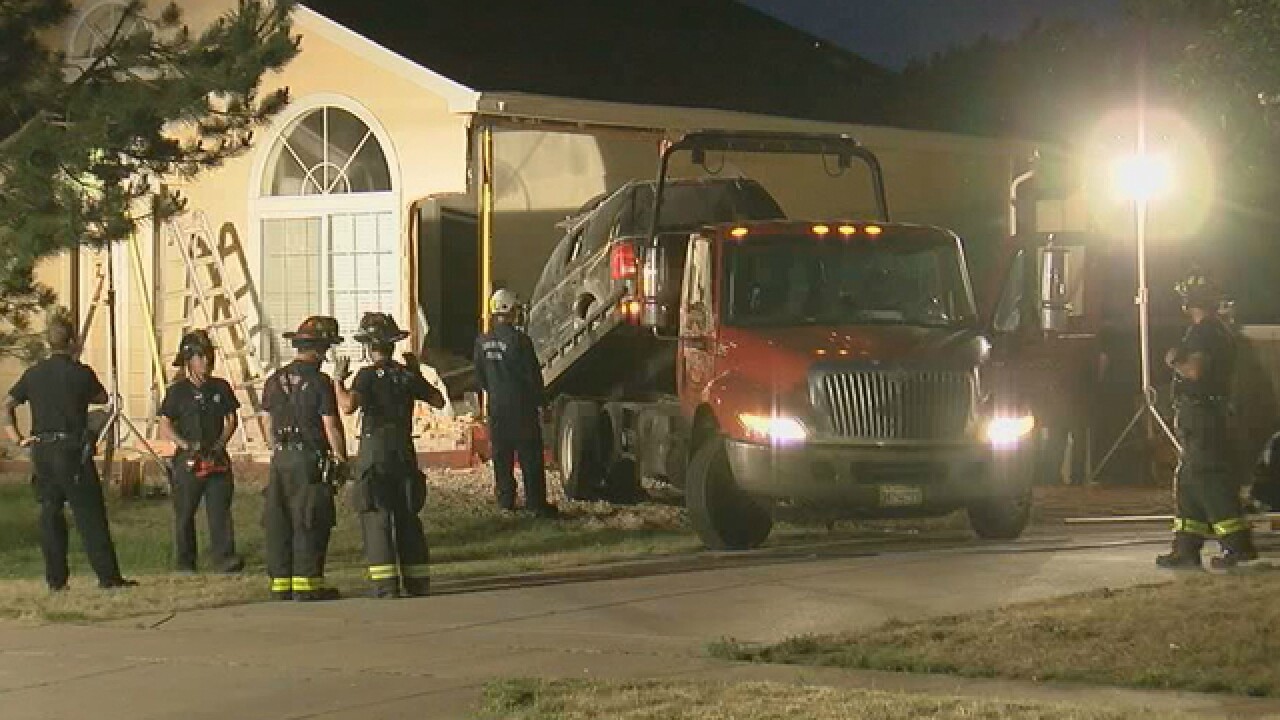 <p>SUV crashes into the living room of a home in the 4500 block of Flanders Way.</p>

Denver Fire Department tweeted out about an SUV into a home in the 4500 block of Flanders Way in Green Valley Ranch.

Firefighters said nobody was home when the Explorer drove through the living room. Denver Fire reported no injuries from the crash.

The driver of the SUV took off on foot and was found about an hour and a half later.

According to firefighters, the house has been condemned. Crews will secure the damaged wall so it is safe for the owners to go inside and collect their belongings.

The cause of the crash is under investigation. The identity of the driver has not been released.