Canyonlands Fire, which is burning a few miles northwest of Cañon City, grows to 40 acres 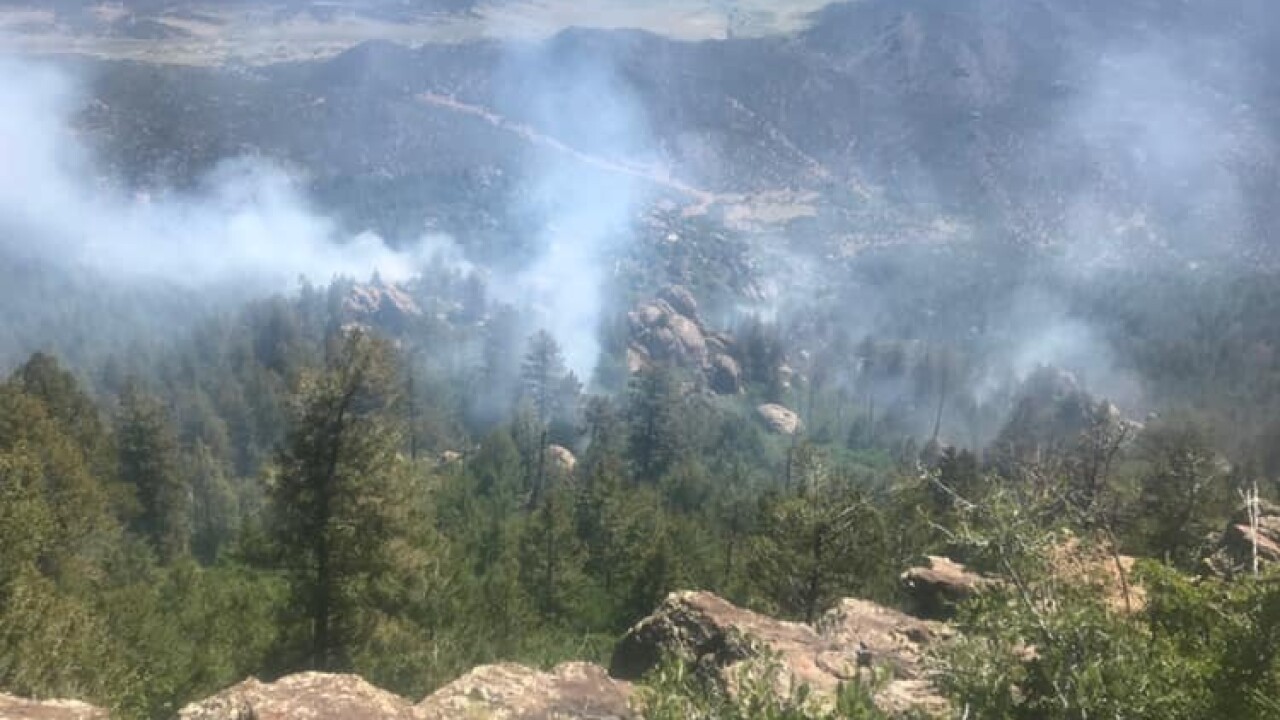 The fire, which has been named the Canyonlands Fire, was estimated at about half an acre on Tuesday evening. Officials with the Bureau of Land Management said lightning likely caused the fire. The BLM reported it had grown to 40 acres by Wednesday at 9 p.m.

The fire slowly worked uphill to the west as it burned Gambel oak and grass to reach a ridgetop by Wednesday afternoon. It remains 0% contained.

The fire is not threatening any structures, BLM said.