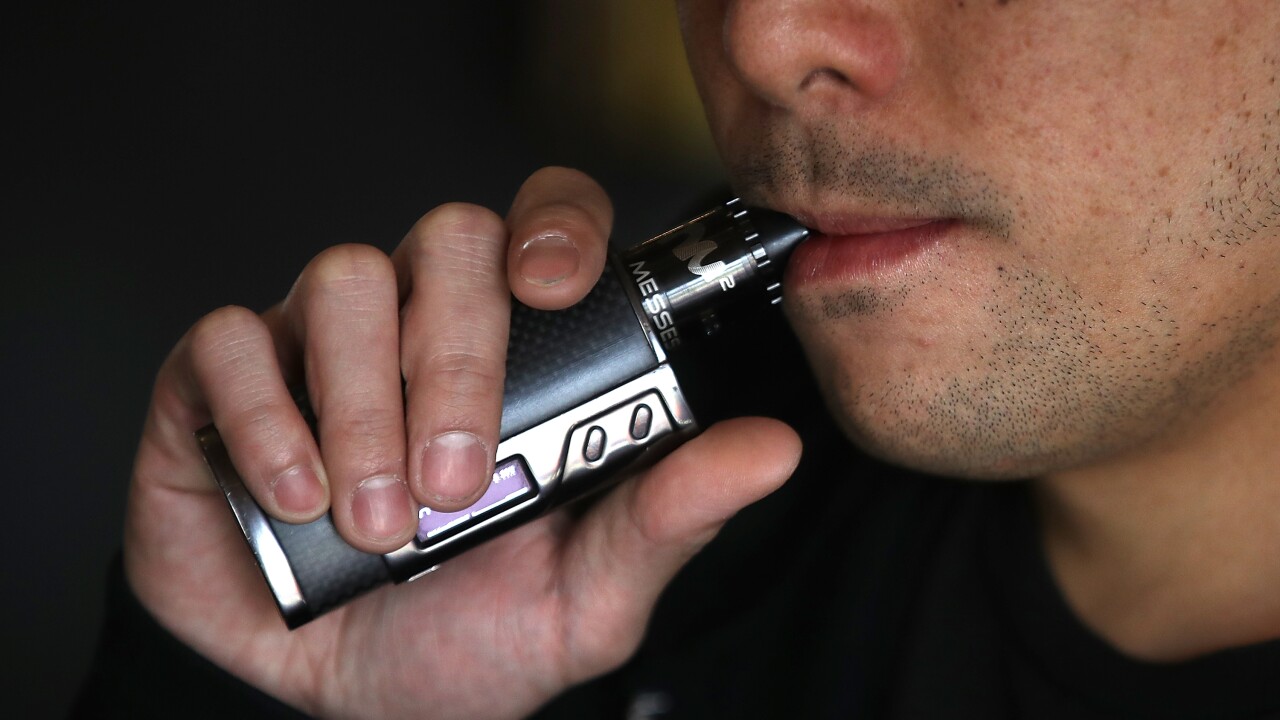 DENVER (AP) — Cannabis advocates are watching closely as Colorado lawmakers consider limits on where e-cigarettes can be used.

Lawmakers want to combat rising teen use of nicotine-containing vaping devices, which research suggests can lead to long-term tobacco addiction.

A bipartisan bill would add electronic cigarettes and other vaping devices to the Colorado Clean Indoor Air Act.

E-cigarettes heat a nicotine solution into a vapor that's inhaled.

Activists want cannabis exempted from the list of vaping substances included in any new restrictions.

They argue it would discriminate against medical marijuana users who are treating PTSD and other conditions.

The bill gets its first hearing on Wednesday.