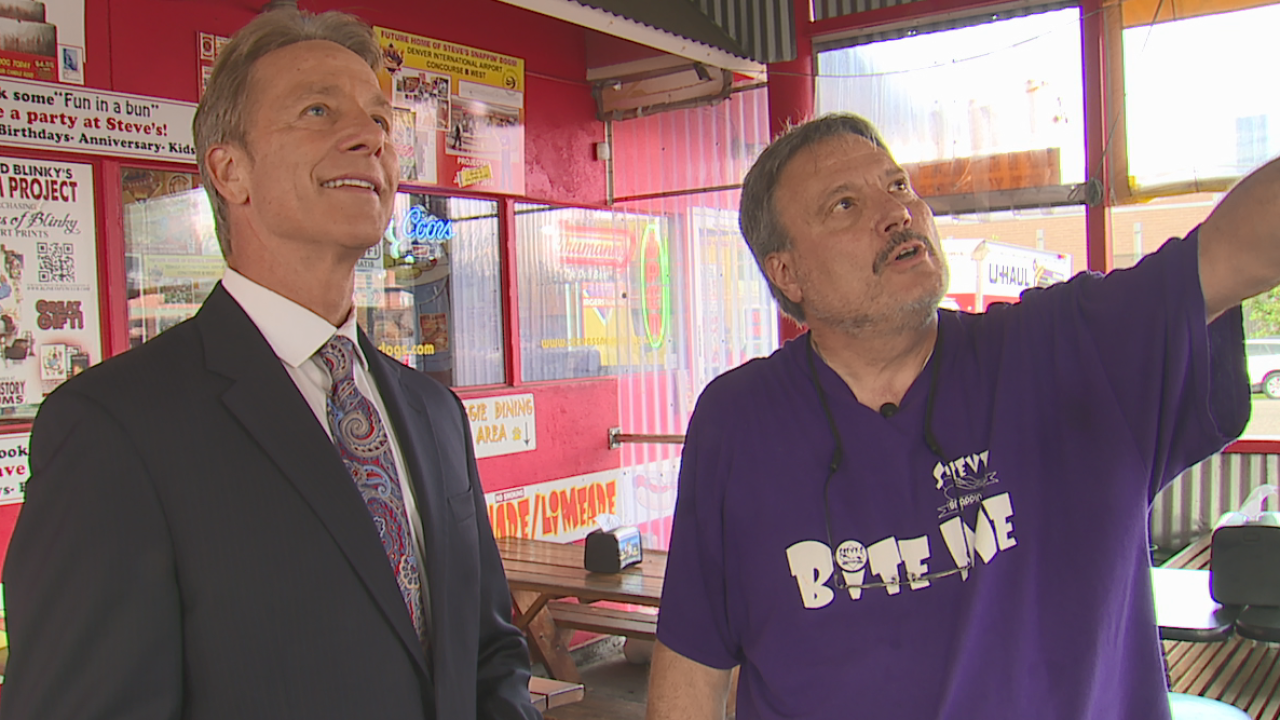 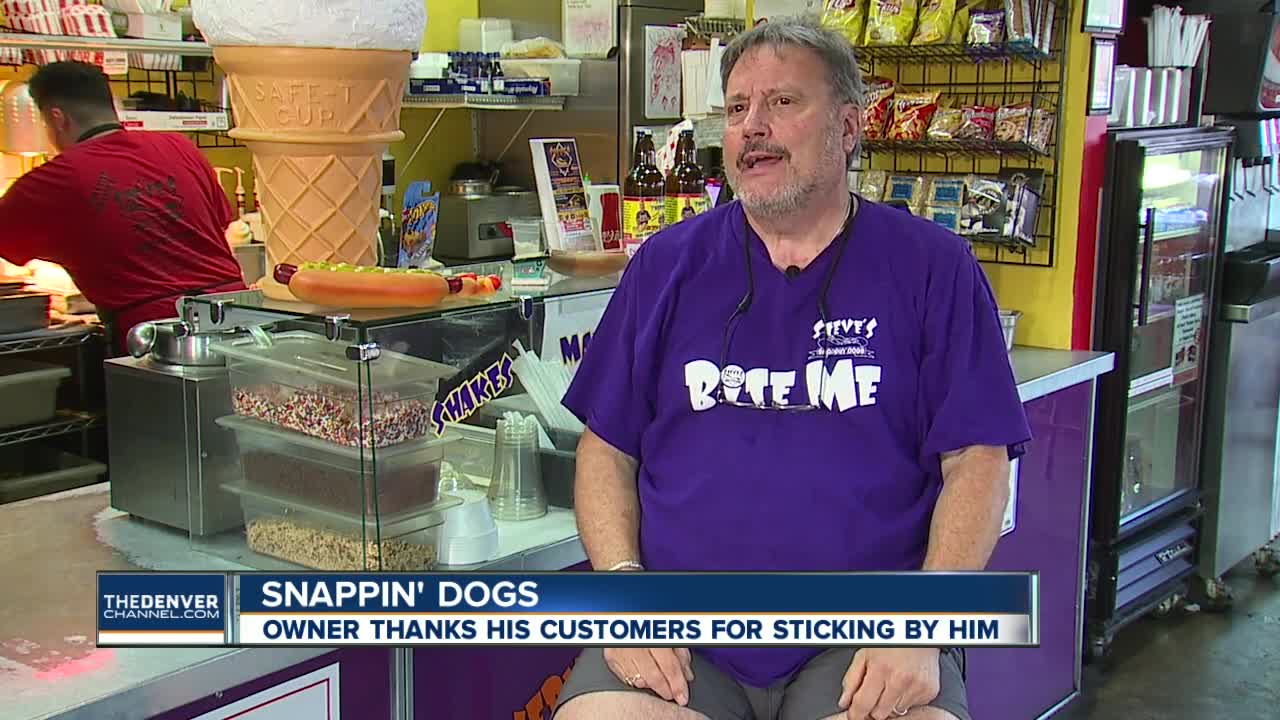 DENVER — You've seen his restaurant on Colfax. If you're a hot dog lover, you've probably been to Steve's Snappin' Dogs.

For 13 years, owner Steve Ballas has served up gourmet hot dogs to everyone from athletes to politicians.

His life was nearly cut short in 2016 when Ballas was diagnosed with cancer. But he is now cancer-free, and incredibly grateful to the customers, he said helped pull him through.

"Even if you're in a bad mood, I come here, I'm in a great mood," customer Ezra Jackman. "I get some great food, great atmosphere. It's perfect,"

Ballas came to Boulder in 1978 from Monroe, Connecticut.

"Boulder was a pretty cool town in 1978," Ballas said. "I thought, 'this is better than Monroe, Connecticut."

In Boulder, he met his soon-to-be-wife Linda, the daughter of Denver TV legend Blinky the Clown.

After stints as a police officer and firefighter on the east coast, the couple moved back to Colorado.

"Everybody kept telling me, 'you can't get a great dog in Denver," he said.

A light bulb went off, and Steve's Snappin' Dogs was born.

"People were calling and saying, 'this is Steve's Snappin' Dogs? Steve, my dog is not mean. Will you be able to take care of my dog?'" Ballas said. "I'm like, 'there's a 15-foot hot dog up there! We do hotdogs.'"

Ballas added burgers and sides, along with custom beer and business started booming.

"And then here comes a car. Here comes another car. We have lines out the door. That's how it started," he laughed.

Then three years ago, Ballas thought his journey had ended. He was diagnosed with stage 3 kidney cancer.

"It's easy to be down, and I had my down days," he said. "But cancer thrives on negativity."

Surgeons removed his kidney and miraculously, the cancer disappeared.

Ballas said he has no doubt what pulled him through.

"Everyone here has helped me through this," Ballas said. "Thank you, Colorado. Thank you for following me. Thank you for helping me beat cancer because you all did."

Now Ballas is back, firing up custom dogs and entertaining customers. He said his dog days are just beginning.

"I want everybody in Colorado to have a Snappin' Dog before I go," Ballas said. "I've got a lease until I'm 82, so I'm not going anywhere."

Ballas has now expanded his Snappin' Dogs restaurant to DIA. More importantly, he's healthy and back behind the grill where he belongs.