California crash kills one, injures six from Denver-based band; driver in other car charged with DUI

The 12-day tour was a dream come true for 28-year-old Patrick Carney, but after his band finished their final performance, the dream turned into a nightmare.

ELK GROVE, Calif. — The 12-day tour was a dream come true for 28-year-old Patrick Carney, but after his band finished their final performance, the dream turned into a nightmare.

Early Monday morning, Patrick and members of the Denver-based heavy metal band Short Fuse 59 were driving on Interstate 5 in California back to Denver. They'd just wrapped up a week and a half of concerts. At 2:36 a.m., a 2016 Ford Escape rammed into the back of the van, causing it to roll over on its roof in the median of the highway. Patrick and the van driver, Colin Michael Mulhern, 30, were both ejected from the vehicle, according to California State Patrol.

The California Highway Patrol said the driver of the Ford Escape was arrested and charged with a DUI.

On Tuesday morning, Ashley Carney, Patrick’s wife, waited at a California hospital for updates on her husband’s condition. The couple lives in Highlands Ranch with their two children — one is 2 years old and the other turns 5 on Wednesday.

Ashley said Patrick was a member of a few different bands, including Short Fuse 59, which had gotten signed by a record label, and If I Fail. Mulhern was the lead singer of If I Fail and while that band wasn’t part of the tour, he wanted to tag along with Patrick and the rest of Short Fuse 59 to support them, said Megan Freese, Patrick's sister.

If I Fail's drummer Ian Crone said Mulhern was the "best friend a kid could have" and was the heart and soul of their band.

"All we ever wanted to do was get out on the road and chase our dreams and Colin was the driving force of that," he said.

Now the 30-year-old vocalist's lyrics are his legacy.

"He says in the chorus of the song, 'I'll be your wings. Give me a chance and I'll stitch up your heartstrings,'" Apodaca said, quoting a song from the band's third album. "And that's what kind of person he was for sure." 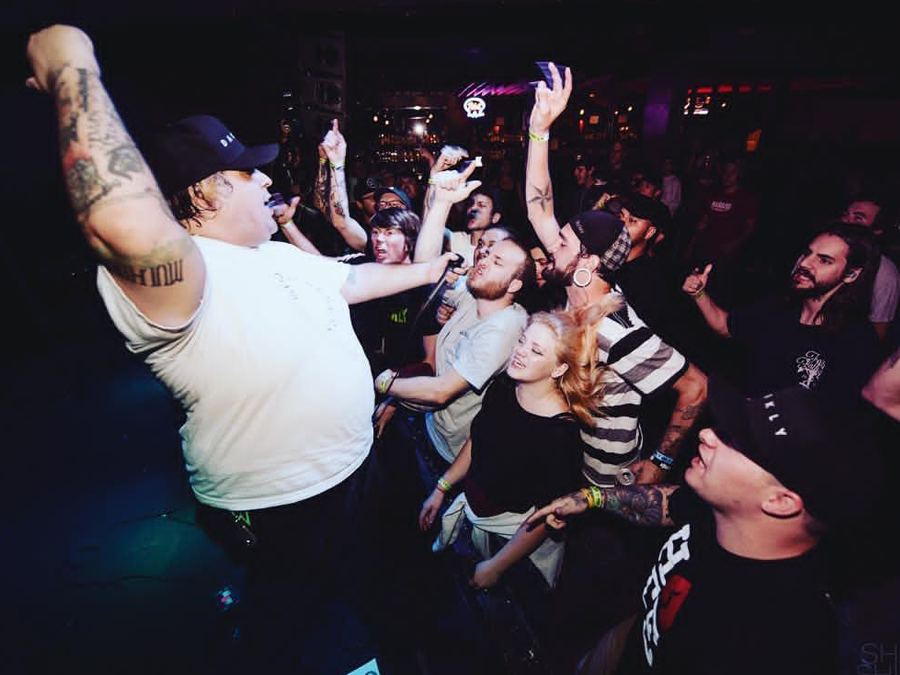 As Ashley stood in the hospital in California, she said she knew she’d have to tell her husband that Mulhern, who’d stood next to him as his best man at their wedding, had died in the crash.

According to the Sacramento County Coroner’s Office, Mulhern lived in Centennial.

All of the other five passengers in the van had been released from hospitals as of Tuesday morning, except for one man who had three spinal fractures. Ashley said she had plans to visit him Tuesday.

Patrick wasn’t conscious as of 9 a.m. Tuesday and doctors had inserted a breathing tube to help him breathe, Ashley said.

“It’s basically a medically induced coma because of the brain damage,” she said. “He has a lot of swelling in his brain. He made some progress this morning. He was able to give us a thumbs up.”

Patrick passed a breathing test Tuesday morning, but doctors wanted him to pass a few other tests before they removed the breathing tube, she said.

He has more than 30 staples from his head to his shoulder, 20 stitches, and sutures in his head, shoulder and arm. The doctors said he didn’t have a skull fracture or any broken bones, Ashley said.

“He is really a great guy,” she said. “He is one of the nicest people you’ll ever meet. He’ll put anybody before himself, always. And he’s the best dad ever.”

Megan Freese, Patrick's sister, said Patrick is full of life and his life revolves around "God, family, his crew and Mile High HardCore," a local group for heavy metal enthusiasts. In school, he was always nominated as class clown because he loves to make people laugh and smile, she said.

One of Patrick’s close friends created a GoFundMe account to help the family pay for Patrick’s medical expenses because the hospital does not accept their insurance, Ashley said. Click here for the GoFundMe campaign. As of 8 a.m. Wednesday, 360 people had donated almost more than $20,000.