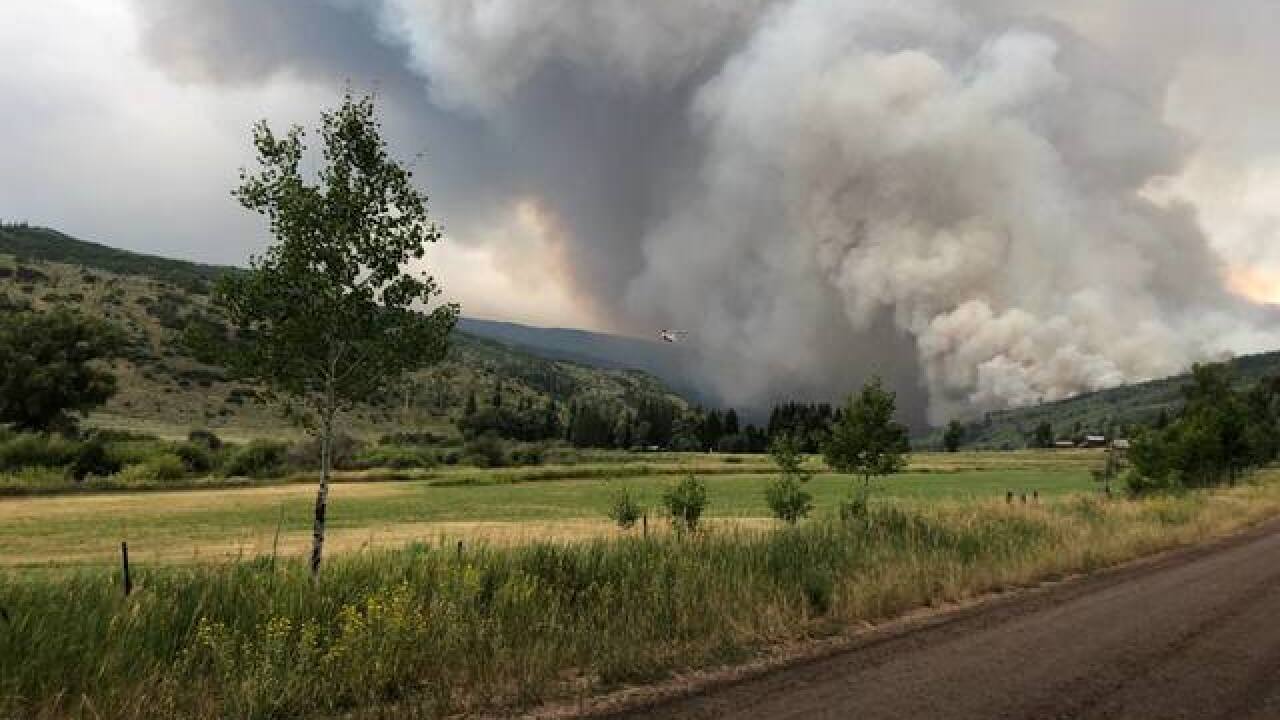 On Aug. 7, authorities posted on the Cabin Lake Fire Facebook page that the fire was 72 percent contained and 1,158 acres, and noted that the post would be the “final update for Cabin Lake Fire, pending any further developments.”

That changed this week.

Extreme fire conditions, including dry fuels and 45 mph winds, are helping the fire grow and extending the height of the fire’s smoke column, which reached higher than 23,000 feet Tuesday morning. These poor conditions are pushing the fire south and east through old burn scar areas.

Residents in the area south of South Fork Road toward Burro Mountain and southwest of County Road 10 are also under mandatory evacuation.

A pre-evacuation notice for County Road 17 was in effect as of Tuesday evening.

On Tuesday, crews actively fought the fire along its southeastern flank through the South Fork drainage area. Helicopters made water drops in coordination with ground operations throughout the day to limit the fire from spreading. Crews also spent time along the northern perimeter, where structure protection operations continued into Tuesday night.

This fire started July 29 from an unknown cause.