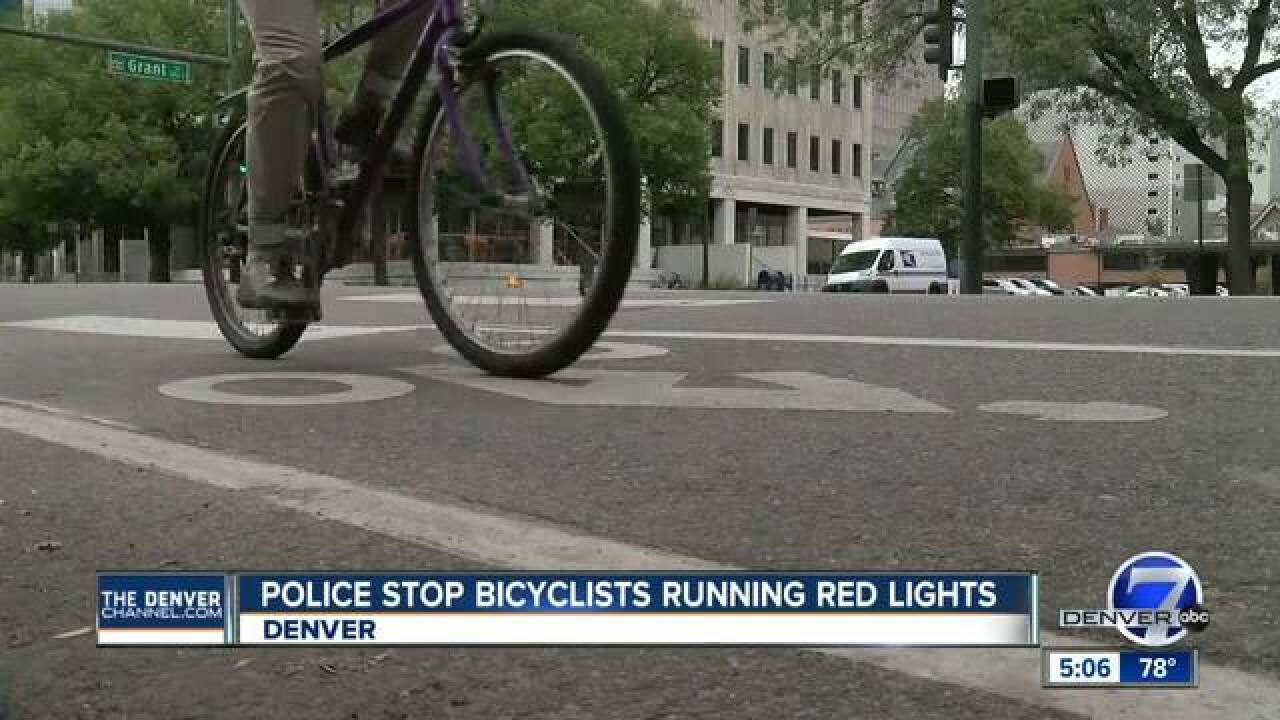 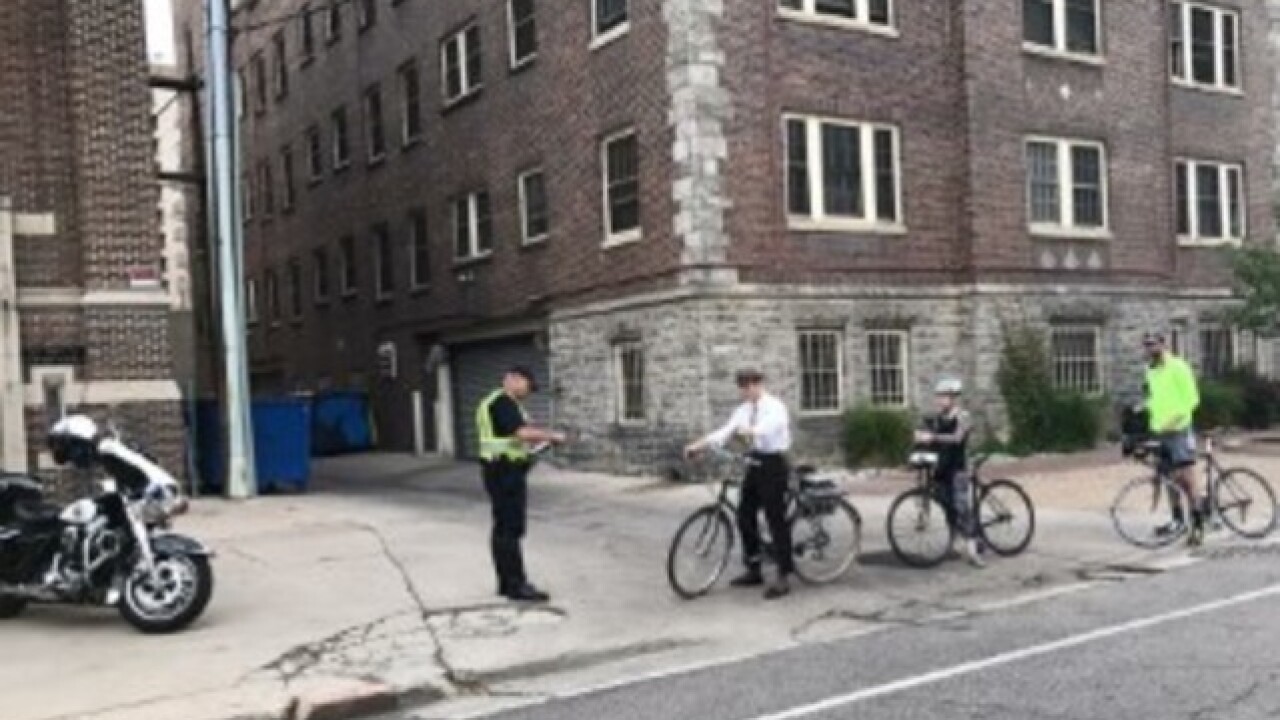 DENVER -- A photograph of three bicyclists busted for allegedly running a red light is generating a great deal of comments online.

The photo, snapped by Roger Sherman, was posted on Facebook July 25.

It shows an officer enforcing traffic laws in the bike lane at 16th and Logan.

One commenter wrote, "Way to go."  Another simply said, "Finally."

Garcia told Denver7 there was a crash between two bicyclists at the intersection of 16th and Sherman last week.

She said one of the cyclists was westbound on 16th, and the other was northbound on Sherman.

"Boom! The two of them met and it was a pretty disastrous outcome for the both of them," she said. "The bikes were completely destroyed."

Denver Police spokespeople say there is not a concerted crackdown on bicyclists, just an enforcement action, when an officer sees something that is unsafe.

"I think it's amazing (the officer) was able to catch all three bicyclists," said Megan Moloznik. "Sometimes they scatter and try to get out of there, so kudos to that police officer."

Moloznik told Denver7 that she has taken a bicycle safety course and understands how important it is to follow the rules of the road.

Tim Blumenthal, president of Boulder based People for Bikes, said he doesn't know the specifics of the Denver situation, but added, "What I do understand is the frustration that motorists feel and that bike riders feel."

He said there is a lot of tension on the road.

"Americans made more trips by cars and trucks last year than ever before," he said. "There are more people living within the boundaries of the U.S. ... so everything is more crowded ... and there is a need for more cooperation.

"If the bike riders were going through a red light in a busy part of Denver, when there are cars around, that's a bad move," he said.

But Blumenthal added that there are some situations where bicyclists shouldn't have to come to a complete stop or wait for a light to change.

He said he'd like to see Colorado adopt the 'Idaho Stop.'

"It allows people on bikes to treat stop signs as yield signs and red lights as stop signs," he explained.

Gwynneth Johnson, who rides her bike along 16th Avenue, told Denver7 she'd like to see a similar system in Colorado.

Johnson admitted that she doesn't always follow the rules when riding, but added, "I think it's fair to enforce the rules and I'll be more likely to obey the rules if they are being enforced."