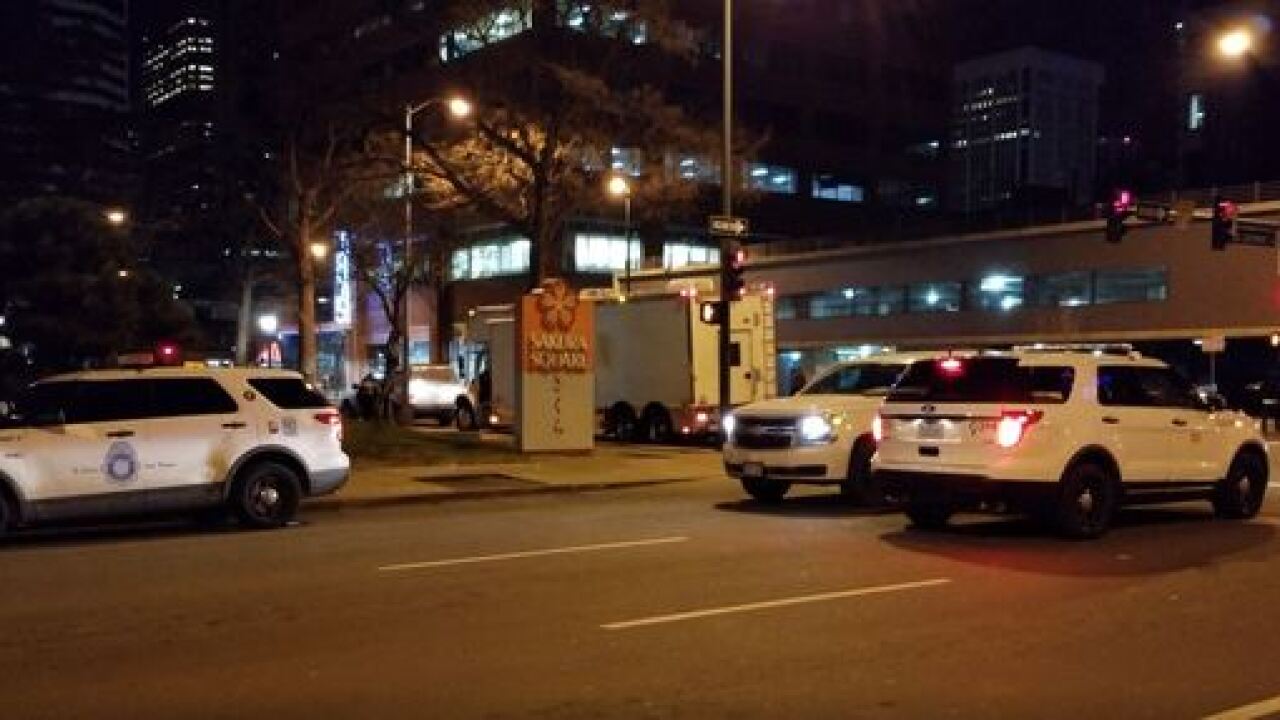 DENVER — Early Friday morning, Denver police responded to a report of a burglary suspect who had barricaded himself inside a high-rise apartment building.

The burglary was reported around 1:15 a.m. in the 1200 block of 19th street, said Denver Police Spokesperson Doug Schepman. Around 3:50 a.m. police reported a barricade situation inside the Tamai Tower at Sakura Square.

Police and Swat at 19th and Larimer for a burglary suspect that may be held up on the 12th floor of the Sakura Square bldg. 19th at Larimer closed. #breaking @DenverChannel pic.twitter.com/sIG7DAr9Dd

Around 8:45 a.m., police said they had taken one male into custody.