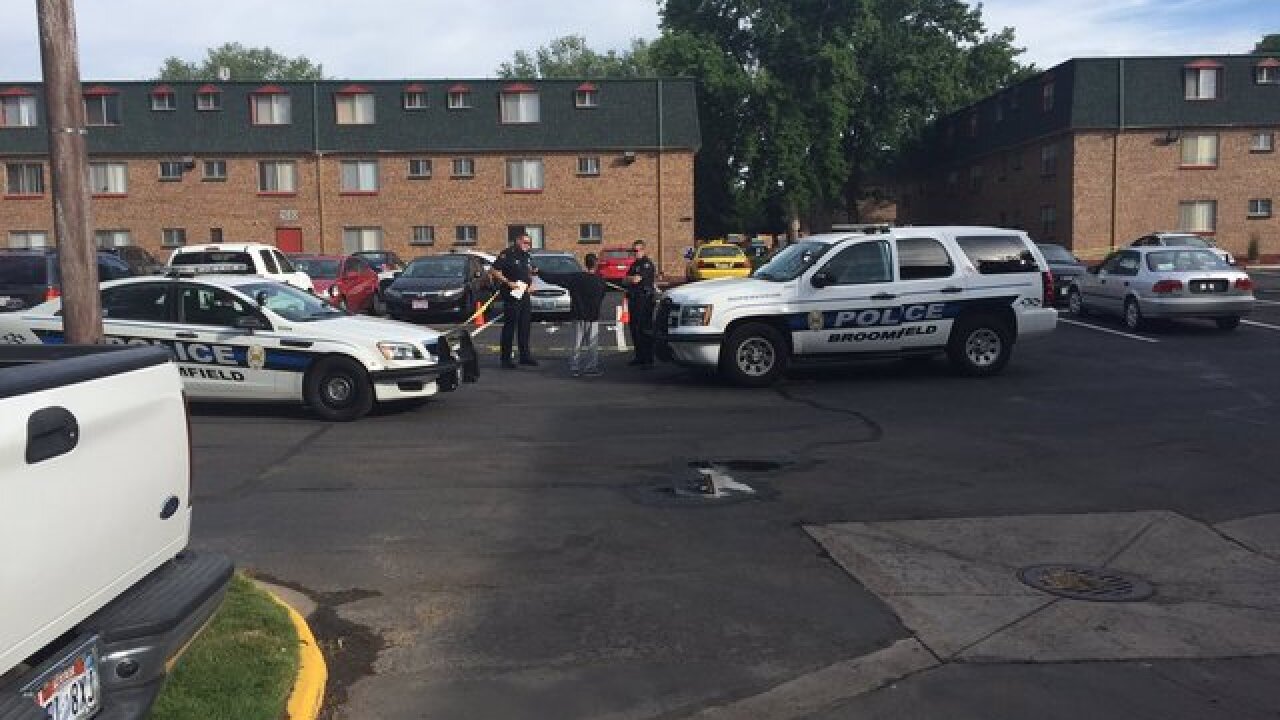 The first call for help came in at 7:06 a.m. according to Jolene Reefe, a spokesperson for the Broomfield Police Department.

When officers responded to an apartment complex on East 10th Avenue near Birch Way they found an injured juvenile and  an injured adult male.

Both were transported to the hospital for medical attention.

Police do not believe they are looking for any other suspects, Reefe told Denver7,

Investigators were looking into the circumstances surrounding how both men came to be stabbed.

Police have two areas of this Broomfield apartment complex roped off. @DenverChannel two people in the hospital pic.twitter.com/oyUI8wR6Au