'If you ain't with us, you against us:' Broncos players join protests, lead march through Denver 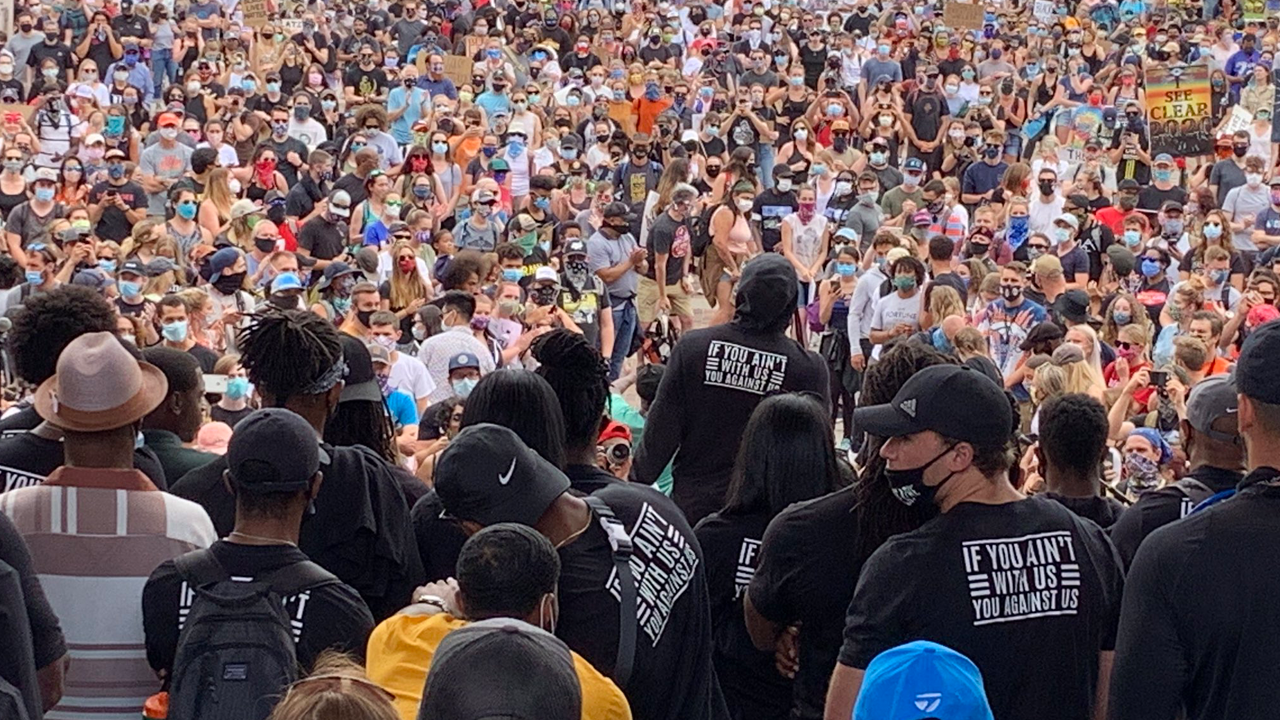 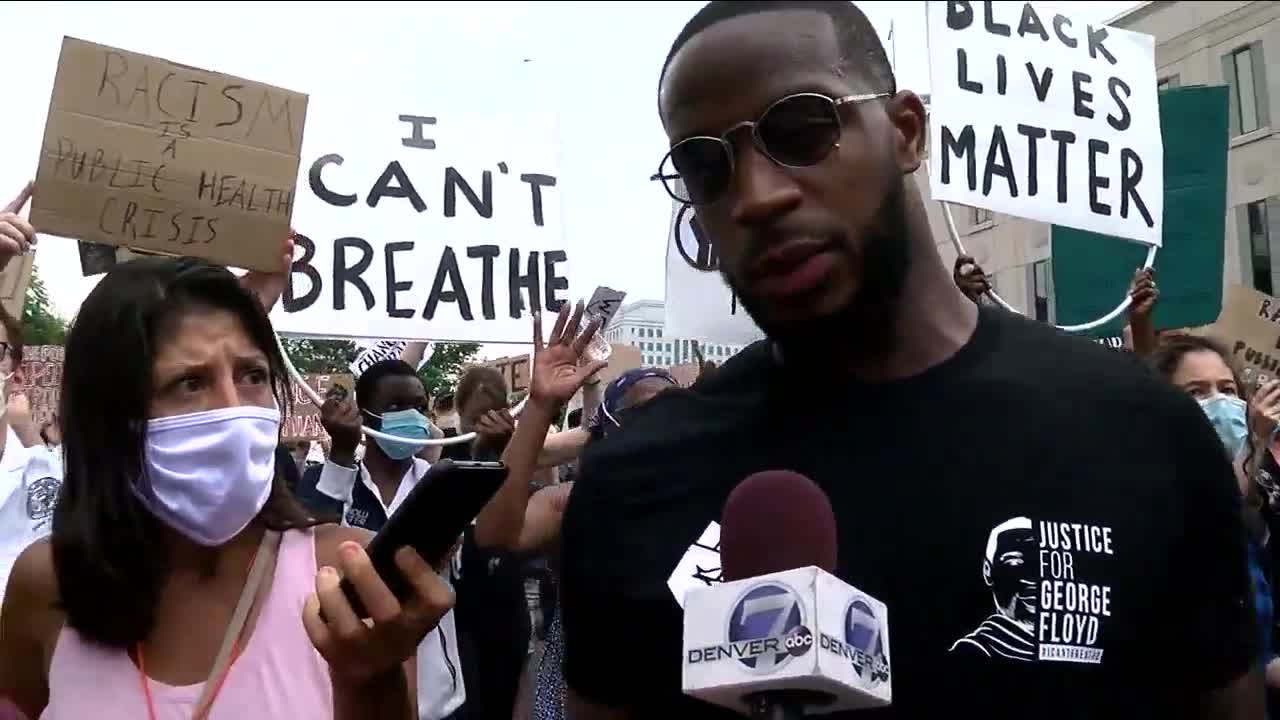 Pushed by safety Kareem Jackson with help from teammates, the event took place at Civic Center Park and included players and coaches wearing T-shirts that read "If you ain't with us, you against us."

They spoke to a large crowd gathered at the Greek Amphitheater before leading them on a march through downtown.

#Broncos rookie @jerryjeudy has been inspired by teammates in his welcome to city of Denver. #Denver7 pic.twitter.com/tWiV0X9kvl

Saturday’s demonstrations mark 10 straight days of protests after the death of George Floyd, whose alleged killers -- Minneapolis police officers – have been arrested and charged.

On Friday, a federal judge temporarily banned the Denver Police Department from using tear gas, pepper balls or "projectiles of any kind" against peaceful protesters. However, the use of tear gas or other non-lethal devices is allowed once “an on-scene supervisor at the rank of Captain or above specifically authorizes such use of force in response to specific acts of violence or destruction of property that the command officer has personally witnessed,” according to the ruling.