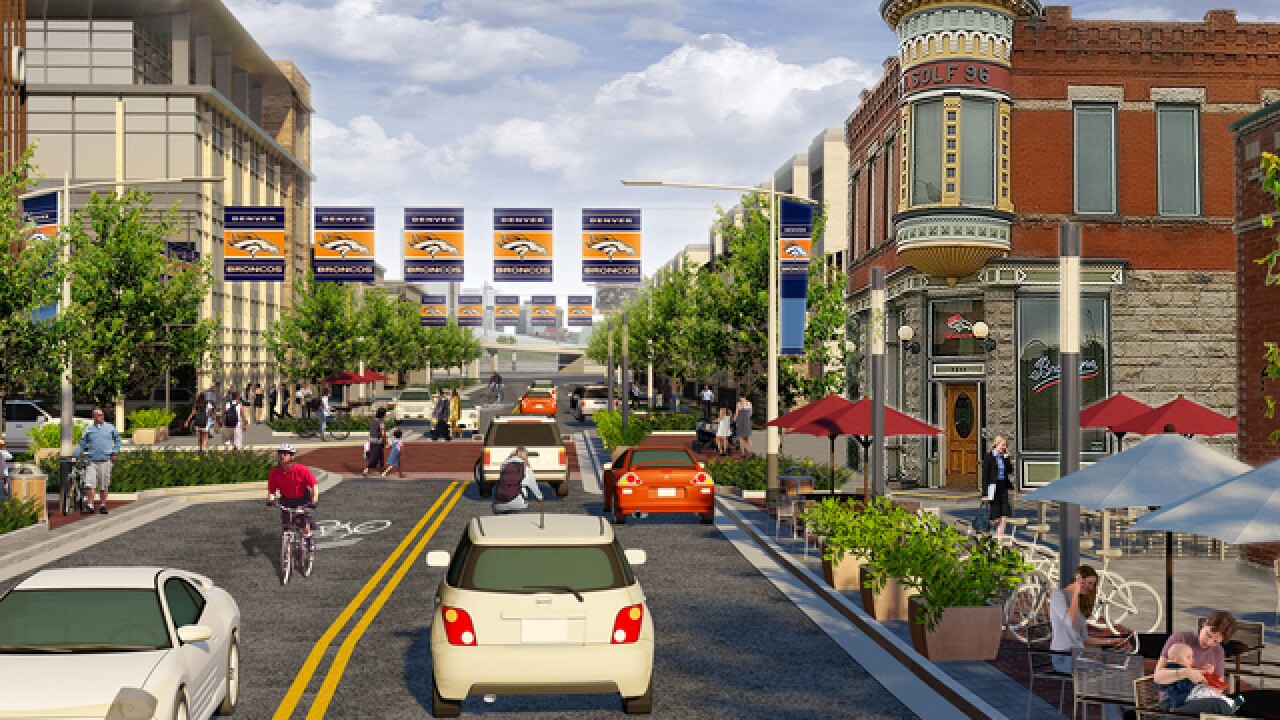 Denver Community Planning & Development
<p>The Denver Broncos and the Metropolitan Football Stadium District aim to create a mixed-use, entertainment-focused district that would become a destination year-round and not just on game days.</p>

DENVER - The city of Denver and the Denver Broncos are working on a proposal to redevelop a large swath of land south of Mile High Stadium and they want the public to help shape the project's plans.

City planners in Denver's department of Community Planning and Development are taking the lead and will organize public meetings to gather input on plans for a 52-acre redevelopment of land that currently serves as parking for the stadium. The project is a joint venture of the Broncos and the Metropolitan Football Stadium District.

The goal of the proposal, which is in its very early stages, would be to create a mixed-use, entertainment-focused district with housing, restaurants and other businesses that would become a destination year-round and not just on game days.

The Broncos also hope the area will become an additional revenue source that will help with maintenance and improvements at the stadium. Any parking that's lost to development will be replaced.

The redevelopment project was spurred on by the Decatur-Federal Station Area Plan, which was established in 2013 and called for a year-round, mixed-use district to complement the stadium and the surrounding neighborhood.

"This is an opportunity to realize the recommendations in the neighborhood plan, including improving critical transportation connections between the site and nearby transit, downtown, Sun Valley and west side neighborhoods, the highway and the South Platte River," said Denver Community Planning and Development Executive Director Brad Buchanan. "The Stadium District can transform its surface parking lots into a neighborhood asset, and we want to work with the community to guide that transformation and ensure it conforms to Denver's values."

Officials said residents of an under-construction Denver Housing Authority development in the area also will have a say in how the project unfolds.

Construction on the stadium district is still several years away and the city won't begin holding public meetings until later this spring.

For more information on the project, log on to denvergov.org/stadiumdistrict.