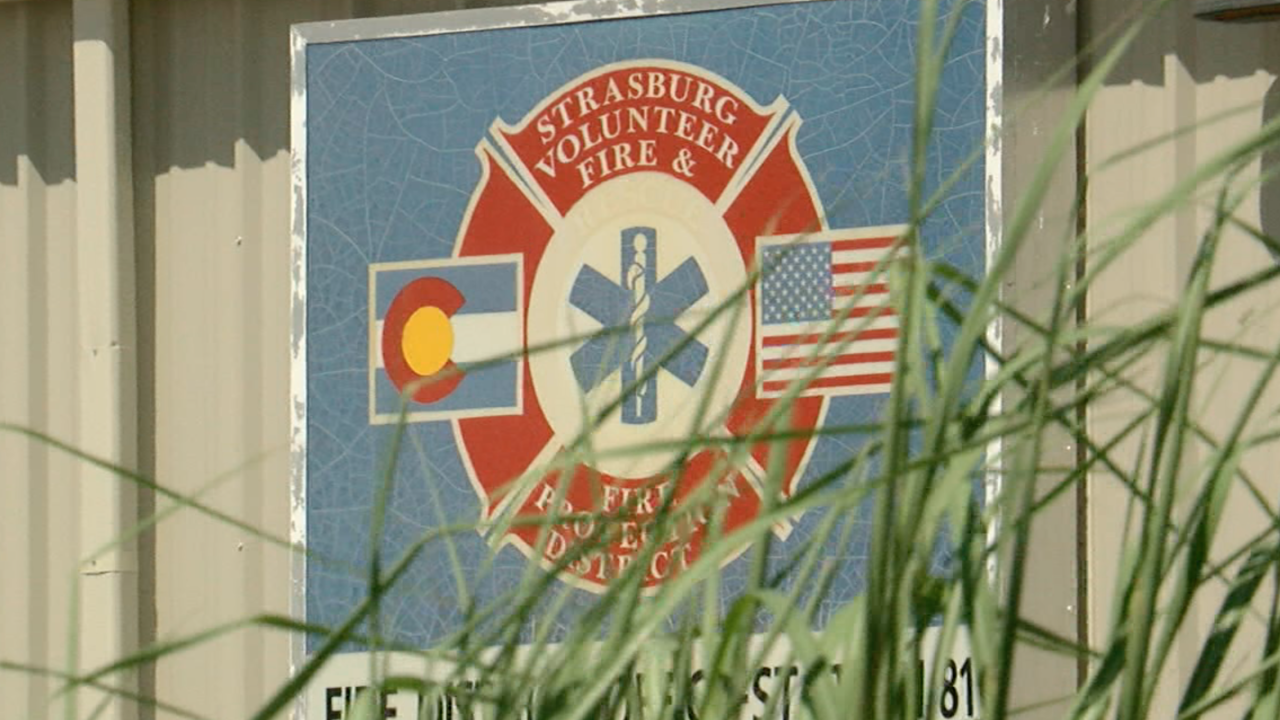 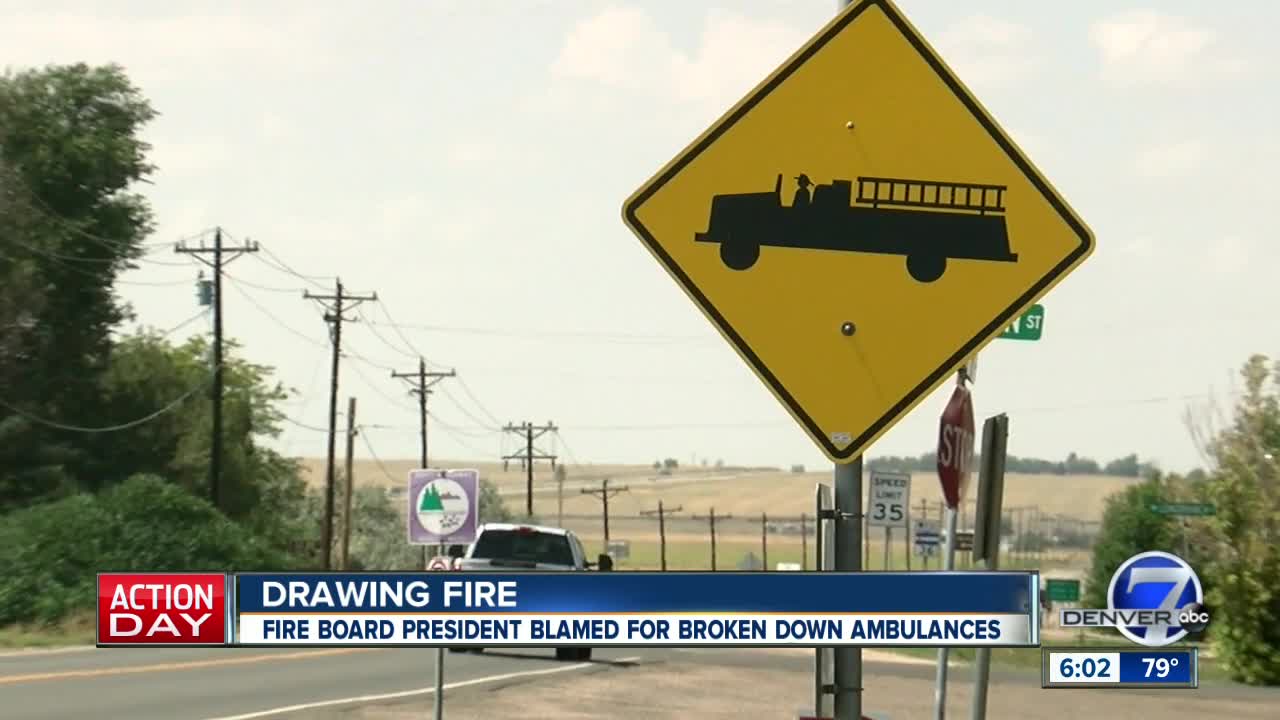 STRASBURG, Colo. — After multiple emergency vehicles broke down, including an ambulance with children inside, a concerned group came forward with accusations of how and where the fire protection district’s equipment is repaired and leveled accusations of corruption against those in charge.

“Three of seven of our first due apparatus are out of service right now,” volunteer firefighter Brad Jones told Denver7.

Jones is also the executive director of "Friends of Strasburg Fire," a group dedicated to promoting "quality fire and emergency services in the Strasburg Fire Protection District,” according to their Facebook page. That group is the one who originally brought the issues of breakdowns forward.

“We have an ambulance that broke down at highway speed, running lights and sirens emergent to the hospital with three pediatric patients in the back,” he described.

He added that there is another engine with a broken pump and a brush engine that will be out of service for six weeks.

“We have a concern over the maintenance of vehicles to provide safe service to the public,” he said.

That brought the group to the governing body of the Strasburg Fire Protection District, a five-member elected board.

“The board has mandated to the fire chief that the fire apparatus only be serviced at the board president’s auto shop,” Jones said.

The board president is Don Sherer. He is the owner and operator of Sherer Auto Parts in Bennett, Colorado.

“It is a diesel shop. It is not an emergency vehicle maintenance shop. He has no certification or expertise to work on these apparatus,” Jones claimed. “And that poses a significant safety risk.”

Jones connected that lack of certification to the vehicles that are breaking down, saying that he believes small issues were allowed to become bigger issues because they weren’t fixed or fixed correctly at that shop.

Those concerns were raised at a recent meeting of the board of the fire protection district.

Denver7 went to Sherer’s shop in Bennett to speak to the owner and board president. He would not speak on camera, but called the entire issue a “big fuss.” He went on to say “it’s all been taken care of,” and that it’s “looking like we’re gonna take them to Front Range Fire,” referring to taking emergency vehicles to a different fire district for repairs.

The head of "Friends of Strasburg Fire" did refer to that step as progress, despite the fact that it is more than 70 miles away from Strasburg, in Loveland. Jones also said that any changes do not excuse the fact that the district spent more than $44,000 on repairs (documented in invoices) at their board president’s shop.

“I call this corruption,” Jones said.

Denver7 reached out to the fire chief of Strasburg Fire on Wednesday, but did not hear back.