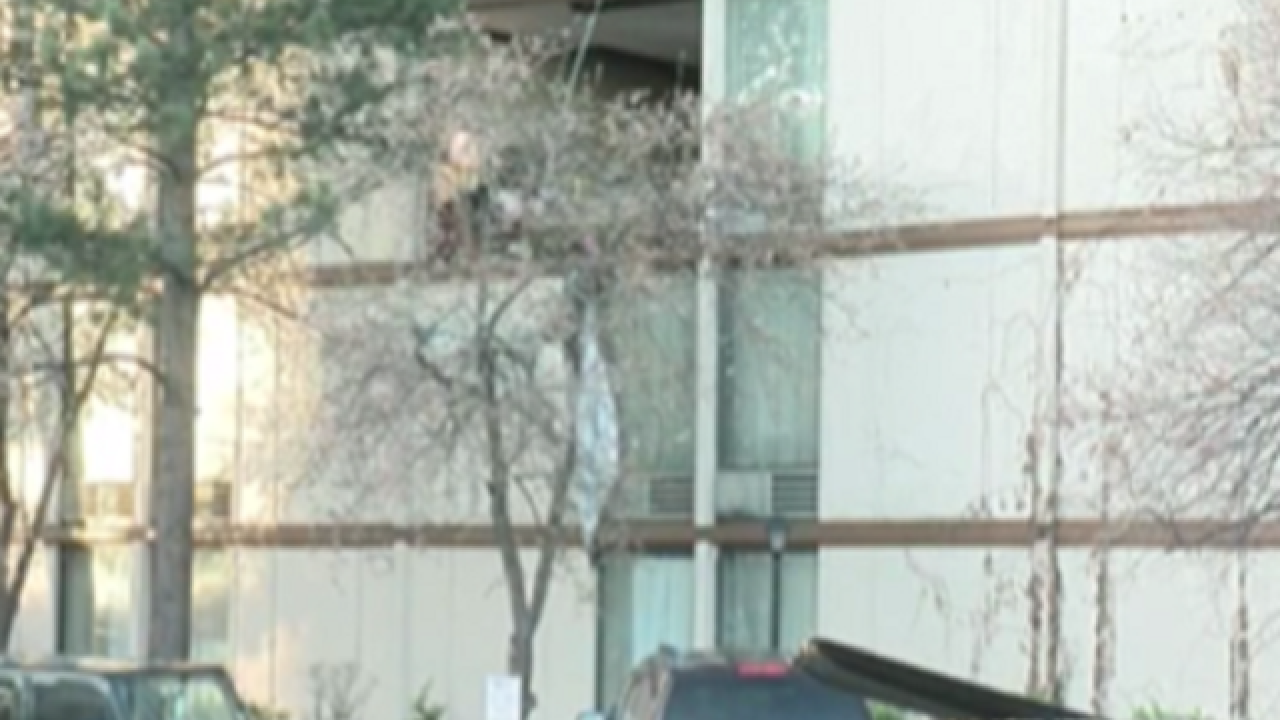 Boulder police have reportedly located the man believed to be responsible for the April 13 explosion at the Rodeway Inn & Suites Boulder Broker hotel.
Police obtained a warrant for Jonathan Tarr, 34, who was located inside of a home on Hermosa Drive in Boulder on Wednesday.
Hash oil explosion damages Broker Inn in Boulder, police say
After receiving medical treatment for injuries sustained as a result of the explosion, he will be arrested and transported to the Boulder County Jail, the city said in a press release.
Tarr faces charges of first- and fourth-degree arson, extraction of marijuana concentrate, criminal mischief and reckless endangerment for the butane hash oil extraction explosion.
He also faces one count of unlawful possession of a controlled substance for having 24.5 grams of methamphetamine.
The damage caused by the explosion was contained to one hotel room and the hallway, thanks to concrete walls inside the hotel, bringing an initial clean-up and repair estimate to $10,000.
Scripps Only Content 2016