Calf rescued in blizzard gets ride in cop car 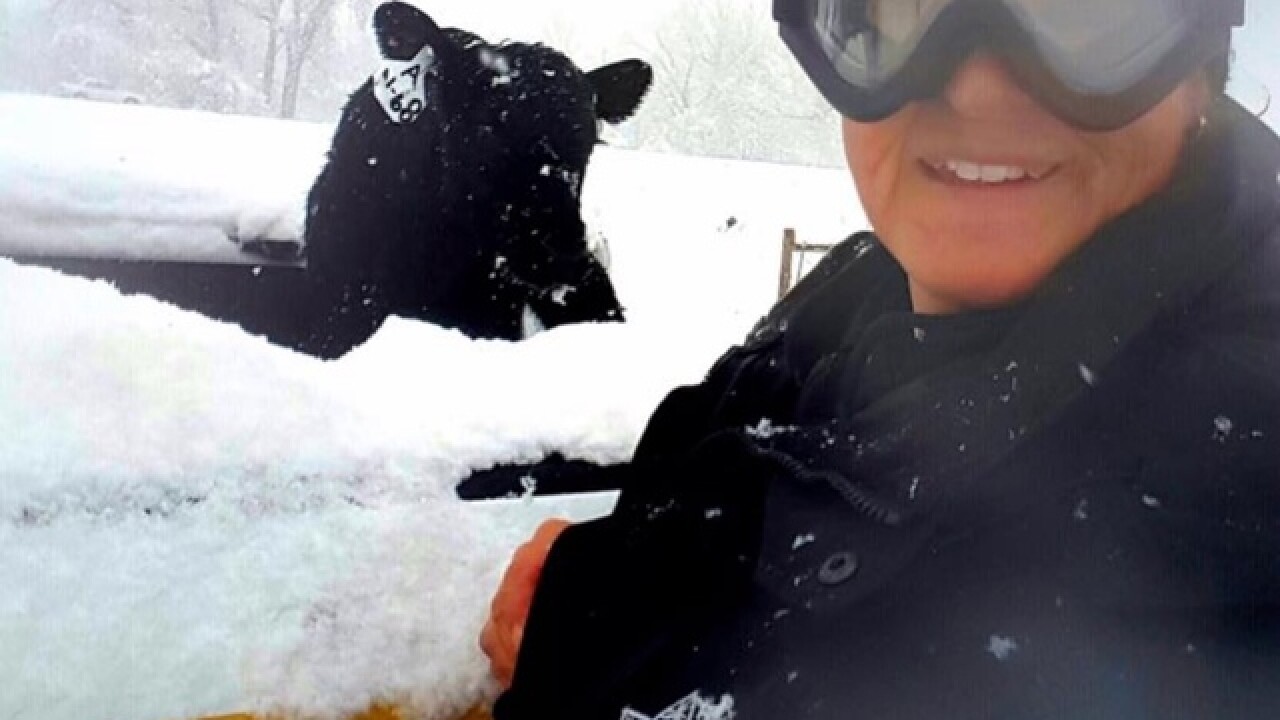 A calf that was in some serious trouble ended up in the back of squad car this week.

A deputy spotted him stuck in a snowy field during the blizzard.

"When there is a major snowstorm, you never know who might need a little help," the Boulder County Sheriff's Office said. "Deputy Sue saw a black speck in a field and went to check it out. She found this little guy buried in deep snow with no other cows around."

"The rancher was also snowed in, so the calf was put in the back of her truck!" officials said on Facebook.

Thanks for your kindness, Deputy Sue!