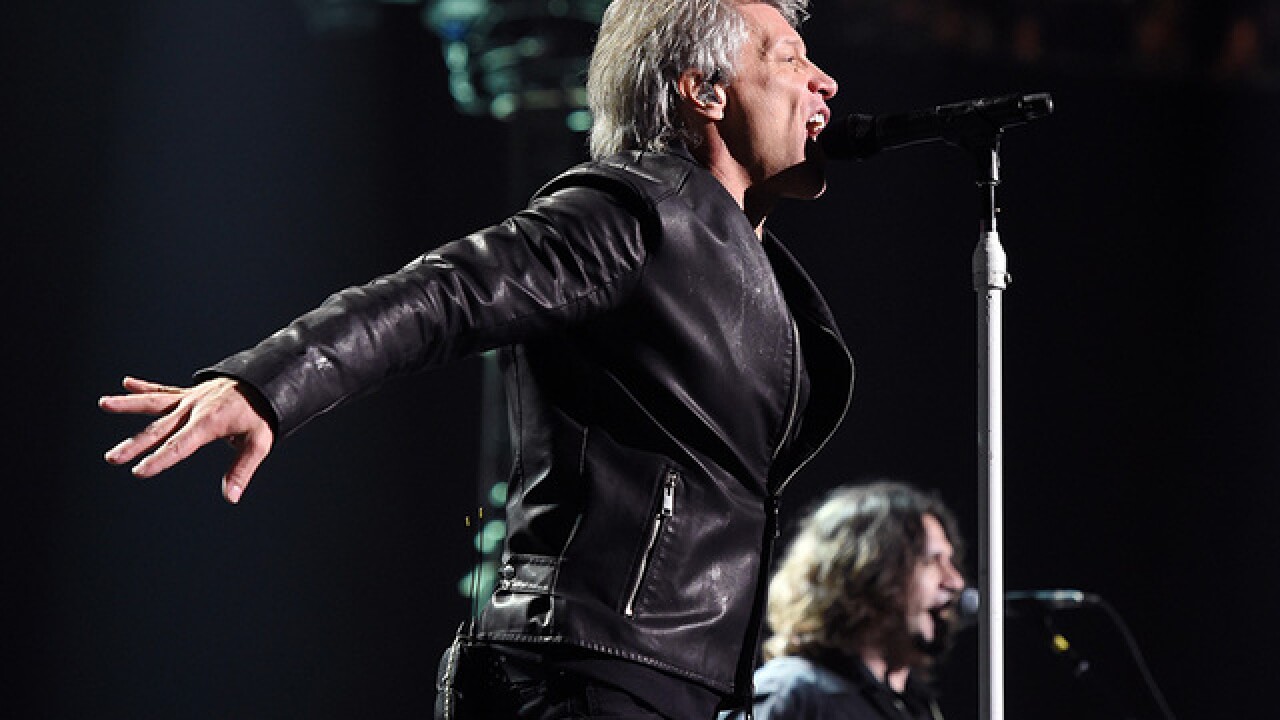 Copyright 2017 Scripps Media, Inc. All rights reserved. This material may not be published, broadcast, rewritten, or redistributed.
Ethan Miller
<p>LAS VEGAS, NV - FEBRUARY 25: Frontman Jon Bon Jovi of of Bon Jovi performs at T-Mobile Arena on February 25, 2017 in Las Vegas, Nevada. He will be at the Pepsi Center on Friday, April 14 at 7:30 p.m. (Photo by Ethan Miller/Getty Images)</p>

DENVER – If you bought a ticket for Bon Jovi’s canceled 2017 show in Denver, you’ll get dibs and a discount on tickets for the band’s upcoming tour stop.

The band said it was forced to cancel its performance last year due to “illness and routing challenges” and as a result, Denver will be the first stop on the spring leg of the band’s ‘This House Is Not for Sale’ tour.

Fans who bought tickets for the 2017 show through Altitude Tickets will be able to buy tickets for the new concert ahead of the general public and at a 50-percent discount. The pre-sale will begin at 10 a.m. on Friday, Jan. 12.

General public tickets go on sale on Jan. 19 at 10 a.m. at altitudetickets.com. Each ticket purchase will include a CD of ‘This House Is Not for Sale.’

In addition to the spring tour leg, Bon Jovi is re-releasing ‘This House Is Not for Sale’ on Feb. 23 with two new songs.