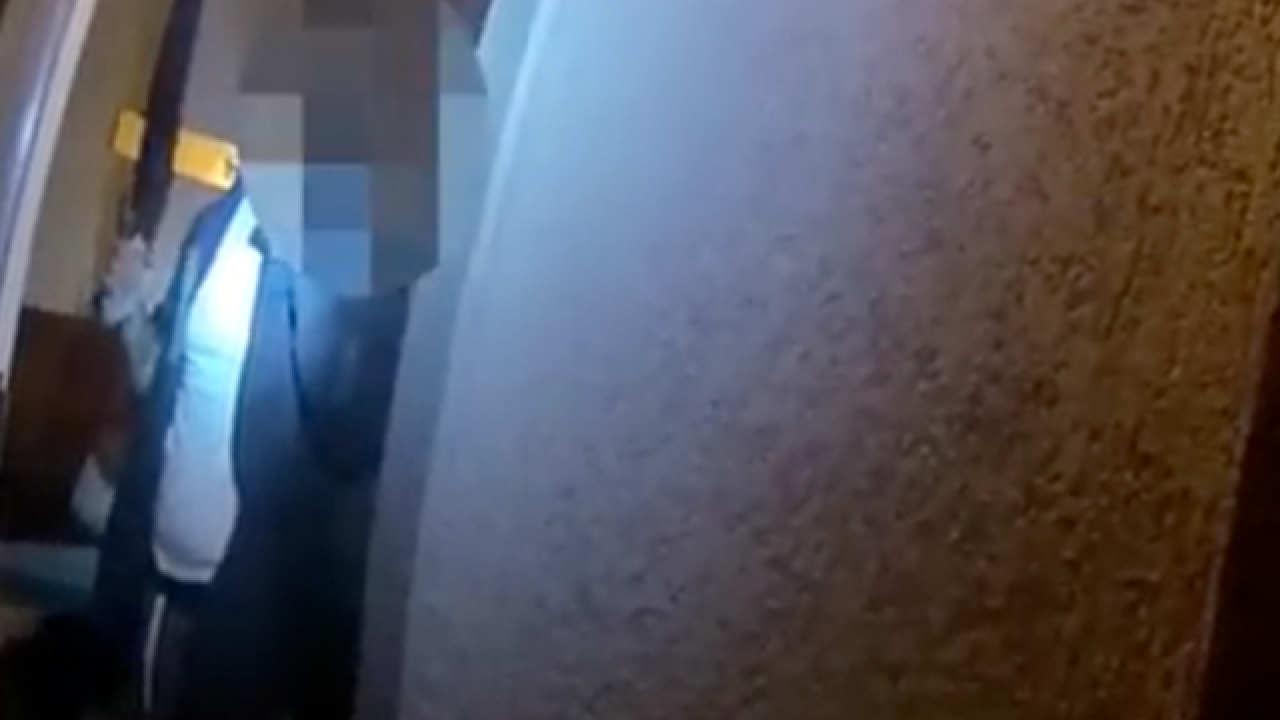 George Randall Newman, 26, died of multiple gunshot wounds in the early morning hours of October 1, 2017, at America’s Best Value Inn at 1809 N. College Avenue. An autopsy revealed he had “extremely high levels of methamphetamines” in his system at the time of his death.

Police were called to the hotel following a 911 call in which the caller said he heard a loud noise and a hole appeared in the ceiling above him.

Three officers arrived on scene and encountered a woman in the parking lot who said she was acquainted with the man in the room from where the gunshot originated. The woman told officers that her 3-year-old daughter was in the room with Newman.

Out of concern for the child’s safety, officers approached the second-floor door and knocked. According to police, Newman answered the door holding a sawed-off shotgun and refused to put it down. Police say the lead officer fired his patrol rifle two times, striking Newman in the chest.

The video shows officers yelling to Newman to “drop the gun” multiple times before opening fire. A young child can be heard crying just after officers move into the room.

WARNING: The video contains images some viewers might find disturbing.

Police later connected Newman to the murder of Fort Collins woman Sherri Allman, whose body was found inside her home four days after the hotel shooting. Police accuse Newman of murdering Allman on September 28, 2017, and then attempted to burn her body. Police say Newman stole the shotgun seen in the video from Allman.

The district attorney’s office later cleared the officers of any wrongdoing, declaring the use of lethal force was justified.