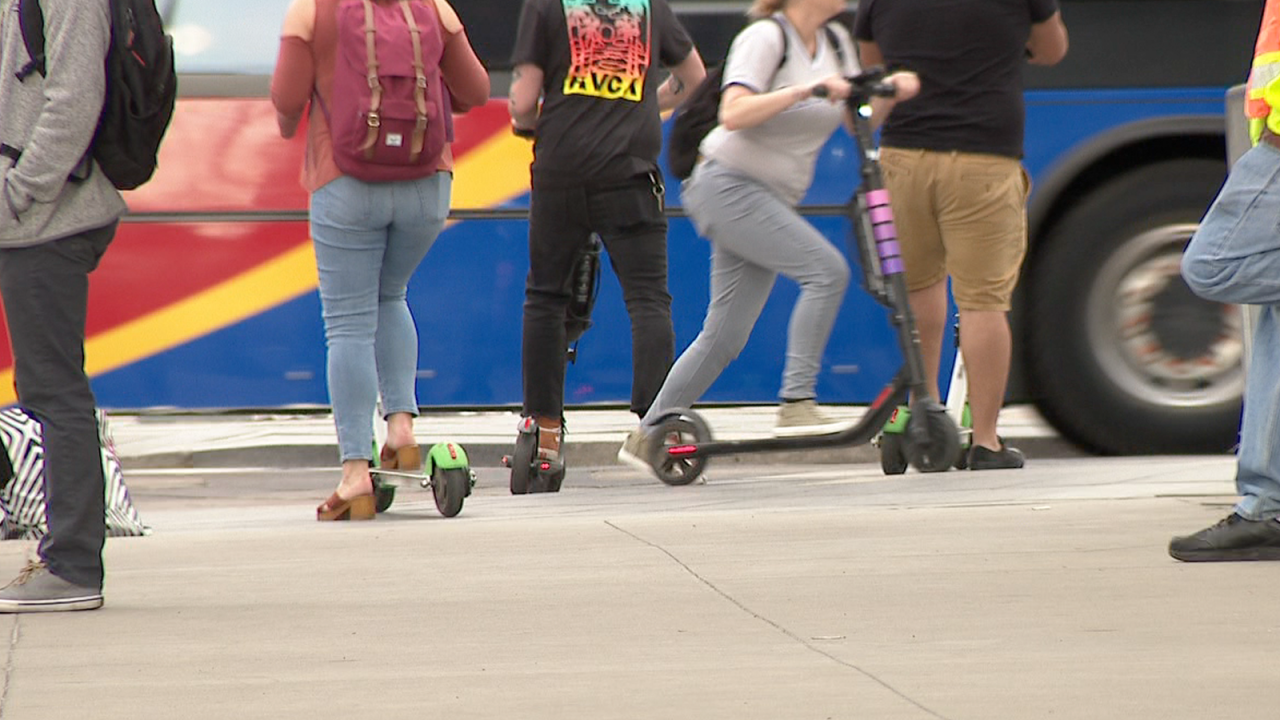 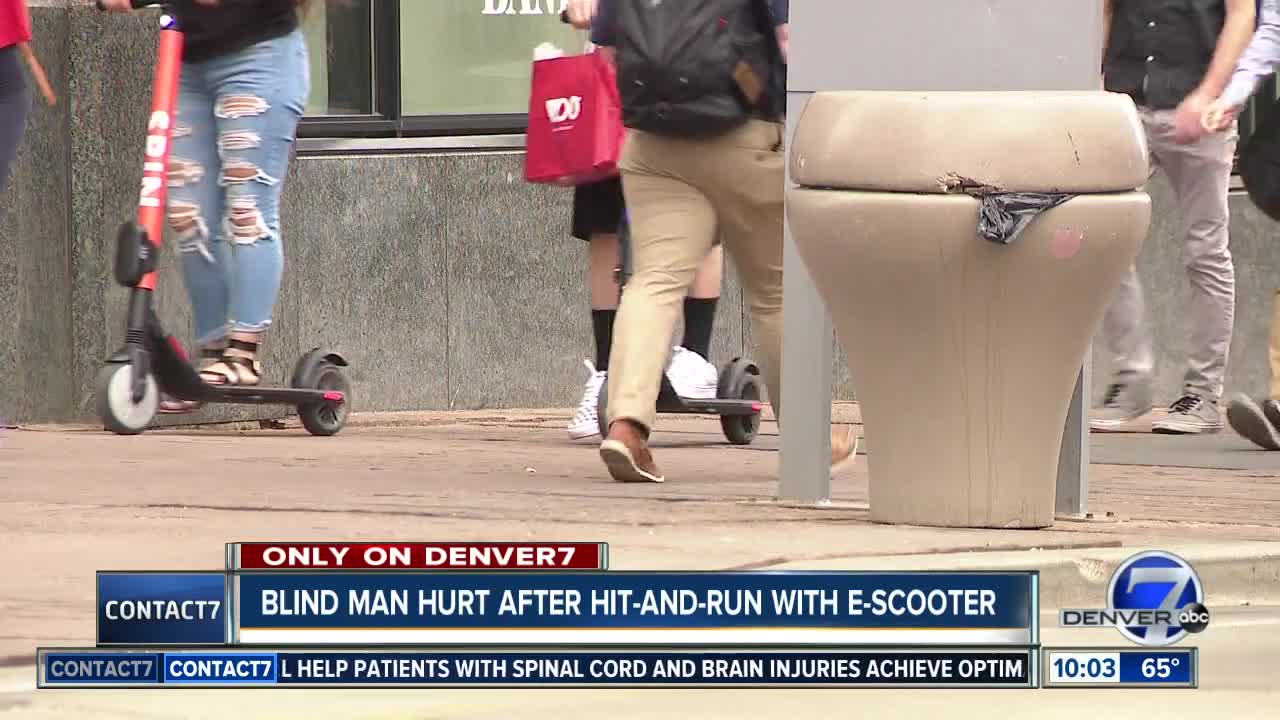 DENVER — A blind Lakewood man is demanding changes to Denver's electric scooter program as he recovers from a broken hip following an incident on the 16th Street Mall Monday morning.

John Gallagher had been waiting for a bus when he was hit by a scooter rider, who then fled the scene.

“I just remember falling and landing on my back," Gallagher said. "It felt like Dick Butkus ran over me.”

The 59-year-old can barely stand after the crash, which shattered his hip and knee.

"She just came out of nowhere," he said.

Gallagher buys and sells vintage cars, Hollywood memorabilia, and games, ranging from Galaga to Astroids. He had been meeting a client when the Lime scooter rider crashed into him.

Gallagher staggered to his feet when the woman — who he said he estimated was 18-20 years old — started to take off, he said.

"I said ‘Hold it! Where are you going?’" Gallagher said.

She replied that she was in the middle of an interview.

Gallagher said after the crash, the woman threatened that she would have her boyfriend harm him if he continued to pursue the matter.

There are several Halo cameras on the corner where the incident took place. Denver police said they have not started to search for the woman because Gallagher hasn't filed a police report.

Gallagher said he believes the scooters are dangerous, and he wants accountability.

"How many people are out there, legally blind people, elderly people, regular people like you?" he asked. “Anybody could get hurt on those things."

Denver police said they've had reports of 17 crashes involving electric scooters since August. Six of those resulted in injuries.

Under the city's new ordinance, scooters are allowed on sidewalks in some instances, and cannot exceed 6 mph. In every case, they have to yield to pedestrians.

Meanwhile, Gallagher is recovering in his Lakewood apartment. He said what he wants is an apology. He said he believes while scooters roam the streets of Denver, he doubts that anyone will live long and prosper.

"I'm just trying to get a message out there that people are riding these things, and they are dangerous," he said.