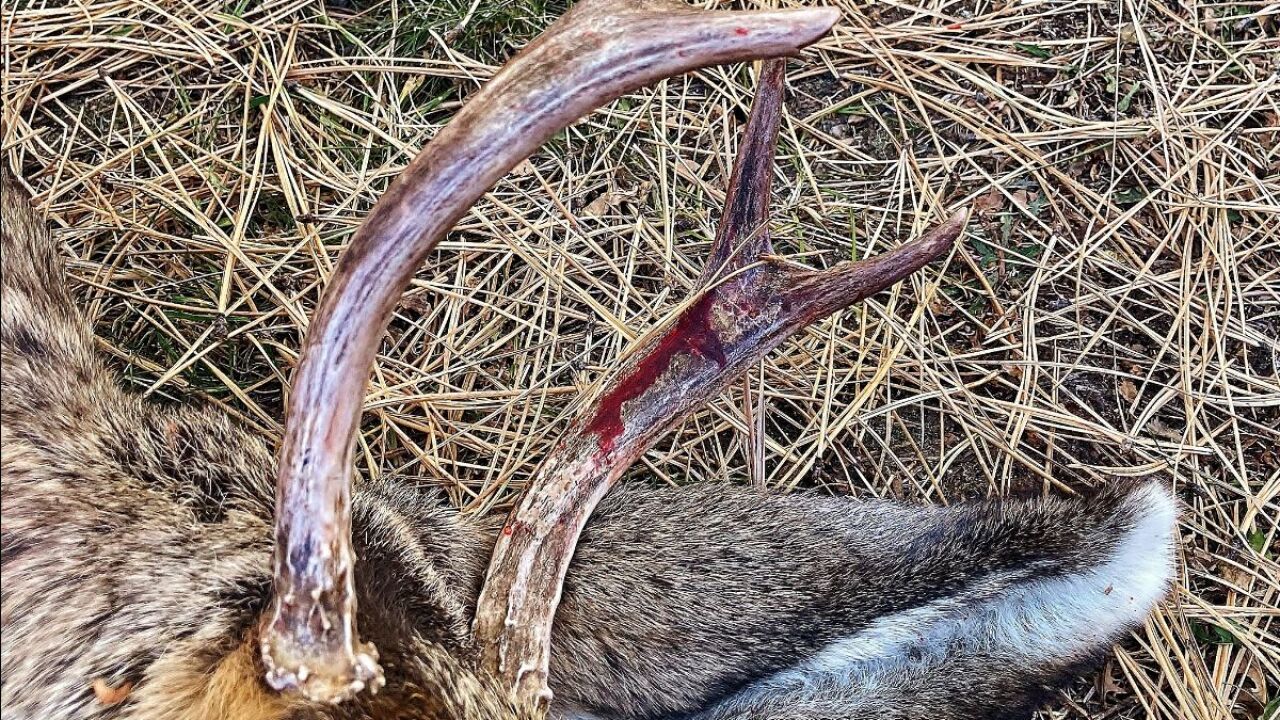 BLACK FOREST, Colo. — A young buck gored a Black Forest woman Friday and now Colorado Parks and Wildlife officers have cited a neighbor for her illegal contact with the animal.

CPW cited Tynette Housley, 73, with illegal possession of wildlife and illegally feeding wildlife after she told officers she took a days-old fawn into her home more than a year ago and raised it. They also issued a warning for possession of live wildlife without a license for keeping the animal in her home, garage and property.

CPW said the victim was walking her dog along a wooden path Friday morning when the 1.5-year-old buck attacked her. The victim told CPW she thought the deer wanted to be "snuggled" when it approached her. When she extended her hand to the deer, it lowered its antlers and jabbed her abdomen.

The victim then grabbed the deer's antlers and they fell to the ground. It continued to gore her until she got to her feet, tried to run to a neighbor's home and, eventually, her own garage. The deer continued to attack her until she ran between two cars in the garage to get away.

She was hospitalized for serious lacerations to the top of her head, left cheek and legs, but is expected to recover.

A young buck approached an investigating CPW officer near the victim's home with blood on its antlers acting aggressively and the officer euthanized the deer.

“This buck showed no fear of the woman and her dog. And when our officer responded to the scene, it approached within a few feet," said Frank McGee, area wildlife manager for the Pikes Peak region. "This tells me the deer was very comfortable around people. Dangerously comfortable. It viewed humans as a source of food.”

“We had a young boy attacked in Colorado Springs in June. And we had a 72-year-old woman attacked and seriously injured in Black Forest in 2017. All three are lucky the results weren’t much worse,” McGee said.

Housley could face up to $1,098.50 in fines and surcharges from the two misdemeanors.

The deer was taken to a lab to test it for rabies and other diseases. Its stomach contents confirmed humans were feeding the deer. The incident remains under investigation.

“We can’t say it enough: Wild animals are not pets,” McGee said. “Feeding deer habituates them to humans. They lose their fear of humans and that leads to these outcomes that are tragic for both wildlife and people. Injured and orphaned wildlife should be taken to licensed wildlife rehabilitators.”