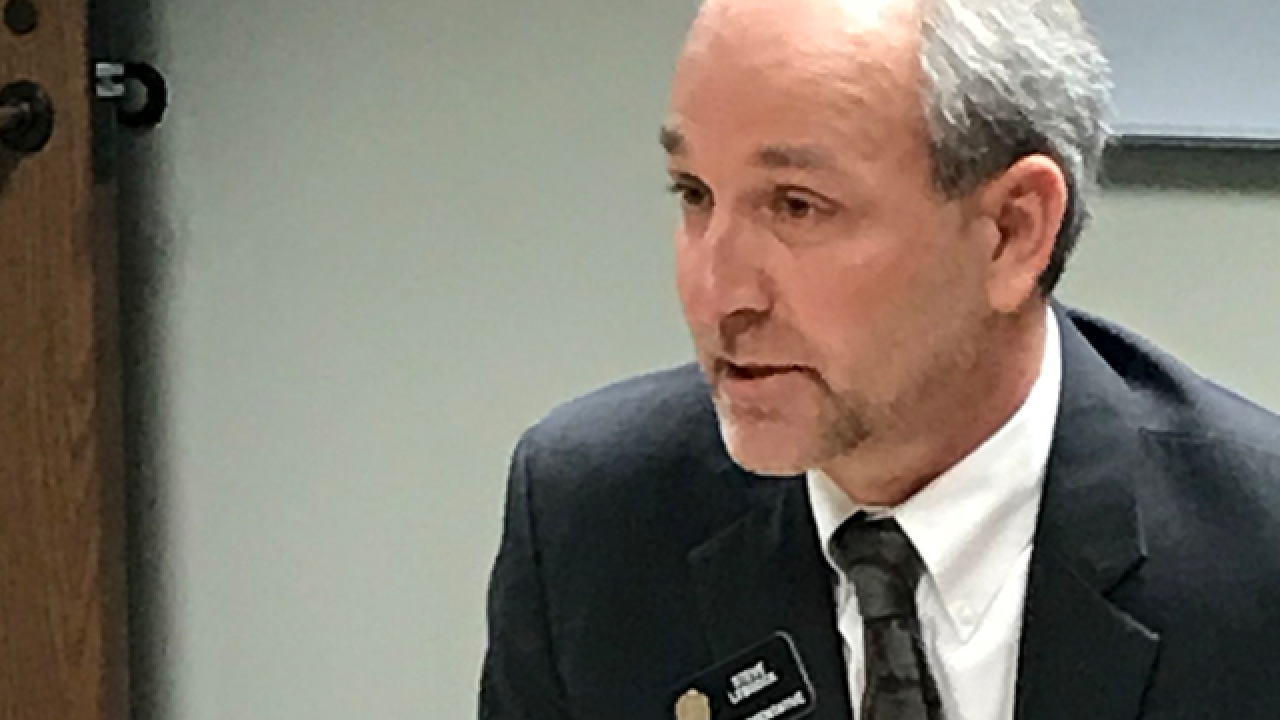 UPDATE: We are updating this story at a new link. Click here for the latest information.

DENVER (AP) — An effort by Colorado Democrats to expel one of their own over sexual misconduct allegations faced tough odds Friday amid Republican objections to how the complaints have been handled.

Democrats who control Colorado's House scheduled debate and a vote Friday on a resolution to expel Rep. Steve Lebsock after an independent investigator concluded that allegations by five women were credible. However, not one Republican has indicated they would vote to expel.

House Republicans said they were concerned about due process, lingering questions about the investigation and the fact that the expulsion resolution gives no other option such as censure.

Lebsock, who has denied wrongdoing, challenged the impartiality of the outside investigator at a hearing Thursday. The full investigation has not been released publicly.

If Democrats get the two-thirds vote required, Lebsock would be the nation's second state lawmaker expelled over sexual misconduct allegations since the rise last fall of the #MeToo movement in which millions of women have shared their harassment experiences via social media.

Arizona Republican Rep. Don Shooter was expelled Feb. 1 over misconduct claims. A California state senator resigned just moments before his colleagues sought to formally expel him after a series of sexual misconduct allegations.

Complaints and investigations into alleged misconduct are considered confidential under the Colorado Legislature's workplace harassment policy.

There are no specific sanctions guidelines under that policy, one which, like others across the country, is under review.

House Republicans said they deplore sexual harassment, but want time to study the investigator's report and discussed appointing a special committee with subpoena powers to review the matter.

But Democratic leaders insisted the vote go forward — even if they appear to lack the votes.

"At some point we have to ask ourselves: When is enough, enough?" House Speaker Crisanta Duran asked her fellow Democrats on Thursday.

A two-thirds vote is needed for the measure to pass — 44 votes in the 65-member chamber. Democrats hold only 37 seats, including Lebsock's.

Lebsock's case began in November when public radio station KUNC-FM reported the first of the allegations, including claims by Rep. Faith Winter that Lebsock accosted her at an end-of-session party in 2016.

"My question is: Why was it not serious then to them?" said Colorado Springs Rep. Dave Williams.

Duran insisted she acted according to Winter's wishes at the time. Winter only went public after other women began speaking out about Lebsock.

Lebsock says top Democrats are trying to help Winter win a Senate race this fall that could tip the balance of power in that chamber, which currently is narrowly held by Republicans.

"The retaliation against me by the speaker and others & the lack of due process is disappointing," Lebsock tweeted Thursday.

The debate has engulfed both chambers at Colorado's statehouse.

Senate President Kevin Grantham decried the process Thursday and urged Denver's district attorney to investigate whether Lebsock and others committed any crimes.

However, District Attorney Beth McCann said a complaint must be filed with police before her office could investigate.

"Why is it so difficult to believe multiple allegations from multiple women that were found to be credible from an independent investigator about sexual harassment?" Winter tweeted Thursday. "This is sending the wrong message to other victims."

House Majority Leader KC Becker questioned the wisdom of raising the bar for people who say they were harassed.

Democratic Gov. John Hickenlooper also objected to Grantham's proposal, saying in a statement that in "the case of Rep. Lebsock, an investigation is concluded and the House of Representatives should proceed under the rules it has established."

Democrats accuse GOP leaders who control the Senate of foot-dragging in announcing what actions, if any, they were taking against three Republican senators accused of misconduct. One of them stepped down as a committee chair but denied wrongdoing.